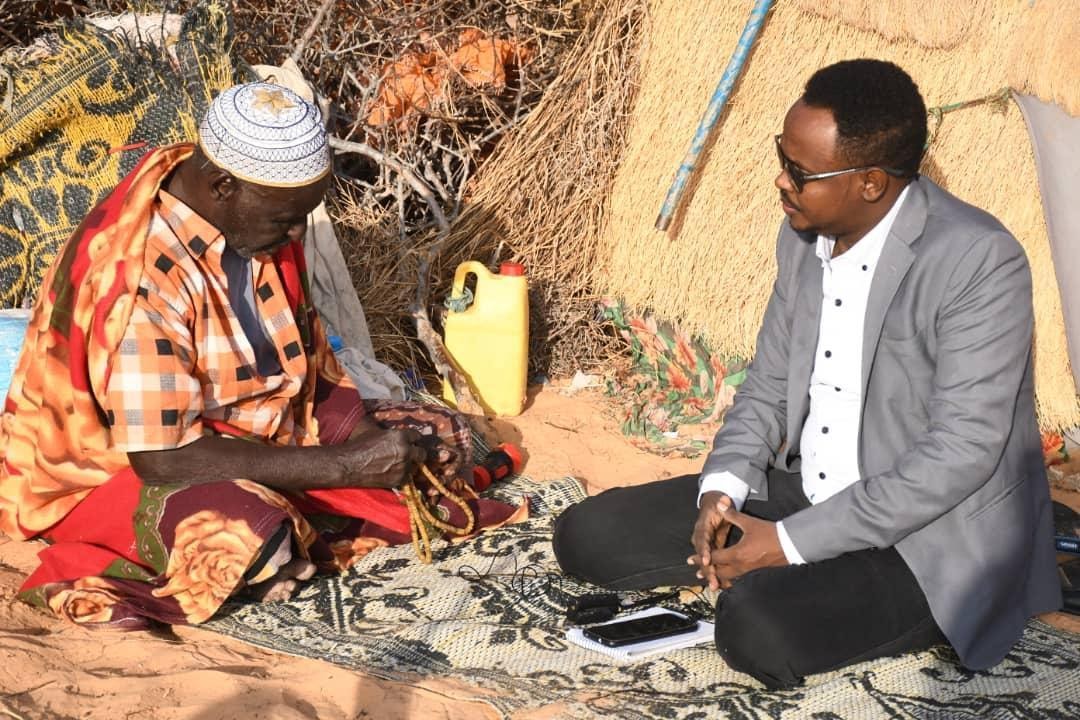 “We didn’t know what to do when we saw the bleeding. We booked a car to take the girl to hospital but unfortunately, she died when the car arrived”, her 45-year-old mother Nadifo Ahmed said. The girl bled to death around 4.00 PM, having been cut at 6.00 AM.”

Fartun was cut by a traditional cutter who also worked as a local midwife. She remains in the village.

FGM in Somalia has been carried out for hundreds of years because most people believe it is a religious obligation, although Christian and Muslim religious scholars have repeatedly condemned the practice. The message that FGM is not a religious requirement has not reached many populations across Africa and Asia.

“The religious scholars, Christian and Muslim, are all clear, that cutting girls is not a religious obligation… but the message has not reached many people.”

“We need to redouble our efforts to use local media to get the end FGM message out there- this has to stop,”

Naimah Hassan Programme Director of the Global Medi Campaign to End FGM that uncovered the story of the girl’s death.

The number of girls being cut is also increasing according to the UNFPA due to COVID-19 as more girls are locked down at home- and cutters are touting for business. According to the journalist working with the Global Media Campaign, Hassan Abdirahman, who visited the remote nomadic settlement, Fartun was cut with her 9-year-old sister Bisharo Hassan – the cutter was called to cut girls from three families near the village of Jeerinle had planned to cut four girls last Sunday morning. Nine-year-old Bisharo was cut first- a process that takes on average 20 minutes per girl with a razor blade- but when it became clear that the second girl, Fartun, was bleeding heavily – the multiple cutting was abandoned.

In Somalia, more than 90 percent of girls are genitally mutilated. The most extreme form of FGM is carried out on girls at puberty or before. In Somalia, this includes the forced removal of all the external female genitalia, usually with a razor blade and the sewing up of the vagina.

Fartun, who came from a pastoralist family, had been lived in a house with about six members of her family, and the village has neither a hospital nor a Mother and Child Health centre, while the nearest hospital is situated in the small town of Xingod 10km from Jeerinle.

Nadiifo, the mother, and her husband (Hassan Ahmed) said they regretted their decision to call a cutter to circumcise their daughter who at 13 was subjected to mutilation at the older age of 13 since the family were on the move and had delayed her mutilation.

When the father was asked why his daughter, who was 13 years old, was cut and not at the usual age of 8 to 10, the father said,

“We are nomads; we have been looking for someone to circumcise children. For some time.”

Girls in Somalia are usually subjected to FGM aged 8-10.

“There is a bigger danger for girls who are older. They are bigger and stronger and struggle more – to the damage a razor blade does can be worse,”

said Dr Comfort Momoh, who has spent over 20 years working with the after effects and complications of FGM.

“There are deep arteries leading into the muscular wall of the vagina and also into the uterine arteries. The clitoris is also suppliedwith artery blood. FGM is a killer,”

Her father, Hassan Ahmed, an 80-year old blind man and goat herder said his daughter had been a hard worker and helped him herd the goats and helped him at mealtime.

“She used to take me to the tree and cook food for me. She was holding my hand. We wanted the girl to be circumcised because we are a mother and father – the mother suggested circumcision, and I did not object. We all decide.”

The child’s father has two wives and ten children and said that all his daughters had been “circumcised.”

The Global Media Campaign contacted the local police, said they had called the family for an interview but no one had been arrested following the death of the girl.

“ But, we will investigate further, it is the first time that such an incident has happened in the village, The Federal Police have a plan to raise awareness of such issues”

But, Hassan Abdirahman, the freelance journalist who interviewed the family for Somali TV said:

“I was told that about 20 girls were circumcised in a village, east of where the girl died. I was also told that many other girls had been circumcised but only the news of Fartun was heard. There is talk of the problem of female genital mutilation, many girls have already died but now the news of the death of 13-year-old Fartun is new that girls are bleeding to death. They said the bleeding was caused by a lack of a hospital”

Naimah Hassan, the Programme Director of the Global Media Campaign who support local activists to campaign on local media to end FGM, said:

“On Sunday, it was Fartuna who bled to death after FGM, and in the next village east of Jeerinle, another 20 girls were mutilated. We have no idea of how many young girls are dying because of FGM; what we do know is that a girl is cut every 6 seconds – 4 million a year according to the UN, and this horror must stop- the fact that FGM is not a religious obligation has to be communicated urgently through local radios as soon as possible.”

UNFPA Representative for Somalia Anders Thomsen reiterated the call on the Government of Somalia to pass the zero tolerance for FGM legislation and the Sexual Offences Bill to act expeditiously to end the practice and protect the rights of girls and women.

“It’s disheartening to learn about Fartun’s death. This practice should not be happening in this day and age. FGM scars girls and women and endangers their health for life depriving them of their rights and denying them the chance to reach their full potential,”

Mireille Tushiminina, who the the UNFPA-UNICEF Joint Programme on the Elimination of
Female Genital Mutilation said:

“We are deeply saddened by the recent tragic death of 13- year-old girl Fatuma in Somalia while undergoing Female Genital Mutilation (FGM). We are outraged that such senseless deaths still occur in 2021. It breaks my heart when at this age and time, up to 99 percent of girls under the age of 15 are continuously facing the threat of undergoing FGM which is ingrained in many cultures globally such is the case today in Somalia. This incident has once again thrown a spotlight on the suffering of millions of girls and women in Somalia and worldwide who have undergone FGM. Globally, there is an estimated 200 million women alive today who have undergone FGM for whom their bodily autonomy is denied, which is one of the horrific violations of women’s and girls’ human rights. An estimated 68 million girls will be subjected to female genital mutilation by 2030 if we don’t accelerate our efforts to end this harmful practice. Now more than ever, we need stronger and bolder action. We urge the government, religious leaders, civil society organizations, and media, local communities to fight this harmful practice that violates girls’ rights to bodily autonomy, sexual and reproductive health, their right to protection and to live free from violence, and in extreme cases like Fatuma’s – their right to life.”

UNFPA reiterates its call for the speedy passage into law of the FGM Bill, which has been pending adoption by the Parliament. The law will be vital in preventing and criminalizing all harmful practice offenses. UNFPA Somalia calls for the strengthening of protection systems as women and girls continue to be at high risk of experiencing these negative social norms in the context of Somalia. Through the full support of our donors and their renewed commitment to this decade of action, the joint programme is committed to eliminating this harmful practice and has dedicated the next course of action in shifting its approached to deliver the global promise to end FGM by 2030.

Ifrah Ahmad, of the Ifrah Foundation who has also led a number of anti-FGM media campaigns in Somalia to get the message out that FGM is not a religious requirement said:

“I am very sad to learn of the death of another young girl in the Somali region directly as a result of FGM. Both parents made the decision to cut their daughter because they believed it was the right thing to do… I am reminded of Deequa’s parents who also were devastated when their daughter died in the same way in Galmudug. It makes me even more determined to bring an end to this practice once and for all. Enough is enough we must stop cutting our daughters.”

On 14 July 2018, a 10-year-old girl Deeqa Dahir Nuur has died after undergoing female genital mutilation in the village of Olol, roughly 65km from Dhusmareb, in central Galmudug state.

For futher information on FGM in Somalia go to https://globalmediacampaign.org/category/english/media-campaigns-to-end-fgm-in-somalia/

Kipainoi is Director of Communications at GMC, and is working with activists to effectively run their media campaigns to end FGM in 9 African countries. He is an award-winning multimedia journalist covering women's rights issues and has been published on the BBC, Deutsche Welle, The New York Times, among others. He produced the End FGM Podcast and hosted the End FGM Live, bringing together local and global stakeholders working at the End FGM campaign during the Covid-19 pandemic.