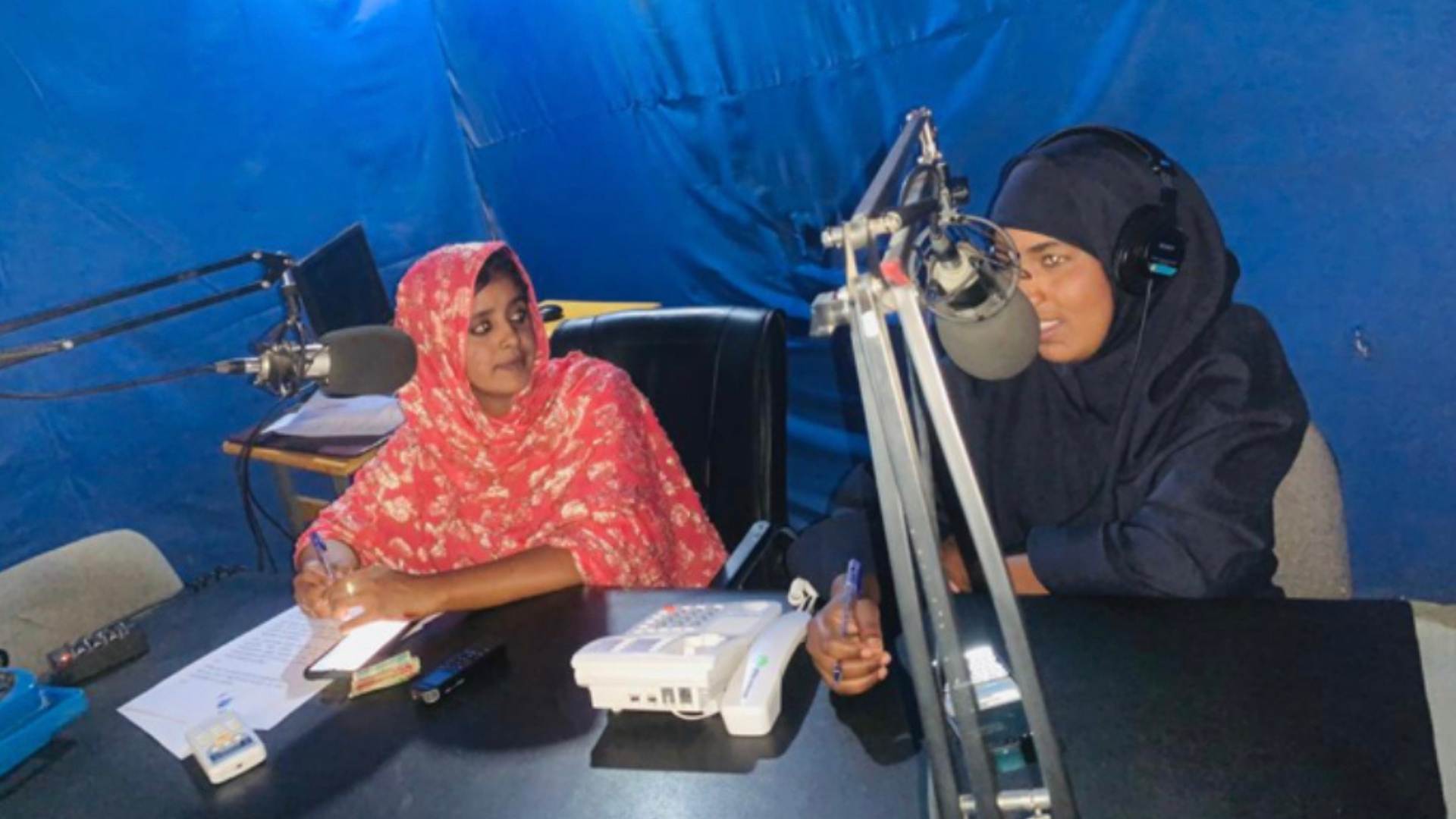 Ubah Jamal Mohamed is a Journalist working for Jijiga FM Radio and a journalist by trained Global Media Campaign for the last two years to do the best the media campaigns. Ubah is a media campaigner who is interested in ending FGM and eradicating harmful traditional practices in the Somali region.

To celebrate the international day of zero tolerance for FGM on 06 February, I organized a radio talk show, which I hold two reproductive health specialists from the largest government-run hospitals in the Somali region such as Jigjiga university Sheik Hassan Yabaree referral hospital and Karamara general hospital.

Our success was to hold the radio talk show in live telecast so that the audiences listened to the message and participated on the telephone call by sharing their experience, providing their suggestions, and asking the hosts how to end FGM at zero tolerance. In the talk show, the two reproductive health specialists analyzed the health impacts of FGM deeply.

Hassen is a part of the health experts in the Somali region, and he started his speech as follows:

“The unmutilated girls are more healthy and active than the mutilated Girls. Those that have gone through FGM suffer a huge risk and pain during giving birth and when their periods come. Cutting the nerve ends and sensitive genital… Click To Tweet

He also spoke about the other Risks from FGM:

• Excessive bleeding (hemorrhage). Can result if the clitoral artery or other blood vessel is cut.
• Shock
• Genital tissue swelling
• Infections
• Human immunodeficiency virus
• Urination problems
• Death.
• And others.
Finally, he advised the audience’s mother to take care and not to do these bad deeds.

Faysa is a midwife that works in sheikh hasan yabare referal Hospital and she said:

"Every day we meet with pregnant mothers at the hospital. We see all the problems and risks that are possible and it is frightening." Faysa Isma’il, Midwife from Jijiga, Ethiopia. Click To Tweet

“As we are aware of Female genital mutilation (FGM) involves the partial or total removal of external female genitalia or other injuries to the female genital organs for non-medical reasons. The practice has no health benefits for girls and women.”

Finally, she advised and suggested to the audience to avoid doing these deeds.

“The child girls do not deserve to meet these terrible inflictions.” Faysa Isma’il – A Midwife Frightened by the problems that FGM Survivors & mothers to be face – Speaks out on Radio Jijiga, Ethiopia   Click To Tweet
Tags: Ubah Jamal Mohamed