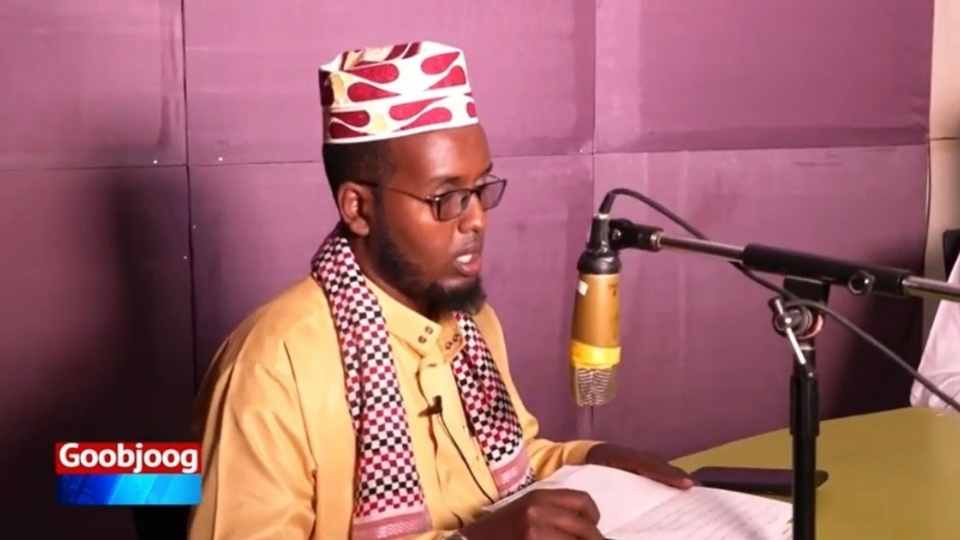 My name is Abdirahman Moalim Mohamed working for Goobjoog TV in Mogadishu, Somalia.

The history behind the day of the African child on June 16, 1976, nearly ten thousand black students from Soweto, South Africa, marched the streets to protest the poor quality of their education. They marched as a way to demonstrate their disapproval of the Black Education Act, which segregated students based on their race.

Hundreds of innocent students were shot by security forces. And in the 2 weeks of protest that followed, dubbed the Soweto Uprising, more than a hundred students were killed and thousands were badly injured.

On 16 June 2021, I hosted a TV program that was attended by IDP camp leaders and religious leaders. The reason I invited the IDP camp leader was to raise awareness about the protection of girls in the camp. The number of FGM cases in the camps during the COVID-19 was high.

According to the latest Somali Health and Demographic Survey, 99 percent of women between the ages of 15 and 49 have been subjected to this extremely harmful and unacceptable practice.

My TV program was successful and I did not see any obstacles, and the religious leader and camp leader provided important information about the religious and cultural aspects of the community. I also visited the IDP camp on the outskirts of Mogadishu, where I made a brief report on the situation of children in the camp and FGM.

The reason I visited the camp was to celebrate with the children especially the girls who have not yet been circumcised and to remind the parents and daughters of the problem of FGM and how to eradicate the FGM.

FGM is condemned by the World Health Organization as a violation of the human rights of girls and women. An estimated 200 million girls and women worldwide have undergone FGM, which is practiced in at least 27 African countries and parts of Asia and the Middle East.

“FGM is one of the most extreme manifestations of violence against girls,”

“Children are the future of the country; if they do not get someone to take care of them, then their life will be hard.”

“The community and government have a responsibility of caring for children. You are nearly always liable for the child’s maintenance.”

“It is very important to start parental education programs for children′s rights if we want to protect the rights of our children in #Somalia.”