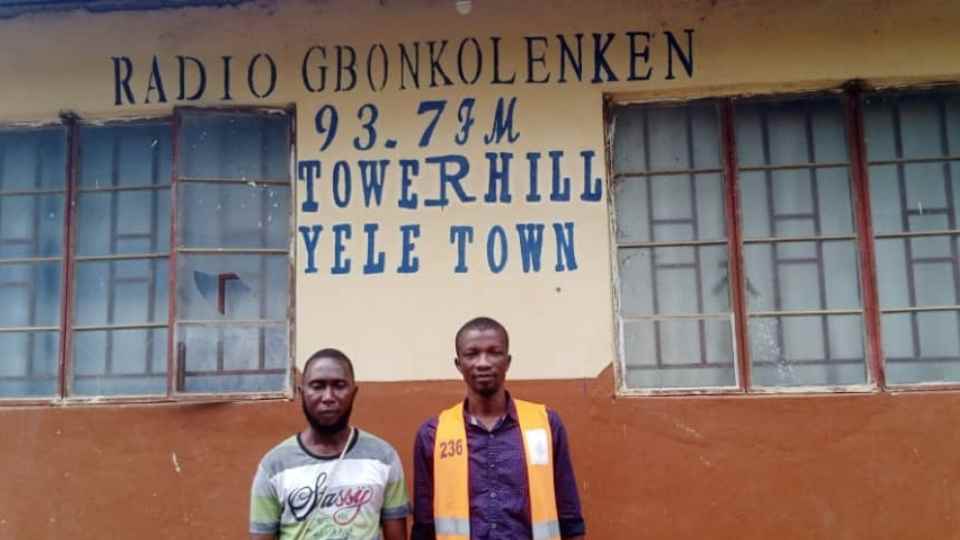 The Global Media Campaign funded Team Western Area Rural for media campaign on June 16, The Day of the African Child to continue raising awareness on the dangers of Female Genatal Mutilaton (FGM).

The Radio Discussion programme was hosted at Justice Radio 98.5 FM linking other major radio stations across the country such as Start Radio 103.5 FM, Radio Democracy 98.1 FM, and Tumac Radio 89.3FM.

The topic of discussion was FGM and the African Child. Our target audience was the entire Western Area Rural that was why we connected other radio stations within the Western Area to cleary understand the dangers associated with FGM.

We invited Child Rights Organizations, Religious Leaders, a victim of FGM, and a non-cut girl to our radio programme.
In the radio discussion program, we also allowed our audience to contribute through a phone line that was opened for text and Whatsapp messages.

Our studio guests included the following: Susan Saffa an uncut girl, Agnes Sesay a victim of FGM, Rev. Martha Chigozie is a Religious leader, and Mohamed Marval Thoronka a Human Rights Activist.
The role of the survivor of FGM being in the programme was to let the public understand how it feels to be a survivor of FGM in society. The significance of the Human Rights Activist is for the public to have a better understating that the issue of FGM needs to be discouraged out rightly and also dialogue with the government to take actions relating to ending FGM in Sierra Leone. The religious leader’s role in the program was to reveal their stance on FGM and that FGM is not part of their religion and women and girls should not be cut. The role of the uncut woman is to let others know the benefits of not going into FGM (Bondo Society).
The presenter’s role is to bring out the message through the kind of questions thrown to studio guests. Other members of the team are the recipients of the text and Whatsapp messages and give them to the presenter to read out on the programme.

Overall, the June 16 implementation of the media campaign was a success being that amongst the messages that were sent, we feel encouraged that people are responding positively.
Although some are still resistant, we are sure to continue to reach out to their homes through our robust media campaigns.

As a team, we recommend that such a robust media engagement should continue in a bid to educate the public on the dangers of cutting our women and girls. If possible we would like to engage the people every month through the media to continue raising awareness on FGM.