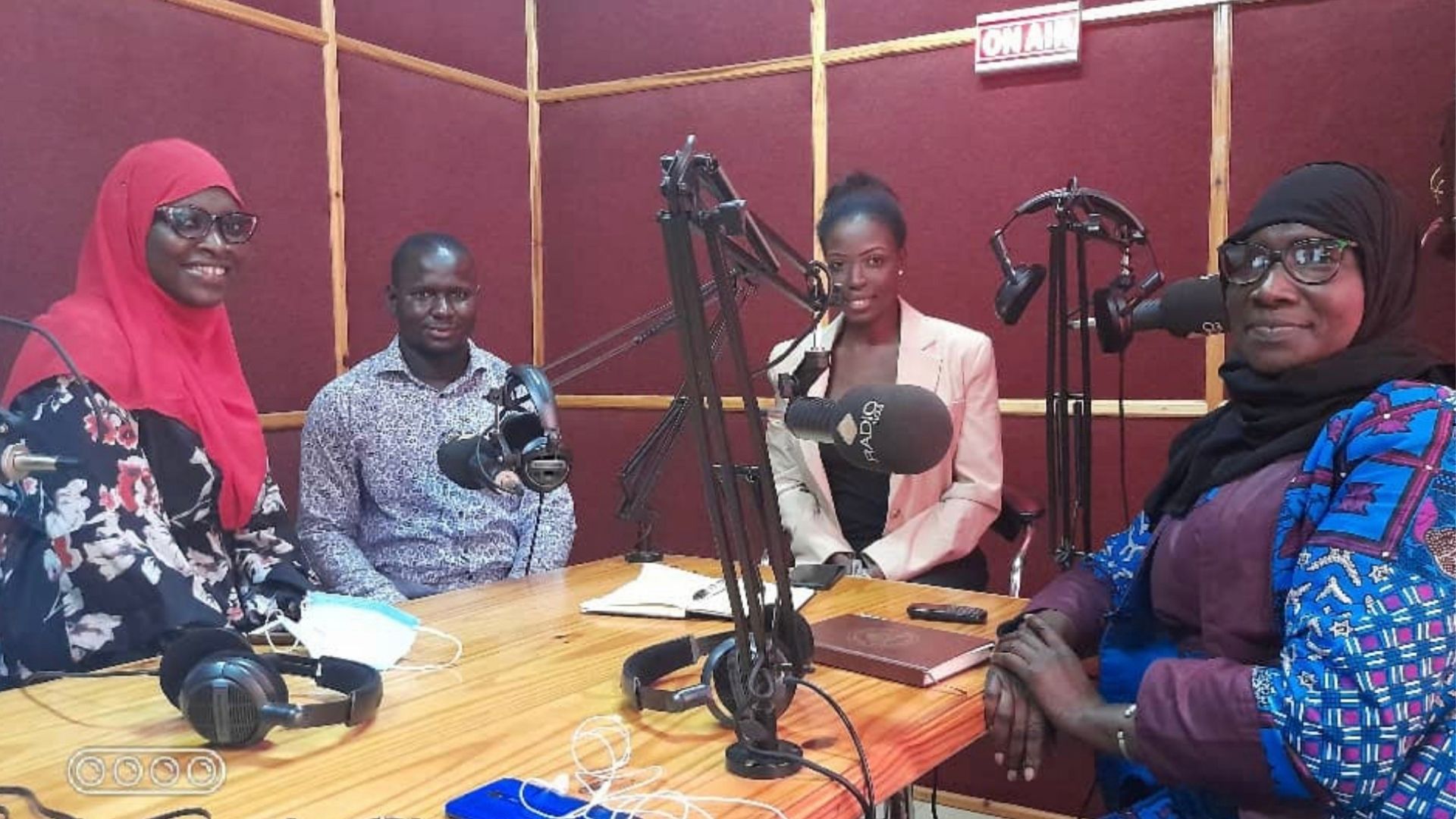 As we all know FGM is a deep-rooted culture that has been hindering the progress of women both culturally and psychologically. To create awareness around this topic of discussion I organised a panel discussion phone-in program to gauge the understanding of my listeners and also to learn from some of the positive comments.

The first day I invited two trained midwives, senior and program officer respectively, one journalist. On the second day, I invited a Lady counselor, Midwife, and a journalist to talk about FGM, Gender-based violence, effects of FGM both short-term and long-term complications.

I believe they both have important information/evidence to share with my audiences and given the public research-based information is key than given them speculative information about the practice and its effects. I also believed that they are all individuals that can tell their own stories, for the lady councilors is a survivor and the journalist was someone who was protected by her father from undergoing FGM.

My first topic was to challenge Men to make an END to FGM. With awareness creation, many men will stand up to women and they would protect their children.

Having a man share a media platform with women, supporting the campaign against FGM is a major success. With all the potential backlash especially callers since it was a live phone-in program, he was brave for that.

“It is everyone’s responsibility to END FGM”

The problem I faced was during the execution of my project, the religious leader that I invited could not make it at the 11th hour, so I had to bring another health personnel to make the panel balanced.

The unexpected wins are, many men participated in the phone-in program. Some had to send in text messages because they couldn’t get through. Some had to leave messages for me to call them and discuss further. Some men spoke of what they encounter with their wives when making love. The lady who was the Radio operator said because of insults that she did not go through FGM one day this forced her mother to send her to be cut.

Calls came from the furthest regions like the Upper River Region, Lower River Region, and other parts of the country. People also made comments on social media platforms. The radio station is one of the most popular privately-owned media houses in The Gambia.

Some of the callers would call to say we should not stop at FGM alone but there is a lot of Gender-Based Violence happening. Almost all the callers were saying that the program should be continued.

What would I do differently next time

What I would do differently is to invite someone who will be willing to talk from experience alongside a mid-wife to talk about the complications they face at the health center level.

I would also want to do a program around FGM and ‘Taba’ is a substance that women used to insert into their vagina for either pleasure or because some are cut, they want to escape the pain of having sex.