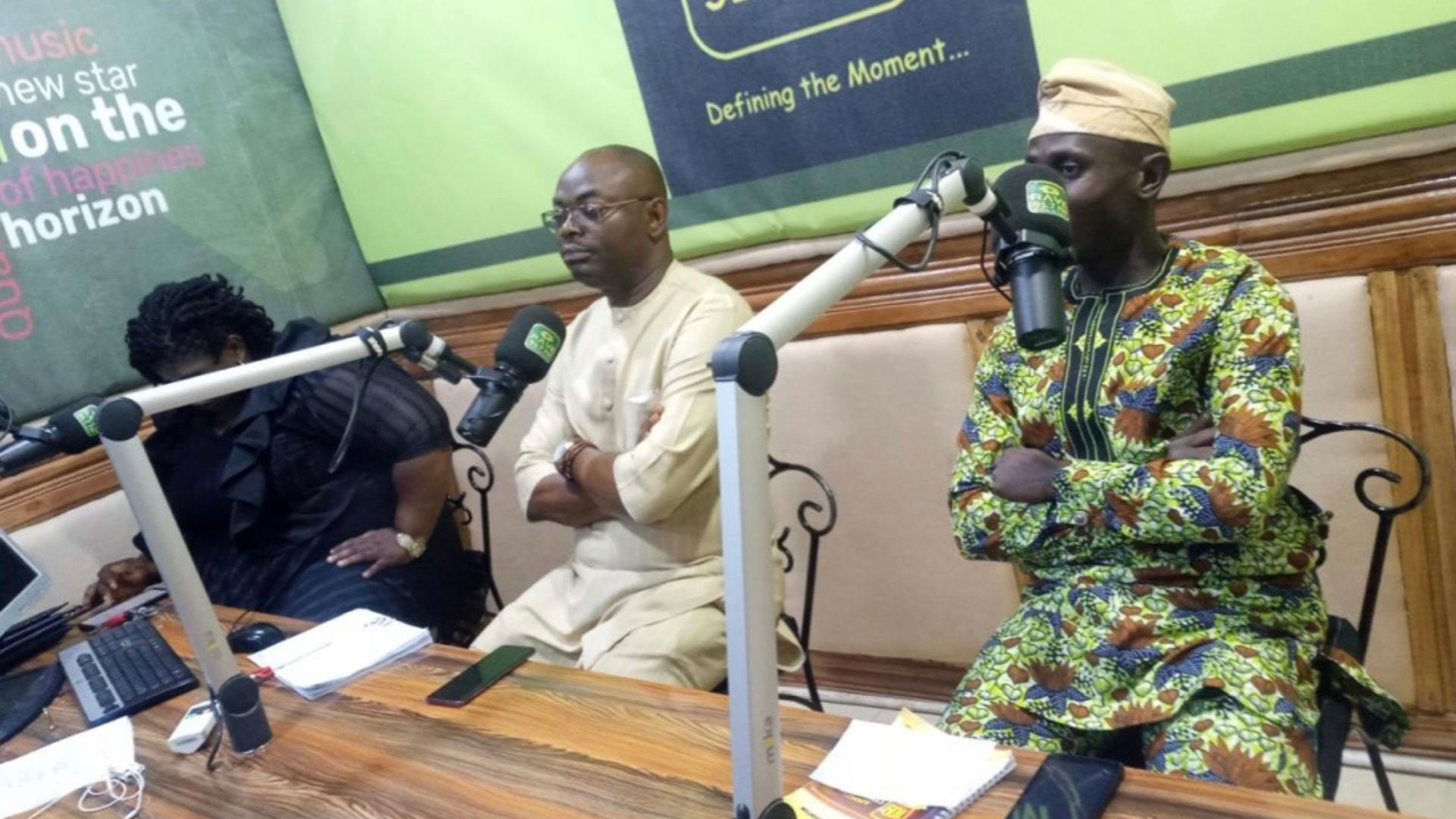 Radio conversation on Rave (91.7) FM by Olaniyan Oluwayomi Rosemary. With the theme: Eliminating Harmful Practices Affecting Children: Progress on Policy and Practice Since 2013.

It was an intense discussion on Rave FM, Osogbo. The discussion was between three prominent stakeholders on children’s development and children’s rights in the state. On the show were Dr. Oludotun Bankole (a medical practitioner), Barrister Akintajua (a legal expert), and Mr. Timileyin Adeniran (an experienced school teacher and youth leader). All three gave varying perspectives on the issues affecting a typical African Child and ways out of these problems.

Speaking on FGM, Dr. Bankole says most of these cutters cut more than they actually bargained for, they sometimes cut through the vagina, this is because they don’t know the anatomy of the human body itself. This causes bleeding, leaving the victim in severe pain. The instrument cutters used are mostly also not sterilized, which causes infection, It also causes soreness, repeated urinary tract infection, painful sexual intercourse, and difficulty in menstrual flow risk during childbirth, especially for those whose part of the vagina has been cut during FGM.

"Some can actually consider suicide when these issues are too overwhelming for them." Dr. Bankole #EndFGM Click To Tweet

Barrister Akintajua says the challenges are interwoven with the medical ones. Of importance, however, is the Child’s Right Act, domesticated in Osun state in 2008, where we have laws against FGM, Child trafficking, and inflicting injuries on children. This is why punitive measures should be used by teachers. She mentioned some of the rights of children (Right to life, education, opinion, etc), but most of these rights are being violated by people in the state.

One of the major legal issues we have in the state when it has to do with children is the issue of sexual harassment, which is mostly perpetrated by distant family members and acquaintances. She submitted that most of these cases are often covered up without allowing the law to take its due course. This is a major challenge. Sexual violence, therefore, remains the major legal challenge faced in the state today.

Poverty is another major challenge, which makes people traffick their children. Though the act of FGM came from traditionally abused cultural practices, it is constitutionally criminal to perform female genital mutilation on children.

He also mentioned that teachers sometimes take out issues/grievances they have against parents on their children. These are some of the challenges facing African children in schools.

He however called on his fellow teachers to desist from these acts that will definitely have effects on the future generation if not curbed, and also on the policymakers in the state, to further mandate the already existing policies against these acts, no matter who is found wanting.

Three callers called two from the state, one from Ogbomoso.

"Physical and verbal violence against children is happening in schools and even happened to my own child, teachers should stop this act and rather be more concerned with molding the lives of children." Mr. Isiak Osun state, Nigeria Click To Tweet "Thank you for opening my mind to these acts that affect children. I promise to further be wary of these harmful practices in my immediate environment." Mr. Toyese from Ila Orangun Click To Tweet "…sexual violence against children.. need to stop covering up cases so that people will desist from perpetrating these acts, if not, we will not see its end." Mrs. Adebayo from Oyo state Click To Tweet
Tags: Ayandare Rosemary