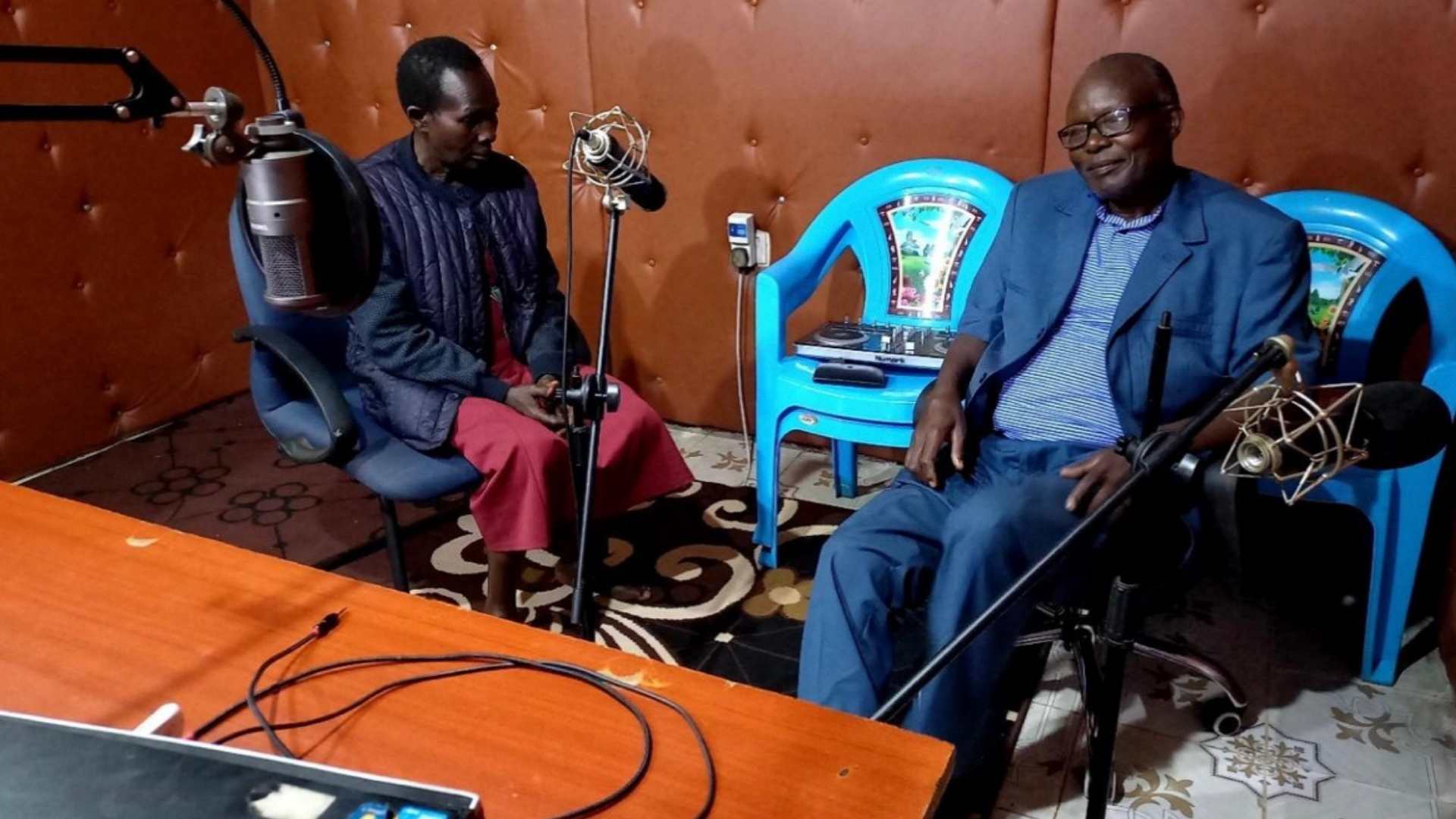 Mr. Isaac Kiptei a youth advocate against FGM and other forms of GBV from Adventure Youth Group and Mr. Daniel Ngeywo, the media personality who was the host led the discussion on FGM, culture, and its effects.

Senior Chief Mr. Alfred Lawendi and Mama Judith Cherotich who is a reformed circumciser were the guests on the radio show.

Mr. Lawendi stated the reasons as to why the Kalenjin community used to perform Female Genital Mutilation as;

Mama Judith added that the girls who underwent the knife by then were fully grown of age 18+. This is because, after healing, the girls had to be married. But as time went by, girls of young age also underwent the process.

This has led to so many complications such as;

The message of the day was the rejuvenation of our girls from bad culture. This was a discussion on the effects of FGM on the girls and community as a whole, school drop-outs, and teenage pregnancies. This has been the biggest threat to the community.

The media project was very much successful in that it reached a large crowd who listens to BK Radio both in Trans-Nzoia, Bungoma, West Pokot, and parts of Uasin Gishu counties approximately 3200 households.

The response from the callers could tell it all like for example, Rotich from Saboti Trans Nzoia says,

“FGM is worst in that it shows the nakedness of a woman in front of all the people, this lowers her self-esteem.” Rotich from Saboti Trans Nzoia.  Click To Tweet

Which is a fact now that during the process, ladies have to stripe naked showing their private parts for the process to be done.

“FGM brought order in the community, not like now, the girls can give birth while still in their parent’s homestead. This was a vise by then. But again, due to the negative effects, we have to do away with it.”

Among so many others Mr. Lawendi stated categorically that the FGM culture should be done away with and replaced with education for the girls.

Through the responses from the members of the community, they appreciated the discussion and maintain that indeed the community has gone astray in terms of the children’s conduct leading to a high rate of pregnancies and school dropouts. They also requested frequent teachings of such caliber so that the community is well informed of the degrading cultures.

Some argued that FGM was playing a major role in shaping up the community but through the discussion, they realized that because of the major negative implications it has on girls, there is no need for the continued practice of the same.

The major problem encountered was getting a good number of elders across the Kalenjin community to talk about the FGM menace. This is due to the vast land the community occupies.

"I was shown and realised that I was doing more harm to the girls than I thought, that is why I had to put down the tools. I regret my actions and call upon anyone who is still cutting the girls, leave them alone." Former FGM Cutter -… Click To Tweet

Mr. Alfred Lawendi identified that the cultural rules were set by men because the women were viewed as the weaker sex thus needed guidance to follow. This was like dictation on what the ladies can do without any question. He talked about how FGM has impacted negatively on ladies more so when it comes to childbearing.

He strongly advises the community to do away with FGM as its time is much gone. He highly advocated for the girl child education stating this is the only way the girls will open up to know themselves.

"The girl should be a leader, from home to the outside world. They should not fear being in a leadership position as they are agents of change." Mr. Alfred Click To Tweet

Mr. Kiptei challenged the parents on their roles. He stated that the parent should create a family background with which each child can identify. Let the parents provide for their children’s needs. This is because most teenage pregnancies originate from teenagers lacking basic needs like sanitary pads. They should also give their children freedom of expression to know how they are going on in school and their friends and their background.

The majority of the community members came together in the protection of the girl child.

The major challenge was resources for mobilization and going to the interior part of the community. Some of the community members don’t hear English nor Kiswahili, they need to be told in their mother tongue.

"One major breakthrough from my radio campaign was that the elders accepted to change how the community views a girl child: from a weak vessel to a source of change and a voice of reason." Mr. Isaac Kiptei Click To Tweet

Most of the listeners stated that the high rate of pregnancies originates from home. They accepted that as the parents they were not playing their role well. Thus, resolved to provide for their children. The community members also resolved to ensure that all children attend school, be it boys or girls.

Also, the media being a major mainstream that can reach the majority of members in the community, promised to keep on educating them on the different vices.

The elders being the custodians of the community secretes, will be able to give away forward on the new changes and more so when it comes to the FGM issues, gender-based violence among others.

The ladies will be able to outline the gender mainstreams and the roles of each in the community.

The youths who are the successors will carry the messages back to others and be able to educate the community about the new way of life and how to maintain the dignity of the community while eliminating the bad culture.

This should be done at the communal level to include everyone.