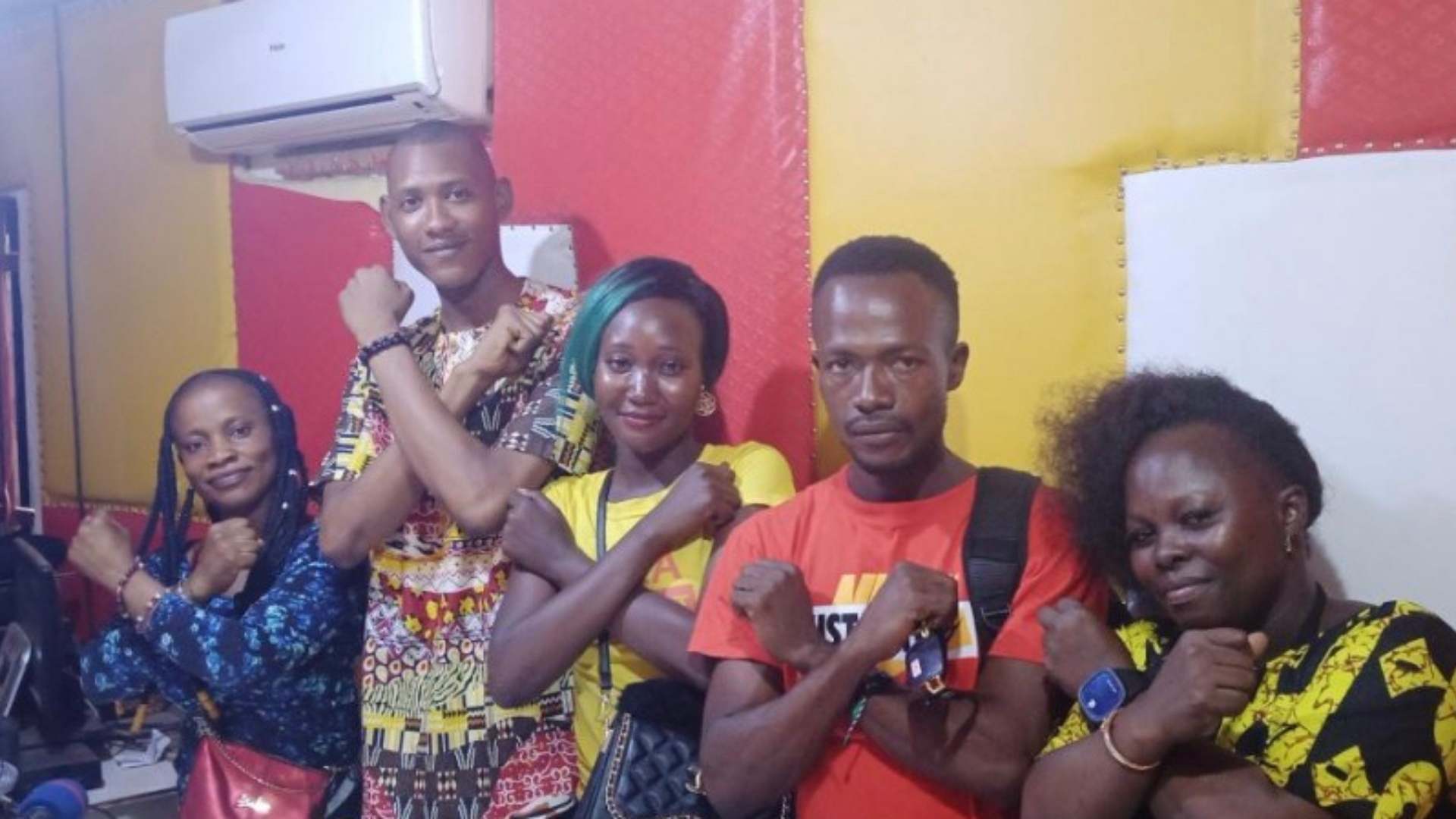 The radio show we organised was designed to remind people about the negative effects FGM poses on our women and girls.

The money was spent in the following manner:

A Radio Discussion Programme was hosted at Tumac Mark Radio 89.3 which is the most listened to radio station in the East of the country’s capital and was simulcasted on Star Radio 103.5 FM in Freetown which covers the rest of the country.

The topic of discussion was breaking the silence on FGM

Also on the programme:

Jorinan Duyamba team member next is Patrick Mbayoh a Human Right Defender and the moderator of the Elizabeth Kamara.

Our radio show involved listeners such as – teachers, lawmakers, and parents that learned to understand the evil act of cutting our women and girls in the society and also educate women and girls who have not gone through FGM to clary… Click To Tweet

During the radio discussion programme, an opportunity was given to our audience to contribute through a phoning line which was opened as text and WhatsApp messages.

Our guests are Kadijatu Storachi Rogers Kamand an uncut woman and Head Teacher of Universal Achievers Academy School in Waterloo and Patrick Mbayoh an Huma Right Defender in one of the remote communities in the Western Area Rural of Jui we also conducted interviews with complainers.

The significance of the uncut woman is to educate parents on the need to send their children to school instead of going through FGM or (Bondo). She also spoke about her sexual life, and how she enjoyed sex and getting safe child delivery… Click To Tweet

Kadijatu Storachi Rogers Kamand is an uncut woman and Head Teacher of Universal Achievers Academy School in Waterloo. The role of the Human Right Defender in the programme, is not only to advocate government to see the possible need to criminalize FGM but also for parents to understand the harmful effects of taking their girls to the Bondo bush (Place where many FGM initiations take place in Sierra Leone), which is a human right violation.

This day was a success being that amongst the messages that were sent, we feel encouraged and moved that people are replying positively. Although some are still resistant we are sure to continue to reach out to their homes through the media campaign as we progress.

As a Team, we recommend that we continue more educative media outreach as a means to educate the public on the risks of cutting our women and girls. As ever, if possible, we would like to engage the people every month through the media to continue raising awareness of FGM.