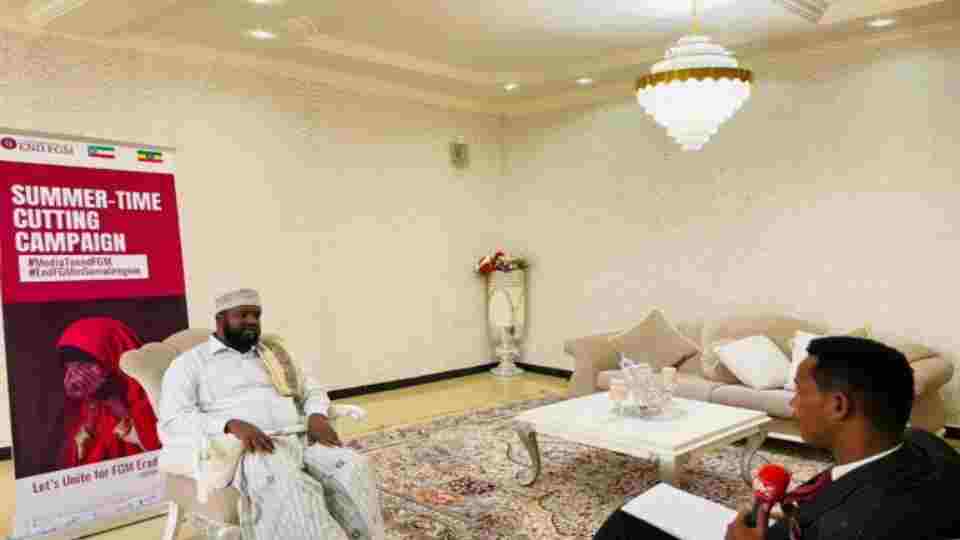 Garaad Kulmiye who spoke on the Summer Time cutting Media Campaign strongly condemned the problems of FGM and all violence’s against women and children which both Islamic religion and Somali culture don’t allow to be committed.

“This culture is not really viable and I oppose it on behalf of the traditional elders of the Somali region.”

On the other hand, Garad Kulmiye welcomed the GMC Somali region Media Campaign work and encouraged to continue programmes like this and another panel discussions about ending FGM in the Somali region.

Garaad Kulmiye talked about a young girl he met while in rural Jigjiga who was subjected to female genital mutilation.

In conclusion, the chief Garad called on the traditional elders of the Somali community to play their role in educating women about female genital mutilation and creating jobs for the doers of FGM to the young girls so as to stop this horrific tradition that destroyed our children’s future.