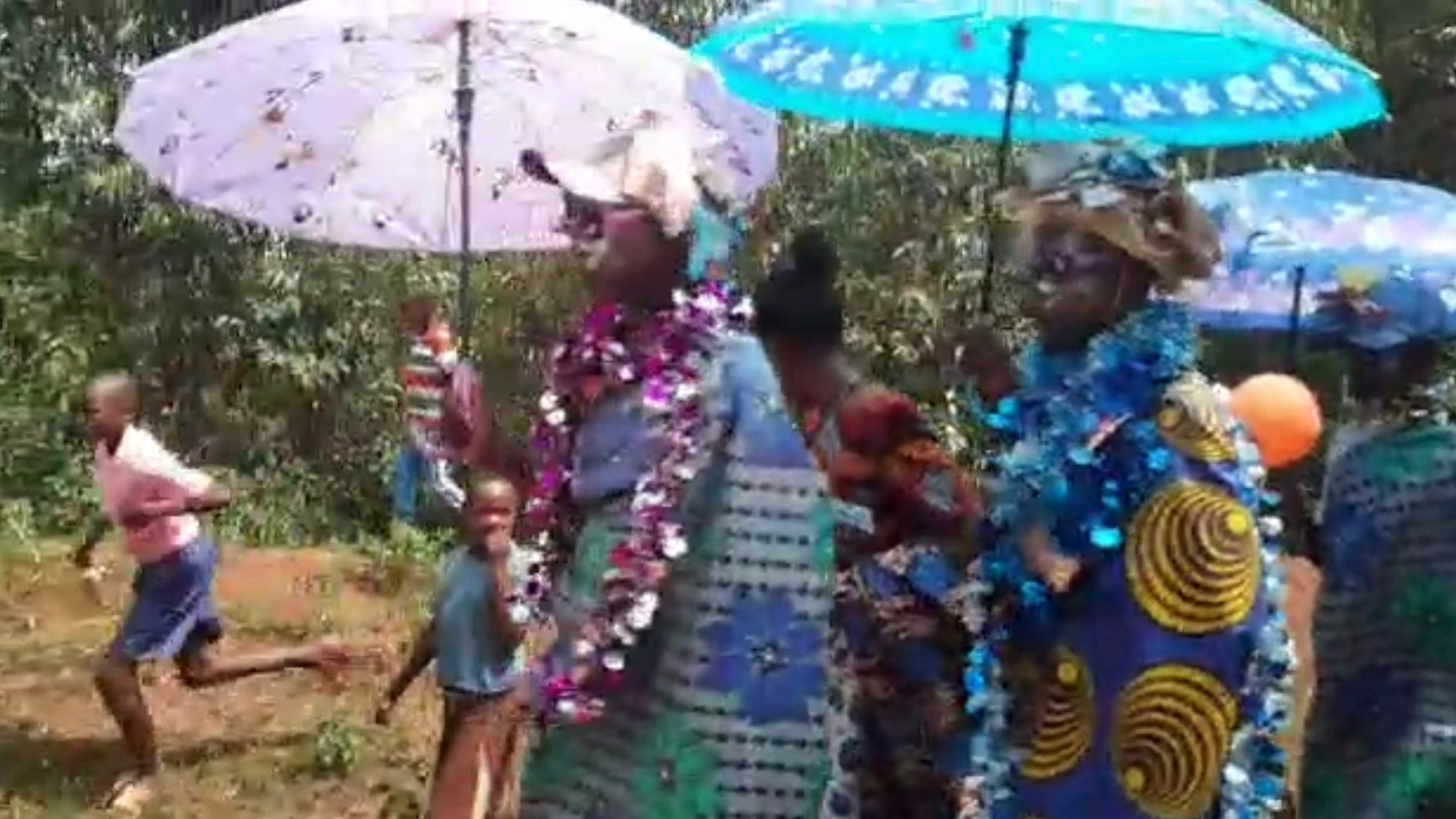 FGM Media Campaigns will be launched across African in February by UNFPA/GMC  to stop the expected surge in CV-19 cases that were cancelled during the pandemic.  Media training will begin in the Kuria region of Kenya on 11th and 12th of February to stop  the cross-border cutting between Liberia and Kenya.

The schools holiday break at Easter will be a dangerous time for thousands of girl in Sierra Leone, Kenya, Guinea, Mali and Nigeria.

“Thousands of girls are at risk this Easter,  the cutting stopped during CV-19 now it going to be catch-up time,”  Maggie O’Kane, co founder of the Global Media Campaign to End FGM  Click To Tweet

By Maggie O’Kane and Ruth Harley,

For the last two years, the risk of Covid,  has led to a temporary suspension of the mass gatherings and community parades that are part of FGM across Africa. However, a surge in FGM catch -up cases is now feared across Africa in the coming months.

“The Easter cutting period could be the worst we have seen in years since the pandemic began. This holiday will be seven weeks.  We will have a lot of FGM cases if we don’t act fast.“  said Kenyan frontline campaigner Domtila Chesang … Click To Tweet

Campaigners partnering with the Global Media Campaign to End FGM believe that thousands of girls are at risk of holiday cutting during the approaching Easter Holidays- as communities catch up on girls who weren’t cut during the Corona pandemic.

In south Kenya on the Tanzanian border, over 500 girls were cut during the first week of the Christmas holidays before police were forced to intervene after anti-FGM campaigners posted pictures of these girls being paraded on the streets after they had been cut. FGM in Kenya is illegal.

For over 4000 years, since the Babylonians offered the clitoris of baby girls to Gods to bring rain, Female Genital Mutilation has been part of a human tradition which has controlled females and their  sexuality.  The Egyptian Pharoah Princesses in the Valley of Kings were cut and for centuries the male nomads of central Africa had their women’s genitals cut and had their vaginas sewn up with thorns from the acacia bush so they couldn’t have sex whilst the men roamed with the animals.

Recently, on December 19th, 2021,  a 21-year-old woman called Maseray Sei, the mother of two young sons, bled to death after she was mutilated… one of the thousands of young women cut over this Christmas holiday 2021 in Sierra Leone.

The Easter holidays are an even bigger threat…

200 million girls and women are already living on this planet today with Female Genital Mutilation – and during the coming Easter holidays, many of the 4 million girls who are potential victims of this practice in 2022, will be at risk during the month-long school holidays. Unfortunately, Easter is one of Africa‘s biggest “cutting seasons” – later followed by the summer holidays. When girls are cut, their legs are bound and they are left in a communal hut for a month-  so their wounds have time to heal before they return to school.

Rugiatu Turay, herself a survivor of FGM and one of Sierra Leone’s veteran campaigners, says:

“Women have been fooled to believe that FGM is good for them. They lure their daughters with the promise of buying them gifts to make them full-grown women. Most mothers cry in their rooms while their daughters are led to the darkroom or forest to be cut. Yes, they cry because they know what it means to be under the knife. They know the pain and suffering they undergo. They know there is shock, fever, excessive bleeding, tetanus and even transmission of diseases such as HIV/ AIDS but when it happens it is associated with witchcraft, evil, and demons. They know the pain to urinate, fistula and infections. They know the delay in labour.”

CV-19’s bans on gatherings have slowed the FGM ceremonies but they have not stopped them  and this Easter they are expecting these ceremonies to start again in earnest.  “The Bondo drum is going to be heard all over Sierra Leone”,  according to Ragiatu Turay.

In some countries, catch-up cutting is already underway.  During Christmas,  2021,  in the one small region of Kenya, Kuria,  where the population is about the same as Glasgow,  over 500 teenage girls were cut – even though FGM is now illegal.

The cutting began  in the first week of the school holidays and in response, activists launched media campaigns on radio, TV. When anti-FGM media activists partnered with the  Global Media Campaign to blow the whistle nationally and began globally posting online images of the girls being paraded in the street of Kuria on December 17, 2021,  the images caused an uproar in the country and the police were ordered to intervene. In the final run-up to Christmas, 48 parents were arrested and 38 of these cases so far have led to prosecution – six parents have pleaded guilty and have been sentenced to three years in prison.  Also, 92 cut girls are now facing the ordeal of giving evidence against their own parents. Six of the girls are from the neighbouring country Tanzania – giving clear evidence that cross border FGM is happening.

“The media campaigns really forced the government and the police to take urgent action –   10 people have already been jailed – some of them confessed and got 3 years.  Others are still waiting to go to trial.”

Jeremiah Kipainoi of the Global Media Campaign, who partners with the activists to get the cutting stopped.

“In Kuria, the message went out to the community that the law banning FGM was going to be upheld.   But,  we know that preparations are underway for the Easter Cutting and we need to get back out there with the media campaigns and partner with the frontline activists,”

To date, anti-FGM media activists partnering with the Global Media Campaign have already have reached over 500  million viewers and listeners  in 9 FGM countries since 2014:-  The Gambia, Kenya, Nigeria, Sierra Leone, Somali,  Ethiopia, Mali, Guinea and Liberia.

Over 1000  media campaigners partner with the Global Media Campaign to End FGM – and in Kenya,   a  three year study has shown that support for the worst form of FGM has fallen rapidly since campaigns began in 2018 – from from 89 per cent to 5 per cent!

“Ending FGM should be one of the greatest feminist issues of our time – and stopping this horrendous catch -up surge at Easter, is our top priority.” Maggie O’Kane, Co-Founder of the Global Media Campaign to end FGM. Click To Tweet

To find out more about the Global Media Campaign to End FGM and to directly support the frontline media activists who are ending FGM go to  www.globalmediacampaign.org