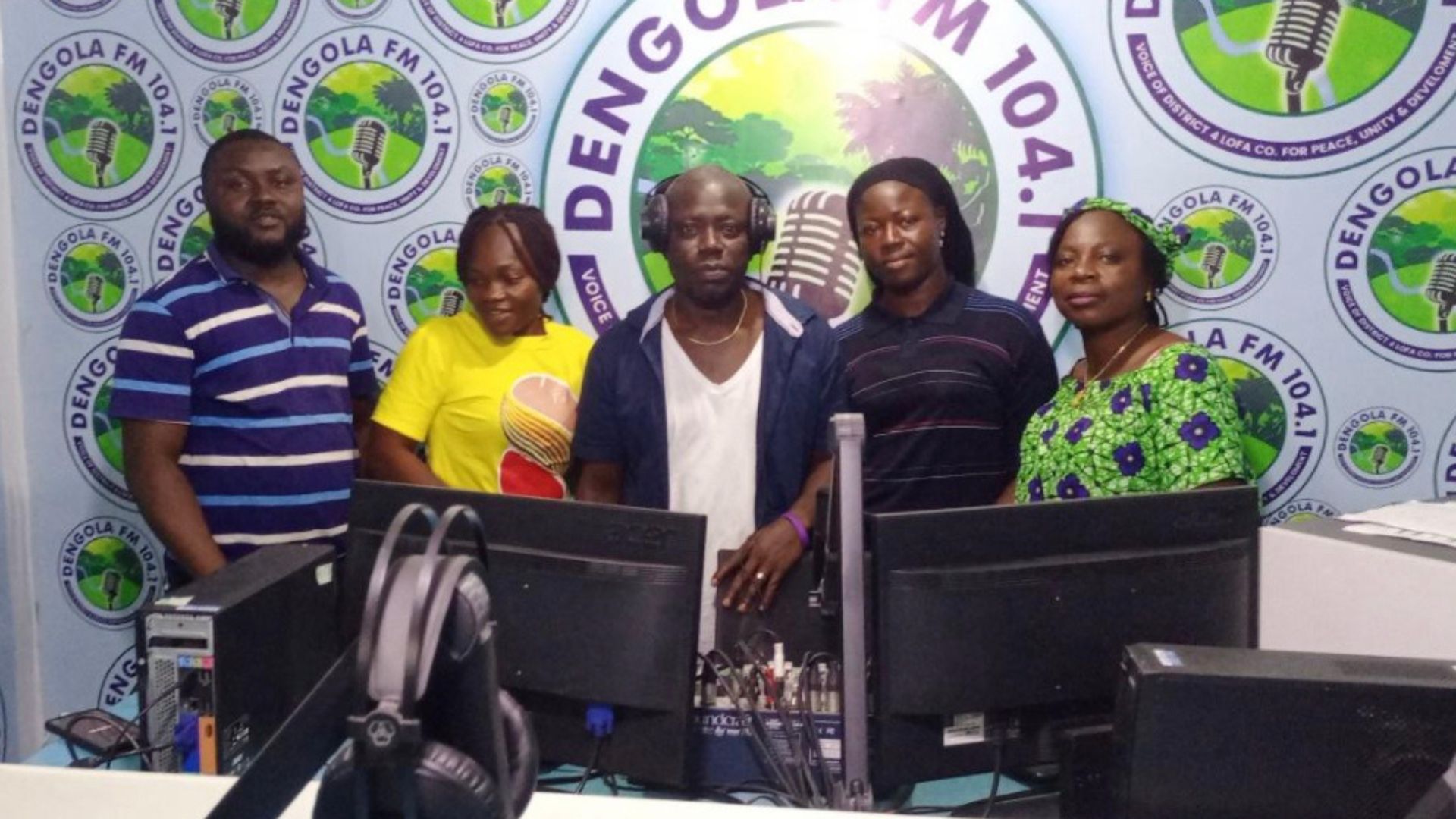 Team Stop FGM Save Our Future is made up of an activist as the team lead, a journalist, and a religious leader aiming at raising massive awareness on ending FGM.

In furtherance of our past engagements, we as a team successfully conducted/hosted two live radio talk shows as a way of increasing awareness by reaching thousands of people through a newly established community radio station in our region named Radio Dengola 104.1 MHz.

Our first radio talk show was held on August 17, 2022, with the team, leads Phils Varfee of the Pastors Wife Fellowship, Miss Blessing Smith of the Federation of Lofa Youths, Miss Helena K. Ben registered midwife, and Mr. Kelly Bryant a student of the Lofa County Community College as well as Journalist Tokpa Tarnue as our host.

The second radio talk show was also held at Radio Dengola 104.1 MHz on August 25, 2022, and brought together Phils Varfee as usual as team lead, Bro. Paul Taylor a student of the Free Pentecostal College, Miss Fatu Momo a female journalist, and Pastor Alfred Lamin of the Liberia Council of Churches Lofa Chapter.

The discussions with our studio guests centered generally on the effects of FGM and also ways to end the harmful practice (FGM) and promote female education.

These sets of guests (campaigners) from various sectors during this summer campaign were excellent based on their knowledge of the subject (FGM).

They all believed that ending FGM is a collective fight that must involve all, especially the parents who are the direct drivers of their children’s future.

The campaigners believed that parents will have to understand that times are changing and so things that happened in the past don’t necessarily have to continue because the practice is harmful.

They also challenged the government of Liberia through the Ministry of Internal Affairs (MIA) to ensure vagarious monitoring across the country to ensure that the three years ban placed on the practice is enforced.