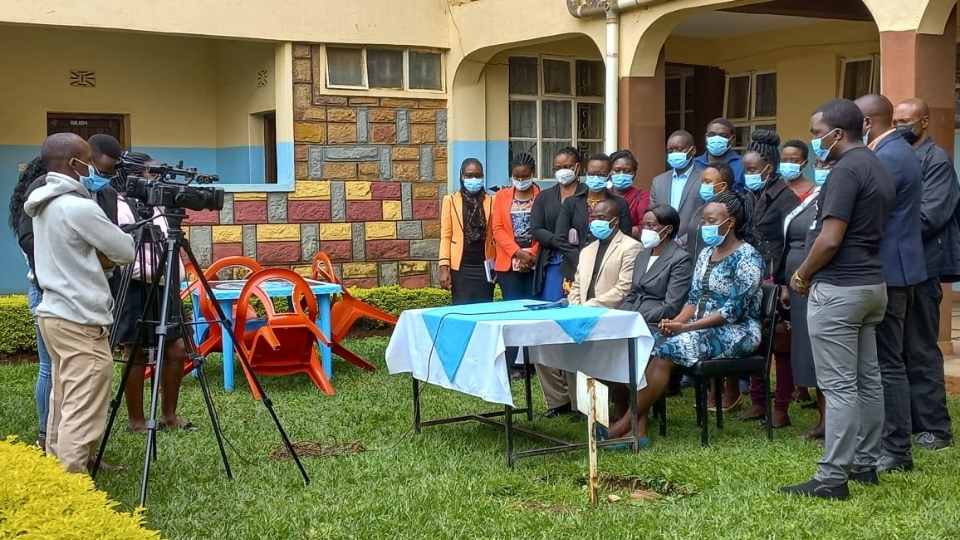 Walter Mounde is an anti-FGM campaigner who has worked hard to build connections with health care workers in Kisii county. A conference, running on the Day of the African Child (DAC) was held, discussing – the problems within the health care sector and what needs to be done to stop the medicalization of FGM.

The professional dialogue involved the County Health Management Team (CHMT) in Kisii county and grass-root campaigners who discussed the dynamics of FGM in Kisii county that was broadcasted live on Facebook on The CECOME page https://fb.watch/6ladKkdbAX/ .

The two-hour discussion discussed the statistics presented by the ministry researchers; the role of healthcare workers in guiding the citizenry in observing the law, promoting human rights, promoting the abandonment of FGM as a traditional harmful practice, and their strict adherence to professional medical standards and the Hippocratic oath.

After the dialogue, the CHMT will hold a press conference to address the media on their commitment to End FGM, made a call to all healthcare workers to abandon the cut, reiterated their commitment to support the president to achieve zero FGM cases by 2022, and promote advocacy to end FGM medicalization.

The CECOME director reinforced her sentiments with a call for stepped-up advocacy within the grassroots campaigners and promoted better working relationships between campaigners and healthcare workers.

However, a few were published:

The campaign was successful as it’s the first time healthcare workers have been engaged in medicalization and they accepted. In previous incidences, medics have come out to dispute reports implicating them in perpetrating FGM but on this particular one, they all accepted and committed to being part of campaigns against FGM.

Here is the link to the dialogue. https://fb.watch/6ladKkdbAX/

Strong messages that were picked up from our discussions: