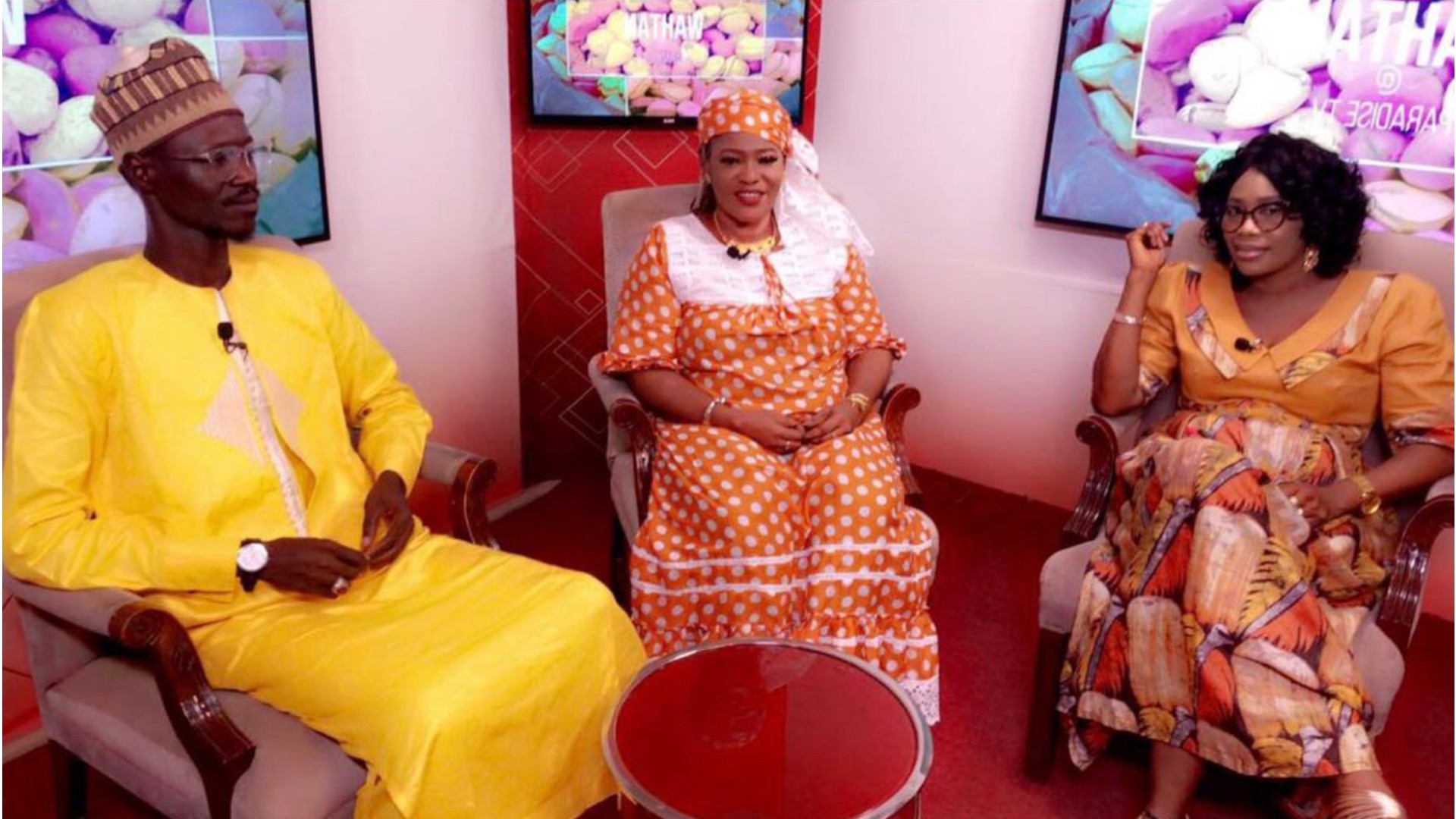 The TV show is called WAHTAN (let’s talk). It’s every Tuesday on Paradise TV. We reach 800 to 1000 views on Facebook live and receive calls from viewers at home. The show is mainly for people that have stories they are afraid to talk about cus of stigma or judgment. But we won’t mention their names. We also discuss things that bring problems to society.

The Campaign on FGM on PTV today was a success. A lady called on the show asking for help because she is a divorcee and her ex-husband and relatives are planning to practice FGM on her daughter which she is against, we managed to give her advice to keep her daughter safe.

The host Yamou Mbaye talked about the side effects of FGM, both short-term and long-term. She told the viewers that right after the cutting the child will suffer from blood loss, trauma, and pain will be unable to urinate normally, and might be infected with Tetanus… She carries on by saying the long terms or permanent effects like infections in the vagina, complications during childbirth, dead for both parent and child, pain during intercourse, dryness, and chances of being infected with HIV

“Male circumcision has been the practice since the time of Abraham to Prophet Muhammad (SAW) but you never see anywhere in the Holy Quran written that FGM was practiced by any of the Prophets.”

He urges Muslims to stop practicing the act for it will only harm their girl child and has no health benefits.

Fama Cham a Child activist talks about the sealing that takes place during FGM practice:

“It affects girls when they are married. The pain of unsealing and cutting flesh again and then forcing you to have sex with your husband is so painful. It can cause cysts and infections that health care can never tackle.”

At the end of the campaign Yamou Mbaye urge the viewers to stop practicing FGM it’s a violation of the human rights of girls and women because many women lost their lives in childbirth and the most percentage is caused by FGM. She reminds them about the online protest of “ Gambian women’s lives matter” and told them most of the dead at childbirth are a result of FGM. She thanks the GMC for the great work. The campaign was 20 minutes but was a great success.