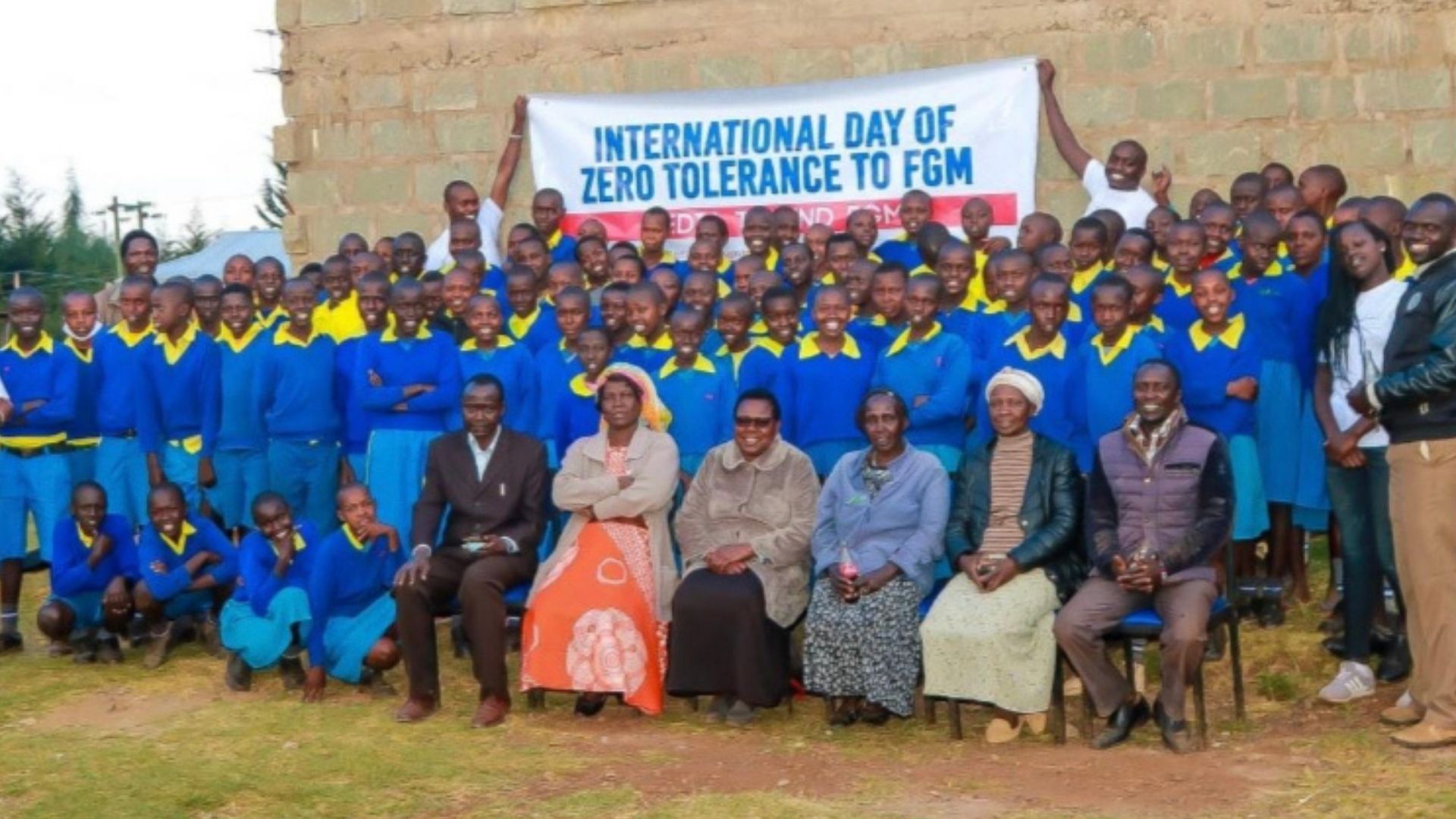 Our media project was centered on the role of men in ending FGM and the support to young girls in school ahead of the national examinations. Men play a critical role in our society in ending FGM. They are regarded as the consumers of Female Genital Mutilation. The other form of GBV such as early marriage also revolves around men.

We had a session on Sayare FM ahead of the international day of Zero Tolerance for FGM hosting two young men, Daniel Kimutai a political leader (Ward Administrator) and Meshack Kiplagat a youth representative from Keiyo sub- county. Their discussions were rooted in the critical role played by young men in society to end FGM. Sayare Radio has a very high frequency within our community. We have been doing several community sensitization programs with men to change their mindset and say no to FGM.

Part of the Government of Kenya initiative is 100% transition from Primary school to high school. Creating an enabling environment for the girls to be in school through the provision of sanitary towels to keep them in school and avoid the risk of undergoing FGM.

We were hosted at Mokwo Primary school, in Keiyo South. We had a great time with teenage girls plus their teachers, also there were the political leaders and local leaders. After the great discussions with the girls, we shared a meal with the students (soda and bread) then distributed sanitary towels courtesy of the Marakwet Girls Foundation. The girls are getting ready for their National exams, we had a card to wish them success from GMC and MGF.

Success of the Media Project

We were able to bring in opinion shapers and grassroot leaders to speak to the community in a language that they can understand. We were able to bring out the success stories of young men in our community marrying uncircumcised girls. The feedback was overwhelming and we were able to recruit more young men to be ambassadors of the campaign against FGM. The discussions with the teaching staff at Mokwo to push for the addition of a campaign against FGM and other forms of GBV in the Kenyan syllabus to a positive call to action.

Strong messages that came out of the project

1.Men have played a critical role in ending FGM. Through the discussion at Sayare radio, men’s attitudes, beliefs, and behaviors in regards to FGM in our community as well as their ideas about FGM prevention and abandonment.

2.Introduction of Anti-FGM and other forms of GBV lessons in our Kenyan curriculum is a step in the right direction towards ending FGM.

3.Keeping the girls in school through the provision of essentials such as sanitary pads.

We have received overwhelming feedback from young men to join the campaign against FGM.

Young men in our community were able to learn about the effects of FGM and recruited more ambassadors to fight against FGM.

As a result of the media campaign, there was a need to conduct a similar program targeting women and elders in our community. Marakwet Girls Foundation will also be advancing the course, to ensure that there is the provision of sanitary pads to school-going girls in our community, and link up with education stakeholders to have a session on FGM, and other forms of GBV in our schools.

Marakwet Girls Foundation is working on an interesting concept of having a media session in presence of a live audience where all the stakeholders are brought in to answer questions in their areas of their expertise.