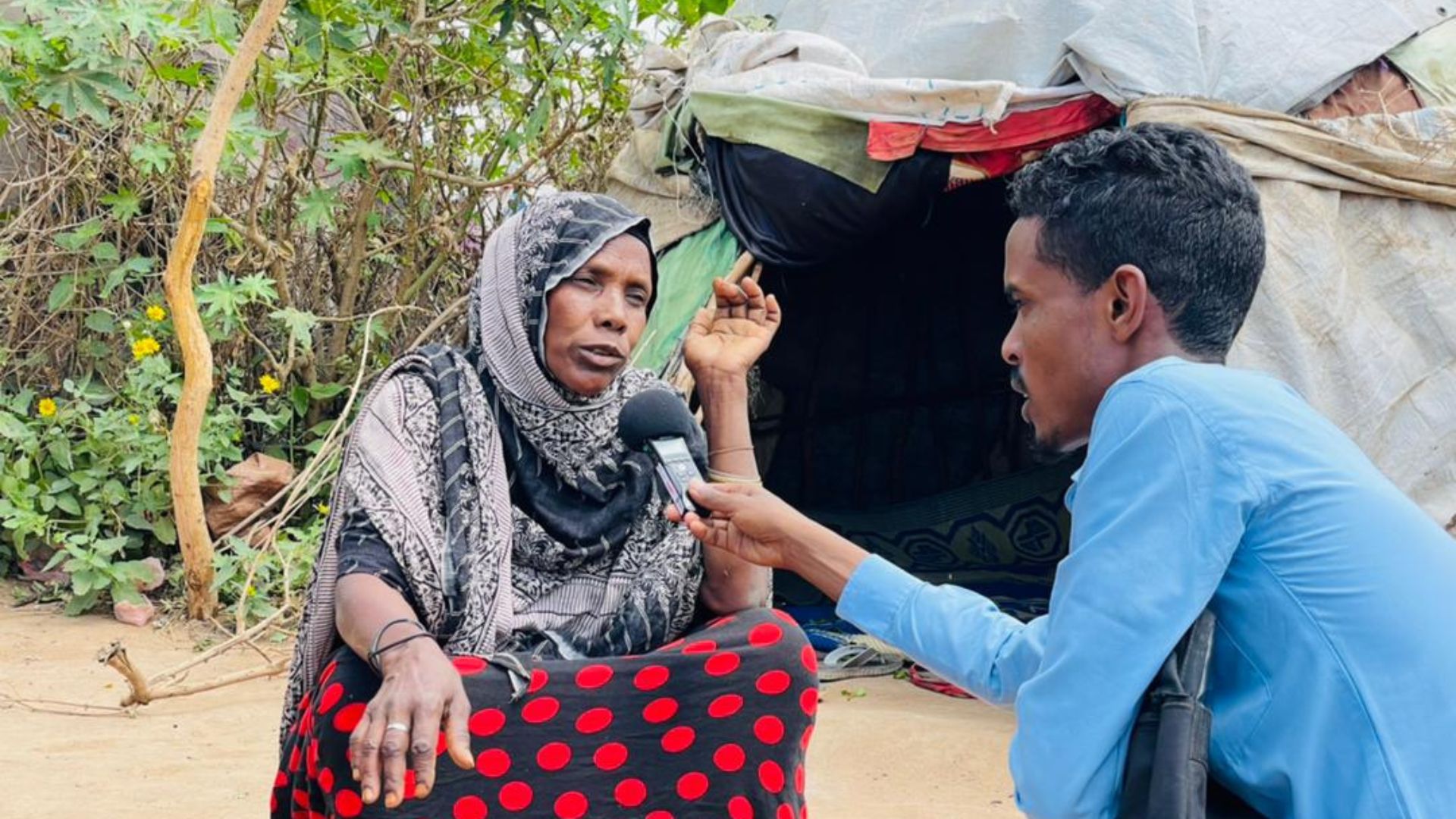 I am Jamarti Yahye, a Somali Journalist, based in Jigjiga. I have been working with media houses for the past 6 years. Currently, I work for Dal-Jir Radio, Jigjiga branch. In recent years I have been directly involved in the Global Media Campaign for the Awareness and Eradication of Female Genital Mutilation.

Daljir radio air covers three countries in the horn of Africa such us: Somalia, Ethiopia, and Kenya. The radio reaches audiences from different countries and various social media sites.

An assessment of the impact of media awareness in the Communities in IDP camps in the Somali region of Jigjiga, Ethiopia

After winning the GMC grant for the media awareness campaign I participated to conduct a report on the evaluation of the impact of media awareness in the IDP communities in the Somali region.

I visited the largest IDP camp where most of the displaced people live in the Somali region, on the outskirts of the Jigjiga capital. I asked the community about how they receive media awareness of female genital mutilation, especially radio and FM.

I met with our listeners in the Qollaji IDP camp on Radio Daljir and FM Jijiga for our discussion programs, interviews, and stories about the dangers of FGM.

Fatumo is a mother living in the Kolaji IDP camp. When I asked her about the impact of media awareness on how it changed the perception of the community living in this camp. She said:

“…But now we have stopped it after we received various trainings given by organisations, the local women’s affairs office, and the regular awareness that we listen to on the radio. Currently, there is a strong collaboration with the police, so whoever is involved in FGM will be taken to the police, so that legal action can be taken.”

Nimo is a mother of three daughters. She was one of the mothers we interviewed. When I asked about the impact of media awareness and how it changed the perception of the community living in this IDP camp she said:

“I circumcised my first daughter in the place where we were displaced from, but the children after her were not circumcised. Because circumcision is not allowed here, the IDP community in the camp has stopped it altogether. I regularly listen to the radio about the dangers of circumcision.”

The Chairwoman of the 6th neighborhood of the Qollaji IDP camp.
I asked about how they received the awareness, and how the community’s perception changed she said,

“As the chairwoman, I am part of a group of women who regularly raise awareness in the camp. I closely monitor the living conditions of the women living in the camp.”

“…I report the mother who circumcises her daughter to the Office of Women and Children Affairs. and the police. This has made it easier for the community to fear the law and stop circumcision.”

A father who lives in the camp Aden was one of the people we interviewed about the impact of media awareness, especially radio. He said:

“In the past, the mothers used to circumcise their children while they were hiding, but now it seems that this is coming to an end.”

Why FGM has decreased in IDP Camps: Somalia

In this report, we found out that the media campaign has reached a good stage, and it needs to be strengthened to have a healthy society, and save the rising from generation to generation.

The success of the programme:

We recognized that the media campaigns reached an excellent stage in the Internal Displaced People (IDP) camps specifically the Koloji IDP camp which is the largest IDP camp in the Somali region where the IDP communities mainly listen to radios since they have no TVs and need to be intensified to reach our goal in eradicating FGM in Somali region.