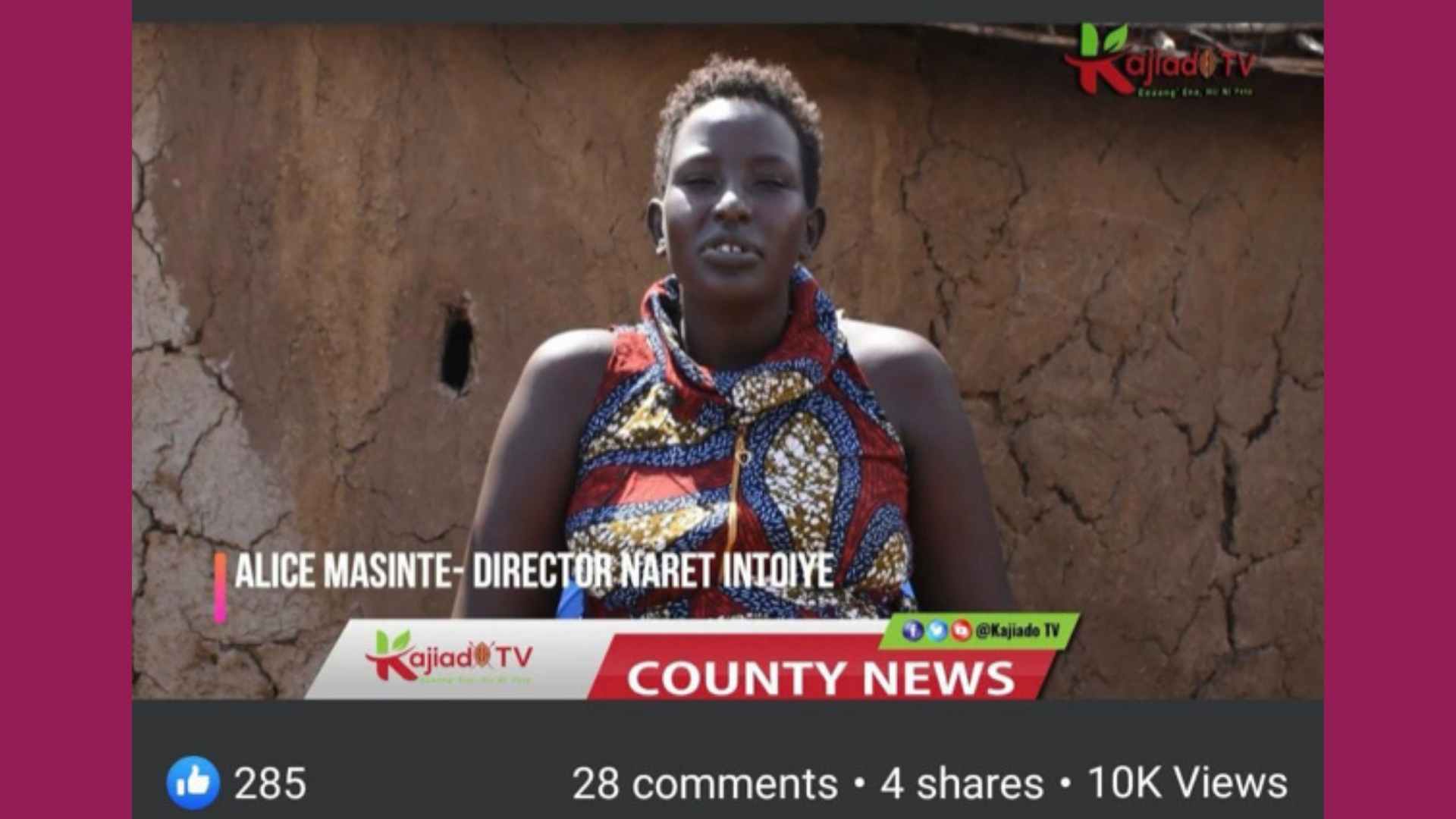 I am a survivor of Fgm and founder of Naret Intoiye CBO went to Kajiado TV together with the Chief of Moran, and an ex-cutter reaching over ten thousand people.

I talked about advocacy issues and how our organization is using several strategies to end the harmful cultural practice. The excutter having practiced it for several years, talked about how she encounter some bleeding from girls while performing the practice and warned other women who are still doing the same that they will be answerable. She talked about how she is involved in bringing the change in the Maasai community through training/knowledge acquired from Antfgm Board Kenya.

Olonguanani'(Chief of the Young Ageset of Moran)urges the young men to come out strongly and defend the girl’s rights. He insisted that education is the only gift you can give to a girl if you care for and love her as her parents. He talked about how Kangaroo courts should be banned because they enhance the delay in reporting such cases for the girls to get their rights.

The success of our project:

Our Media project was successful because we got watched by 10,000views and got several shares and feedback from all over the country.

The ceremony that was scheduled to take place didn’t happen as organized because of politics.

Nice Nailantei (global ambassador of Amref)who has been championing girls’ rights talked about how media is powerful in passing the messages as many people are switching to the technological world. She applauded the good work done by grassroots activists.

Some of the challenges were poor infrastructure because we had to travel up to the border of Kenya and Tanzania, our car broke and we had to spend our night at a different place.

If I would carry out this project again, I would involve the Nyumba Kumi person from Kenya and Tanzania borders so that they can share their experiences on how they work best to end FGM. We would also make sure that our car is a four-wheeler to avoid any inconveniences.