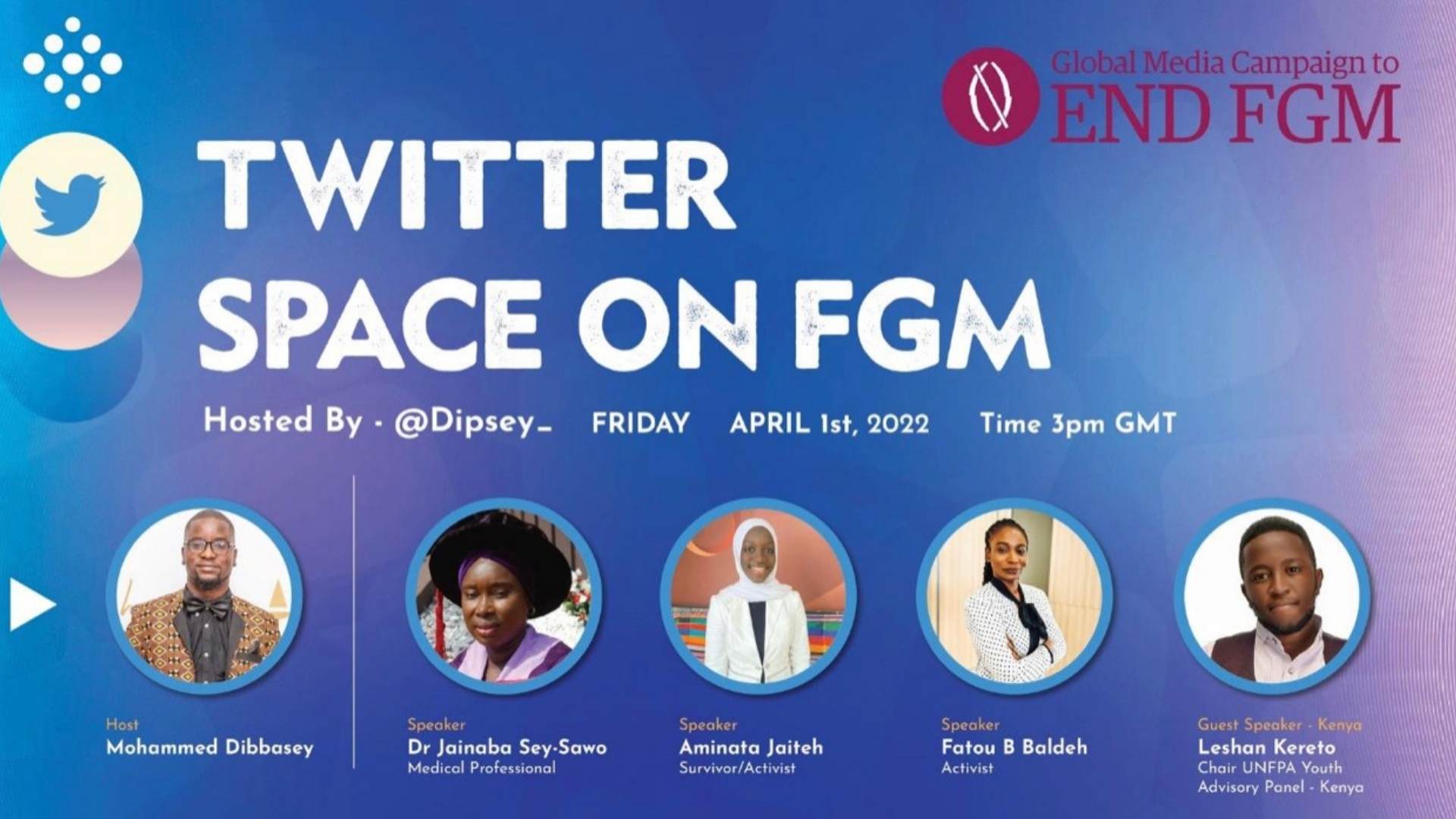 Fatou Baldeh stated that young people can put an end to FGM, with the recent trend of more youths being aware and consistently engaged there’s strong hope that they will resist subjecting their children to FGM when they come of age to bear children.

In our advocacy, we need to always consider the power dynamics to ensure decision-makers are captured cause oftentimes only parents are targeted and the grandmothers of the children are left out of the conversation which sometimes leads… Click To Tweet

The conventional media platform and social media are critical allies in the fight against FGM, I have learned a lot regarding FGM and the work being done through online platforms and it has convinced me to not practice FGM on my girl child should I have one a listener stated.

As much as we go out there to advocate let’s ensure the advocacy begins at home with our families and friends, men need to make FGM their business and protect their children from the practice. – Muhammed Dibbassy Click To Tweet Let’s put survivors at the forefront and use them as advocates in their respective communities to lead discussions to achieve maximum efficiency in the fight against FGM. – Leshan Kereto Click To Tweet

The conversation on FGM in the Twitter space benefitted significantly from the presence of Musu Bakoto Sawo who is a lawyer and activist who contributed immensely to the discussion by highlighting some of the legal frameworks needed to tackle FGM effectively and called for a comprehensive law on FGM.

Panelists and guest panelists share a huge following on social media which led to over 100 people listening in and benefiting from a discussion most young people on social media aren’t interested in.

The panelists chosen for Insights to FGM have shown interest in having subsequent discussions on FGM and have promised to do more collaborative work on ending FGM.

I would have a backup internet for starters and urge all panelists to do the same as well as run a testing space to ensure connectivity won’t be an issue ahead of the space.