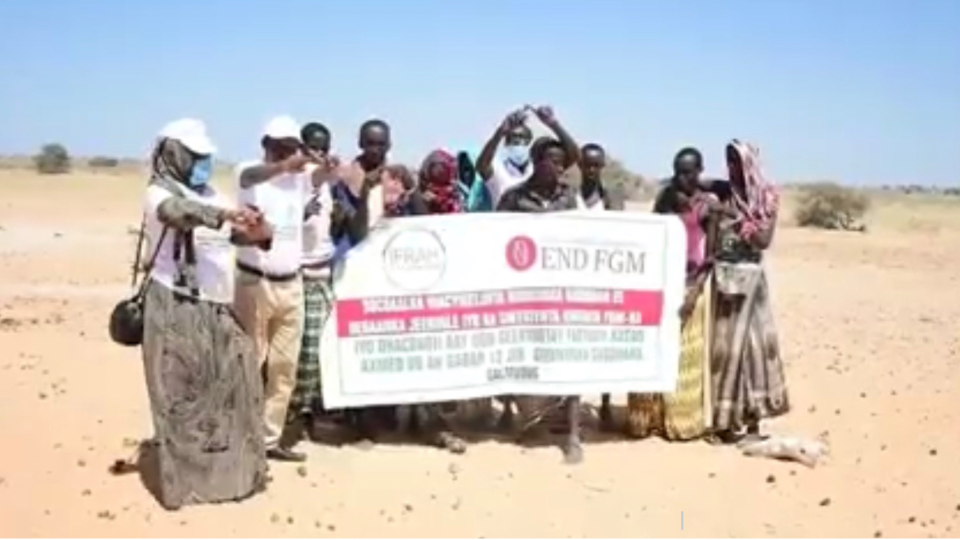 Hassan Istiila takes a visit back to Jerinle, the village where 13-year-old Fartun died from FGM in July.

Jerinle is a small settlement in the east of Galkayo which is about 160 km away from Galkayo. It was a trip to raise awareness about the dangers of female genital mutilation in the area following the death of Fartun Hassan Ahmed, a 13-year-old girl who died of FGM bleeding in Jerinle.

We raised awareness among hundreds of residents while we visited their homes privately, and those we met in groups. We found that there is a high need for awareness-raising in that area as the people living there are dislocated from the main big cities and receive very limited access to information.

Thirty women, eight of whom were traditional birth attendants, told us they would have given up if the awareness was strengthened. In this area, it is estimated that 35-40 girls are being cut every month, we have also conducted interviews and reports on Hayan, Adado, and the BBC Somali Service, among others.

The number of girls being cut monthly shows the highness of the prevalence rate of this harmful practice. We organized meetings with elders of the area and discussed and introduced them to the harmfulness of the practice. We shared the case studies and stories of girls who died because of bleeding by pointing the latest death of Fartun Ahmed died in the same village.