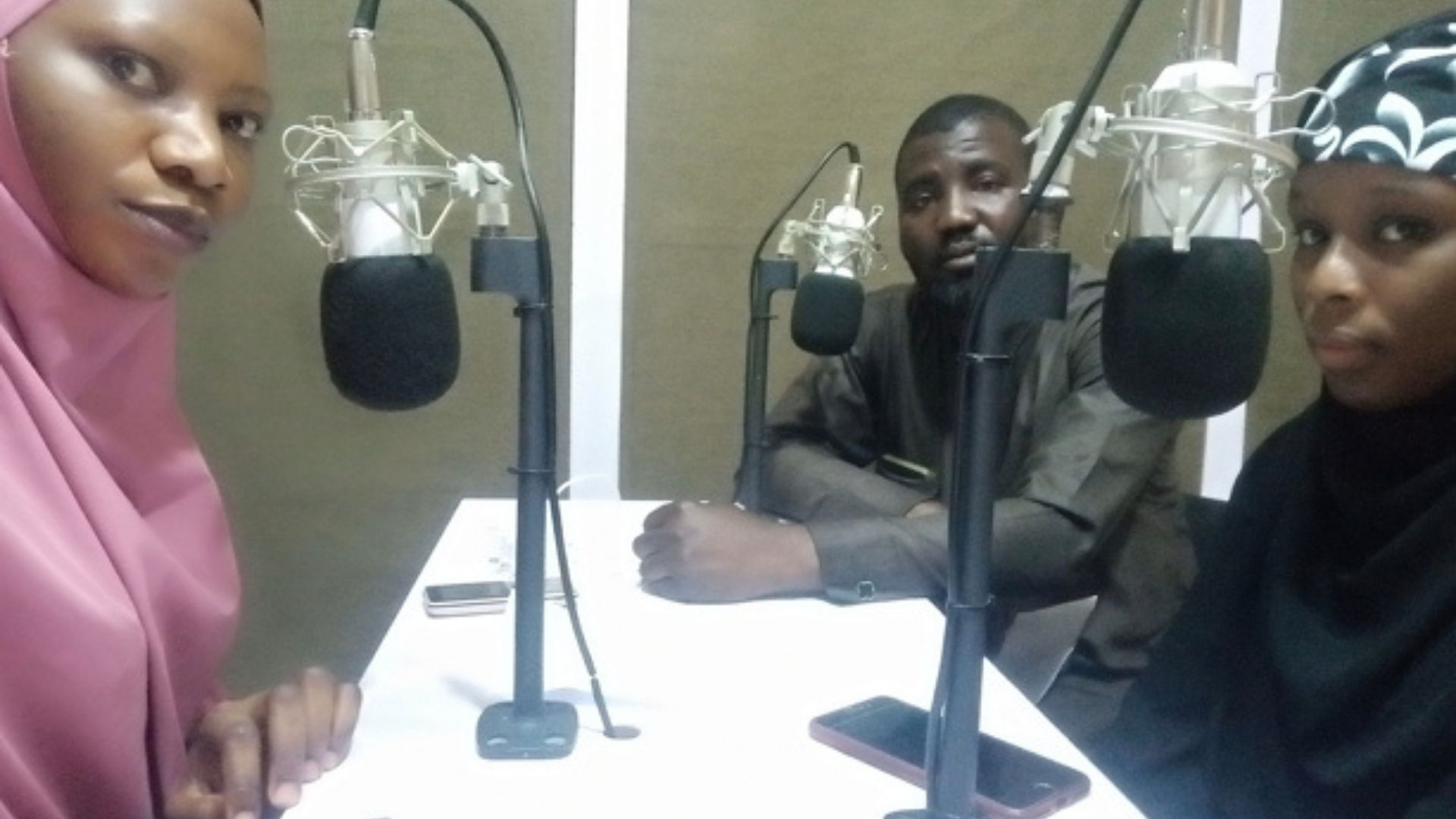 With Doctor Usman Aliyu and Barr Fatima Mahmud sheikh kabiru muhammad, hannatu zakari, and myself
The project was actually to create more awareness and make people understand that FGM has no connection to Islamic practices and the practice is harmful to the health of women and girls in society.

Two programs were carried out, the first was with Doctor Usman Aliyu and Barrister Fatima Mahmud, and issues of how to end FGM were discussed including the long-time effect it has on women. Doctor Usman spoke from a medical perspective and the pain and sadness FGM can cause a woman in her lifetime.

Equally, Barrister Fatima Mahmud maintained that girls have the right not to be cut under the child rights act which was signed by Kano state governor, Dr. Abdullahi Umar Ganduje and she also called on the Kano state government for the need to provide a punishment upon those who practice FGM.

The second program featured sheik Kabiru Muhammad and Hannatu Zakari from kano women in Focus, FGM was discussed from the Islamic perspective and the guest also challenged parents to know what causes harm to their children and what does not, in the name of culture.

Also, the jingle was aired with the end FGM message especially the harmful effect of FGM.

We had lots of listeners approximately 10 million from kano and the neighboring states of jigawa, Bauchi, and Katsina.

“Obviously, the practice of female genital mutilation is gradually coming to light and people are now understanding the negative effect of the practice which prompts our continued campaign against the practice.” Shafaatu Said Karaya -… Click To Tweet Some of the callers were still emphasizing that FGM is a religious practice and therefore they term it as their obligatory duty on their female children, thank God a religious leader was there to clear her misconception, while others… Click To Tweet
Tags: Shafaatu Said Karaye