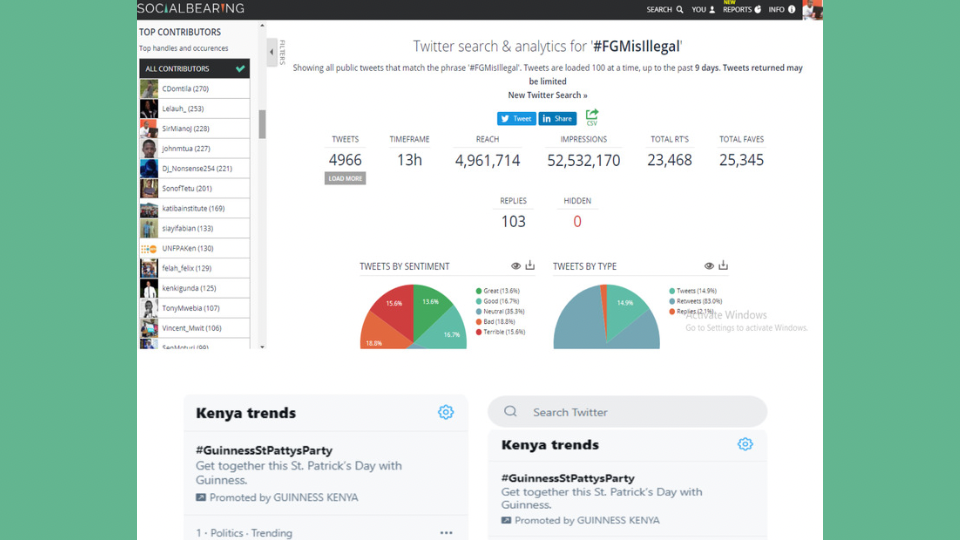 On Wednesday, 17th March 2021, a case filed at the High Court in Kenya attempting to legalize Female Genital Mutilation was coming up for mention. Given that female genital mutilation remains illegal in Kenya, a team of social media influencers and people of the like mind took it to tweeter to condemn the attempt to legalize the vice using the hashtag #FGMisIllegal.

The social media call was a huge success and it saw the hashtag trending at number 2 in the Kenyan top trends from around 2.20 pm to 9 pm. At some point around 7 pm, the hashtag jumped to the top position but it was later overtaken by the #KenyavsSomalia online war.

The tweeter engagement had more than 4,960 total tweets, over 23k retweets, over 25k likes, and over 100 replies in the 13 hours that it was used on Twitter. Total impressions for this hashtag were more than 52.5 million, these are people who brushed through the hashtag as it passed through their timeline, and had a potential reach of 4.96 million, this is the number of active people reached and read the contents of the hashtag.