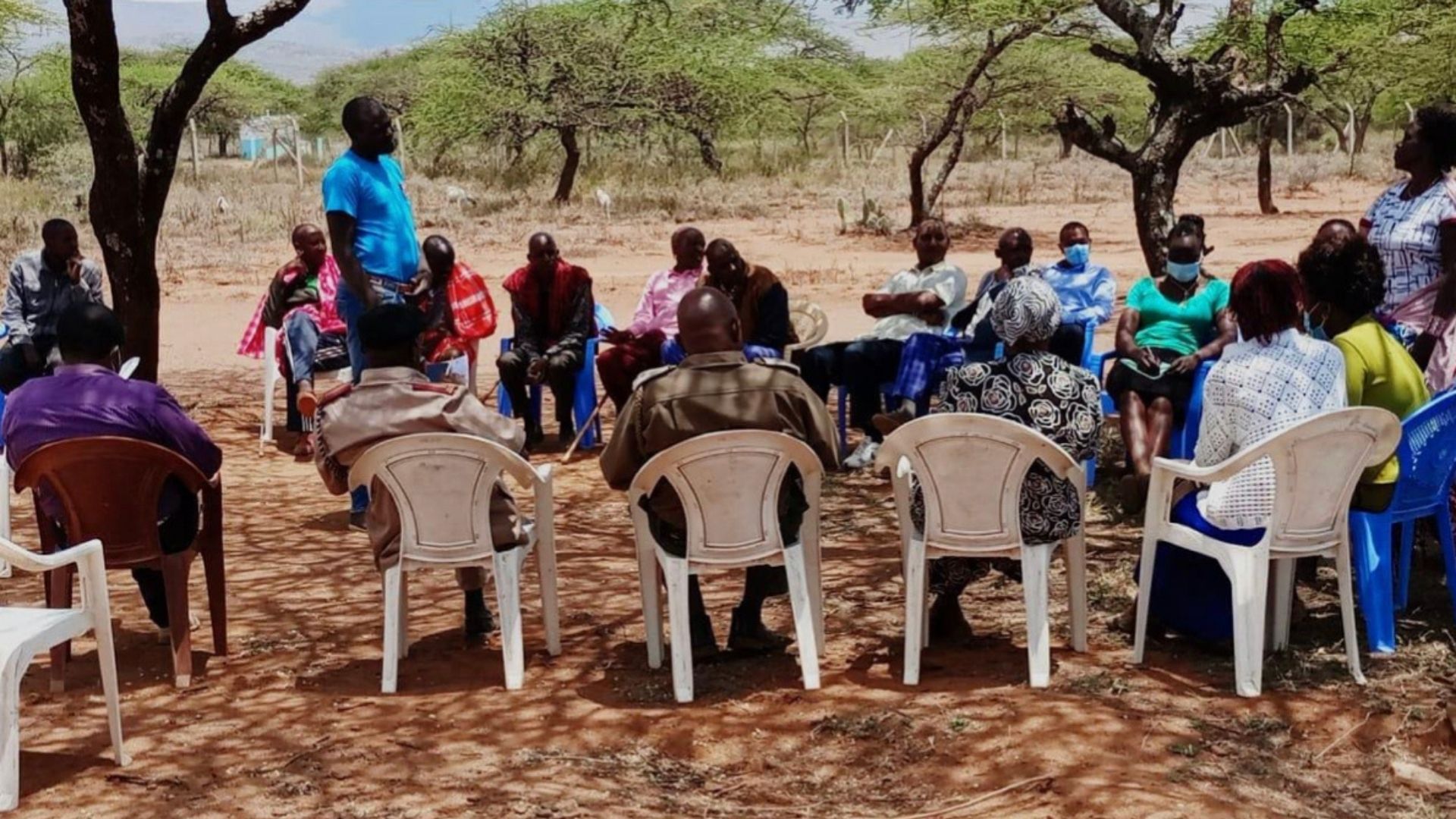 Dominic Kimitta worked closely with the Global media Campaign (GMC), for International Women’s Day, and organised a community dialogue to end FGM for a Radio feature in Kajiado West, Ewuaso.

I prioritized working with the local Administration and most importantly at the lowest level of governance. For a long time the local public gatherings have not been efficiently utilised to address issues around FGM, Teenage Pregnancies (TP), and Child Marriages (CM) and only addressed issues on development, security leaving out the subject matter retrogressive cultural practices.

The KDHS (Kenya Demographics Survey) shows that 21 % of girls and women aged between 15-49 years have undergone Female genital Mutilation and in Kajiado West Itself the prevalence is at 51 % according to the YES I DO baseline Survey.

A good number of platforms have been used to ignite discussions and conversations about retrogressive cultural practices including community dialogues and religious interventions.

GMC supported a local public gathering (local Community dialogue) in Ewuaso by mobilizing Elders, Young People, Religious Leaders, Teachers, and women Leaders to engage one on one on matters FGM/TP and CM.

Pointers of the Engagement.

It was noted that Female genital Mutilation is the key contributor to Teenage Pregnancy Cases as well-child marriage hence FGM should not be addressed in isolation and in that we have collective action plans for the three societal pullbacks.

According to the discussions it was clear that the community has strengths as far as cultural practices are concerned e.g Beading, Livestock rearing, Respect for age sets or age groups, however, the culture has also very weak lines and retrogressive practices like marrying of young girls for economic reasons, Circumcision as a rite of passage, etc.

In attendance was a Maiyan FM who did interviews and a short feature to go on air on 12/3/2021 during the Lelero Emaa Program, we reached 600,000, covering Kajiado and Narok Counties.