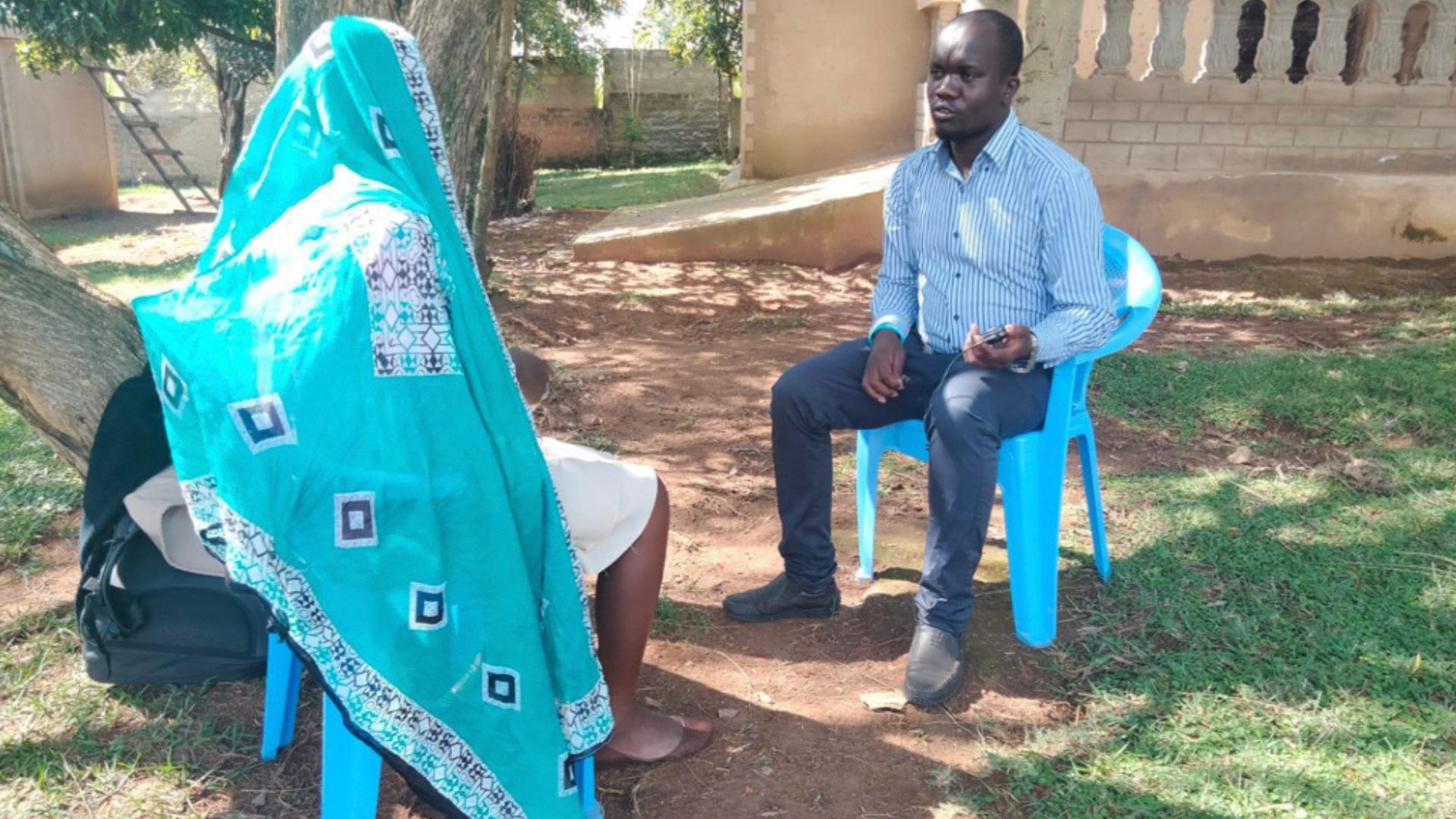 Justice for her was about challenges that girls go through when trying to access justice whenever they are forced to undergo Female Genital Mutilation. I went to Kehancha, Migori County with a team of two other people. I got to engage with girls who once tried to access justice without success, grassroots activists supporting girls to access legal justice, and grassroots paralegals who have been trained to handle children’s cases.

On the authorities’ side, I talked to the Migori County Commissioner to understand the challenges in investigating and prosecuting children’s cases as well as officials from the National Council for Children cervices to understand the magnitude of FGM in Kuria and the steps taken to curb the deep-rooted cultural practice and challenges involved in ending FGM in the area.

The Story was broadcasted on Look up TV, A National TV channel with at least 500,000 reach Nationwide. It was also shared on Mtoto News Youtube channel

In terms of the Success of the Story, I would give myself a 75 percent because I talked to the children as expected. Even though one of my expectations was to talk to magistrates and advocates working on FGM, cases at the Kehancha Law Courts to understand deeply the main reasons why FGM cases are thrown out due to lack of evidence as was claimed by a number of the Paralegals I interviewed but due to short notice, I wasn’t able to.

My biggest fear was talking to Minors because it was a sensitive matter that touched a bit on a police officer who was accused by one of my interviewees to have pushed to undergo FGM and get married at the age of 9.

It was very difficult to navigate around some of the villages. The road system around the area that we used was very poor. While we were returning, two of my colleagues experienced a Carjacking attempt the car was slightly damaged but none of them was injured.

Due to time constraints, I wasn’t also able to interview the Chairperson of the National Council on the administration of Justice Hon Judge Teressia Matheka who would have talked more about what they are doing to lower the threshold of evidence required for FGM cases.

We managed to talk to the Migori County Commissioner, the National Council for Children’s Services CEO, and two young survivors of FGM.

The main challenge that we encountered was traveling to the interior areas with no good road system and time constraints due to the tight schedules and availability of interviewees.

“After getting cut I started knowing about Men, that’s when I got pregnant early.” – Young FGM Survivor #endFGM Click To Tweet “In 2017 I was forced to undergo FGM, Six Cows were brought the next day so that I can be married off” – 16-year-old FGM Survivor #endFGM Click To Tweet “The biggest challenge that we have is on the reporting mechanisms and reporting pathways. If a case is not reported to any authority that will be helpful then the case will just die a natural death” – Abdi Noor/ CEO National Council for… Click To Tweet “Witnesses in our Community is a big challenge, if you ask people to be witnesses in a case you will see no one” – Melinda Mwita/ Trained Paralegal #endFGM Click To Tweet  “Administration of justice is a process, all we are saying is that our part has been done, arresting and prosecuting and taking them to Court. Issues of administration of justice we are contacting and working with the judiciary and we… Click To Tweet “The whole Migori County doesn’t have a rescue center to save girls like her” – Maria Boke Trained Paralegal Click To Tweet “As per now we had 53 cases of perpetrators against FGM and 49 cases of children in need of protection and care” – Kemboi Kimaiyo Kehancha OCPD Kuria West Click To Tweet “We managed to take 53 cases to Court, out of the 53, 3 were dismissed because of lack of evidence and so far 12 people have been convicted three to five years or 200,000 to 300,000 fine” – Kemboi Kimaiyo Click To Tweet “When you compare the problems we encountered in 2020 we were not keen on interviewing these children to tell us who did this against them” – Kemboi Kimaiyo OCPD Kuria West Click To Tweet “This year we are very keen with my officers in Kehancha Police station and Isebania Police station, I told them to be very keen to interview these girls who told them to go for the cut and who cut them” – Kimaiyo Kemboi OCPD Kuria West Click To Tweet “The laws are there. Systems are there. We need enforcement to make sure those laws and legal frameworks that are there are fully implemented” – Abdi Noor National Council for Children Services Click To Tweet “Child protection is not about an agency but it’s a collective responsibility for all” – Abdi Noor – CEO National Council for Children Services Click To Tweet

I would engage all stakeholders in the justice system from Investigators, Prosecutors, Magistrates, and advocates working on FGM cases in Kuria and other parts of the Country that practice FGM. I would also interview more girls because talking to the young survivors is giving them a voice.

One aspect that I would consider next time is going to the field with a therapist who would provide brief counseling services to girls after interviews.