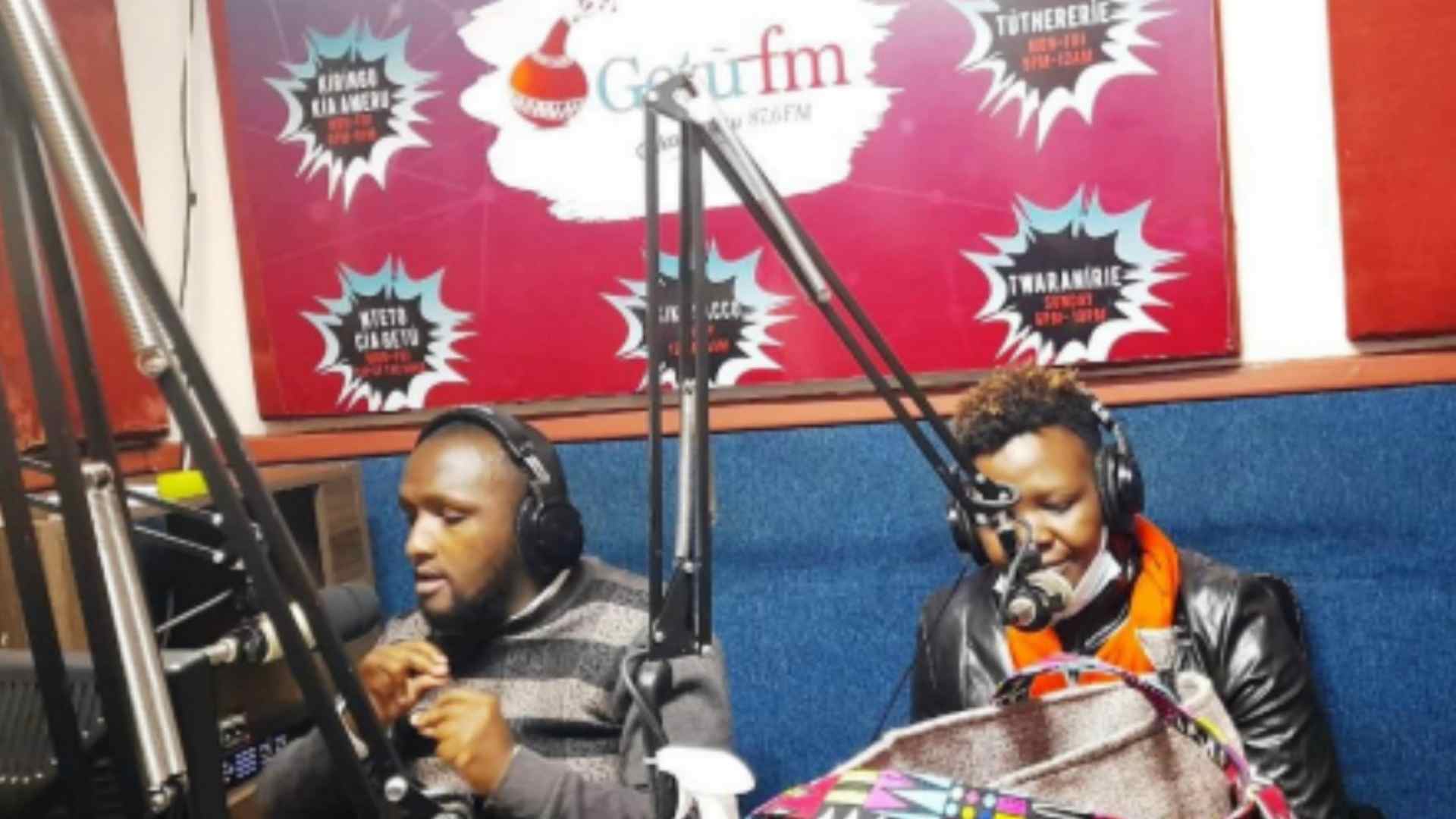 Catherine Thiakunu is an anti-FGM campaigner, who is using her voice through radio to speak up against FGM. Her broadcast reached over 2 million listeners across four counties.

Our theme: “Orange the World: End Violence against Women Now! “. We had 1 live show on GEETU FM radio stations. Getu Fm is a Radio Station that Broadcasts in Kimeru Language. Their frequency is in MeruCounty, TharakaNithi County, Isiolo County, Embu County, and kitui County is 87.6 Fm.

With a population reach of over 2 million people. Our topics of discussion included: why is Fgm is classified as gender-based violence? How to engage individuals and communities in ending FGM, FGM law, myths and beliefs surrounding FGM in Meru County and its environs, why engage men in fighting FGM and types of FGM.

Catherine was joined live via phone by a youth who explained the role of youth and Men in ending FGM extensively to the listeners. During the session, an issue came up one listener messaged claiming that they were told not to marry uncircumcised girls. We were able to handle it by expounding on FGM LAW and the effect of FGM on girls and women.

Our media project was successful we were able to communicate with our audience by use of local dialect and interacting with them live where they could ask questions via calls and messages. During our live show, our listeners called and texted asking questions that we were addressed during the sessions. Others commended the team for the good work and indicated that they would like to be part of the campaign.

During our live show, we were able to interact with listeners from roughly 4 counties Meru, Tharaka Nithi, Isiolo, and Embu County.

We would train influential people in the community who be trainers of trainers. We have also identified a group of girls with an FGM message in form of a song. We would facilitate this song to record and be played in different media houses and gathering
Attached are photos and audio recordings of the event.