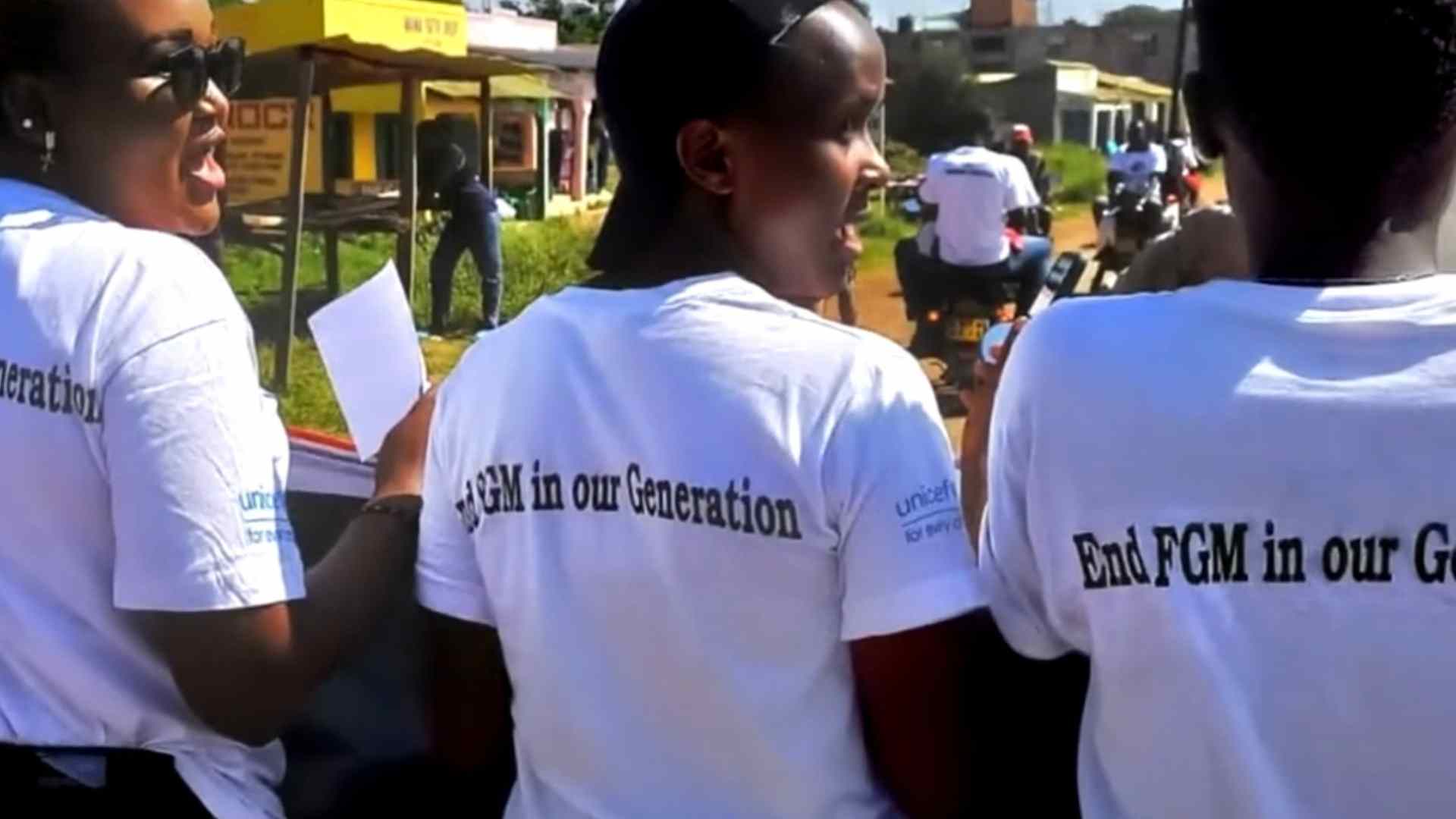 During the International Day of Zero Tolerance to FGM, we arranged anti-FGM activities to push for change in Kuria, Migori county, after such a tough Christmas period we have made extra efforts to make a mark this year for this assigned day.

The recorded message on the need to accelerate efforts towards the abandonment of FGM, explaining how to invest towards ending the practice, this included:

35 parents were engaged in understanding the theme of the year which is Accelerating Investment to End FGM. Parents were engaged by a gender officer, Agnes Bange, who heard our radio jiggle and asked to come and invest her time in a session towards ending FGM.

She engaged parents in understanding the reason why they should be saying no to FGM. One parent shared :

“I am a father of 3 girls now, all of them are in secondary school now, but not cut, I was born in a family that valued FGM but I hated it and told myself I will not cut my girls this is because I have 3 sisters and every time the… Click To Tweet “I would see 3 women walk into my sister’s house with a maize comb, this was used to wash them after the cut. Every time these women walked in my sisters would cry in soo much pain but I could not help and that is the time I told myself,… Click To Tweet

4 other parents shared that they are saying no to FGM because it does not have any benefit to girls but most of the girls just get married after they go for FGM thus the practice drive Child marriages.

The parents also shared that they have heard about the radio jingle, and it was good that we included contact information, so someone can call in case they need help or when they want to be part of the team that wants to initiate change.

Some parents said that they do not listen to the radio but they urged each other that it is important for them to be listening to the radio as it passes enlightening information and people can listen even as they continue with their daily activities, either in the farms or business.

“Sharing other people’s experiences and perspectives empowers others to make an informed decision about ending FGM.”

We learned many things but some highlights are:

People need to share end FGM messages with their neighbours and different community groups to that they belong.

Our created video form of the jingle was played on Pure TV and Radio thus reaching out to more people with the message on the need to accelerate investments to end FGM.

I would do a radio talk show session on the final day of the radio jingle to be dedicated to listening to people’s perspectives and taking on the jiggle message to access the effectiveness of the jiggle to the community.