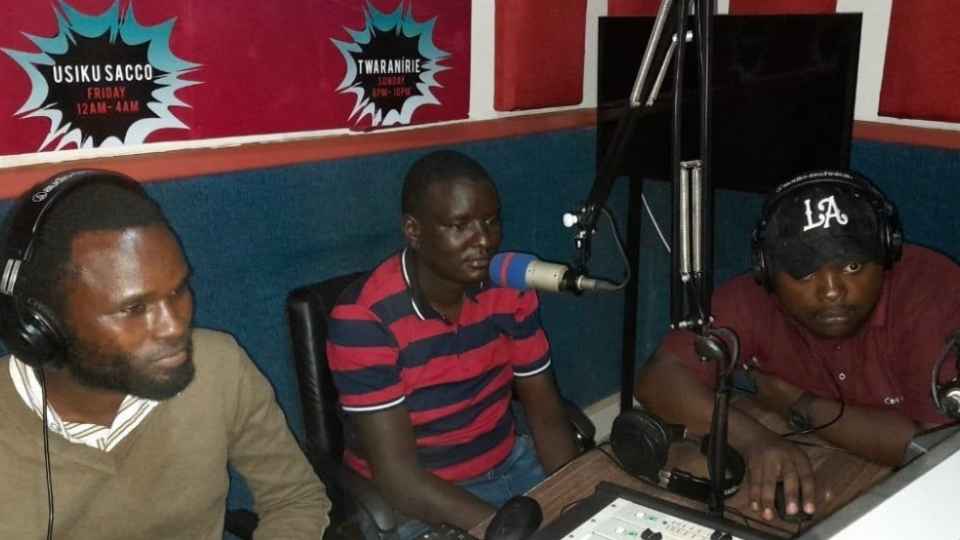 Tony is an anti-FGM campaigner working within Meru County. This talk with a children’s officer highlight that more needs to be understood about reporting an FGM case since callers still are worried about confidentiality.

Tony’s project involved having a radio talk show featuring a Children’s officer and a medical practitioner to sensitize the community members on the reporting mechanisms/channels available, the children’s Act and other laws applicable when dealing with cases of FGM as well as demystifying the myths surrounding the health effects of FGM.

Children officers are key gatekeepers in our society. Their key mandate is addressing child protection cases/issues in their respective areas of operation. All cases of FGM, Child Neglect, Rape, defilement have to pass through their offices before being presented in court. This means they have vast knowledge when it comes to handling FGM cases.

In this campaign, Tony used Getu FM Radio station which has an estimated reach of 1.5 Million listeners and an additional 200,000 reach on their social media pages. The listeners are spread across Meru, Tharaka Nithi, and Embu Counties.

The media project was extremely successful. Tony was able to secure a spot on the morning show which is prime time when the majority of listeners are tuned in. The talk show was held on 4th June and elicited lengthy discussion in a time when not so many people were talking about the Day of the African Child. The listeners were keen to learn more about the day and the topic of discussion, they also wanted to know how they could be part of the planned celebrations in different counties to mark the day.

Tony Mwebia was able to highlight the theme of the day of the African child, its origin, and why it is celebrated. He explained this year’s theme, “30 years after the adoption of the Charter: accelerate the implementation of Agenda 2040 for an Africa fit for children” and put it in the context of ending FGM and child marriage.

The majority of the listeners were very happy to learn about the different services offered by the children’s department. Some did inquiries on cases of child abuse and neglect. One caller did an inquiry on how to anonymously report suspected cases of FGM and Child marriage. She cited fear of community backlash as a key hindrance in reporting such cases. The children officer shared the following numbers; 116 – Child helpline and 1195 Gender recovery center number as avenues that listeners could use for reporting. Additionally, she insisted that children officers are well trained and they handle all cases reported to them with the utmost confidentiality.

The clinical officer joining on phone was able to explain in-depth all the medical effects both short term and long term;

A caller did an inquiry on clitoral hood repair and the clinical officer was able to explain the procedure to the listeners. This elicited a lot of interest as many callers had not heard about the procedure before.

Strong message from the media campaign:

If I was to carry out this activity again I would increase the time of the show as the callers were many. This would allow all their questions to get answered by the end of the show

Ruth is an opera singer collaborating with women in Kenya using indigenous music to end FGM. She is compiling stories written by End FGM campaigners working with the Global Media Campaign to End FGM.