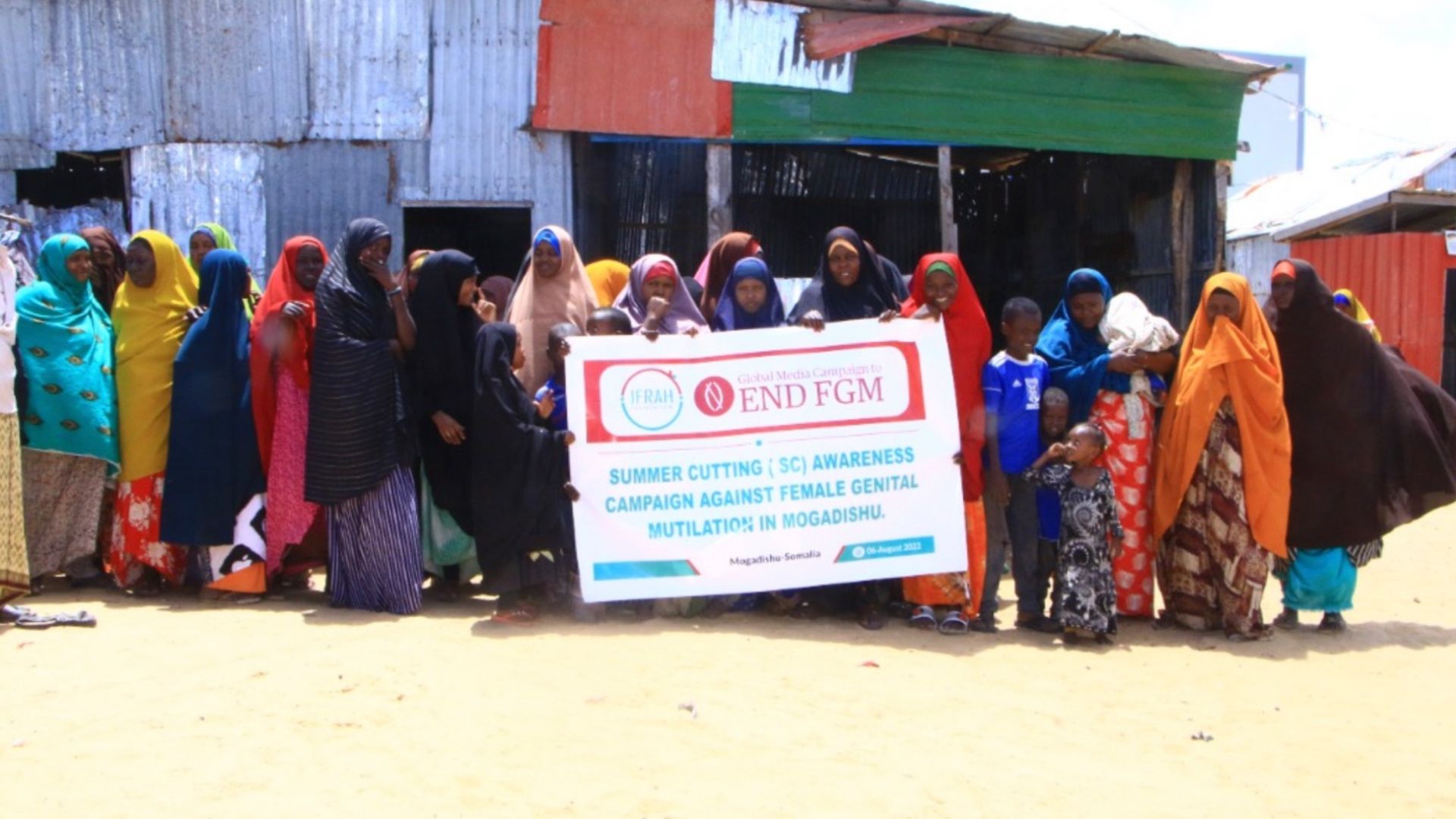 By Ifrah Ahmed and Mohamed Adan,

Where did FGM come from?

Female Genital Mutilation (FGM) is the term used to refer to the removal of all or part of the female genitalia. The practice is deeply embedded in African culture and has continued for thousands of years. The origins of the practice are not fully understood but it is thought to have existed since 3000BC.

Religion, especially Islam, has often been given as the reason for the practice. However, according to the World Health Organization (WHO), FGM predates all modern religions.

It is estimated that more than 130m million girls and women have been subjected to FGM and that a further 2 million girls are at risk each year. Most of these women live in 287 African countries and increasingly in Somalia and Ethiopia, among the pastoral and riverine communities in remote and rural areas.

The Anti-FGM proponents in Africa or Somalia and elsewhere have recently made great progress in challenging the practice by pointing to the physical and psychological health risks of the practice; its impact on a girl’s education, early marriages, and general development of the community as a whole; and by calling for respect for human rights of girls and women in general.

African women’s organizations at the forefront state that FGM is rooted and perpetuated in the unequal relationship between women and men in African societies, a trend that makes women passive and to comply with traditions, and the stress generated by accepting these practices as right and/or inevitable to belong to the society.

Thus the anti-FGM campaigners need to raise the debate within communities practicing it. The transformation will come when people recognise and understand the wider benefits that change will bring to the health and general well-being of the girls and women, as well as the whole community. The main is to build positive motivation for people to embrace change.

In Somalia, over 90 percent or more of girls and women have been subjected to female genital mutilation or FGM. Despite the practice having devastating health ramifications for women and girls – including pain, bleeding, permanent disability, and even death – discussion over how to end the harmful tradition remains taboo.

Effects of Female genital mutilation on women and girls:

The facilitator elaborated on the effect of FGM on girls and women. The awareness campaigns’ participants were informed that FGM has no health benefits, and it harms girls and women in many ways. The facilitator defined the term: FGM as removing and damaging healthy and normal female genital tissue and interfering with the natural functions of girls and women’s bodies.

Although all forms of FGM are associated with an increased risk of health complications, the risk is greater with more severe forms of FGM. In Somalia, according to the UNFPA FGM/C continues to be highly prevalent 98% in both rural and urban areas. The majority of the girls over the age of 18 have undergone FGM/C. The less intense practice is increasing in urban areas due to the mass awareness of the health consequences of female genital mutilation.

During the awareness campaign, the facilitator narrated cases of death as a result of FGM/C “Fartun Hassan Ahmed 13 years old girl who was living with her family at JEERIN village in Galkacyo district was mutilated and died as a result of excessive bleeding.” “Just imagine putting in danger the lives of another innocent girl.” Her father Hassan was blind she used to cook him and help him, the father is alone and started mobilization against FGM after experiencing the harms associated with this practice. Her father is now campaigning to help end FGM in his community.. read more here.

“Residents of this camp are changing their attitudes towards the practices as a result of massive campaigns reaching every household. I urged the newly arrived IDPs and parents’/community leaders to join the move until we make sure that our society is free from FGM.”

“Female genital mutilation is a lifetime problem, starting from the first procedure until whole lifetime.”

She asks participants, and religious leaders to increase awareness campaigns in the Internally Displaced People camps, rural areas, and schools and protect girls from the risks associated with this practice.

Halima emphasised the importance of putting harmful traditional practices to an end she said:

“There is a decline of practicing FGM in this camp as a result of massive awareness campaigns conducted by Ifrah foundation and Global media campaign, and I want to urge parents to end all forms of FGM since it harms girls and women throughout their lifetime.”

Bille, a traditional elder elaborated on the Islamic teachings on FGM. He said. “ FGM has no place in our religion and it is a violation against women and girls.” He urged the community members to end this harmful practice since it has health complications for women and girls.

The awareness was officially closed by Mohamed Adan of the Ifrah Foundation who advised the participants to make sure the rights of women and girls are protected.

During this awareness campaign, media outlets such as Television and Radio were used. approximately 2 million people were reached through television, Radio, and Social media (Facebook, Twitter, YouTube)