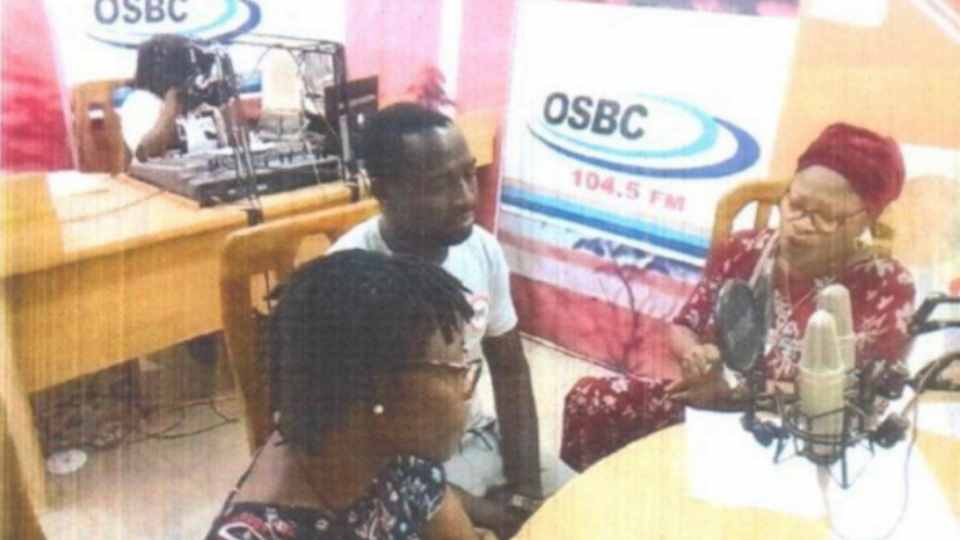 it is now a matter of compulsion for this generation to completely abandon FGM, a Nation/family that supports the mutilation of her girls is backward.

He also talked about the meaning of FGM, type of FGM, Medicalization of FGM, and the effects of FGM in the life of girls, women, the family Economy, and the society at large.

Tosin, in her words, explained the pain and trauma of FGM in the entire life of girls/women; she said cultural consideration for FGM is archaic and not scientifically based. She maintained that FGM has no value other than numerous health hazards for the victim. She said most women understand the pain of FGM but they have decided to live in silence because of stigmatization, FGM is killing millions of women every year across the Africa continent. She gave detailed information about FGM prohibition laws in Osun State and the newly domesticated VAPP law in the State, she pleaded with all concerned government agencies and all stakeholders in the State to make sure that the law prohibiting FGM in the State is well implemented.

The sheriff spoke on the role and efforts of public health practitioners in protecting the girls and women from FGM, he joined other guests to appeal to the public to stop the act of mutilating our
girls and the entire Africa child, he charged the government at all levels to be more proactive and responsible towards the protection of the Rights of girls and the entire citizens.

PHONE-IN SEGMENT
Alhaja Bolape from Ibadan in Oyo State, Appreciated the organizer of the programme, she said she got awareness on FGM through media, because the first time she got to know about FGM it was through the same media platform sponsored by this same organization, since then she has been preaching the gospel of End FGM through the platform of mosques and markets and many people mindsets about FGM have been changed positively through her sensitization.

Mrs. Ganiyatu from Iwo in Osun State also appreciated the guests and the organizer of the programme and asked about the place of tradition in the practice of FGM and was answered by Tosin. The other three people called in and were responded to by the guests.
Our audience reach, covered about eight million people in the South West, from Osun, Oyo, Ondo, Kwara, Ekiti, Lagos, Ogun, Kogi and the Edo States.

People from different communities have been calling the phone contact of Yusuf Dauda released on-air for more clarifications, counseling, and sensitization on the issues of FGM among family members with a lot of pressure to do or not to do FGM for their children.