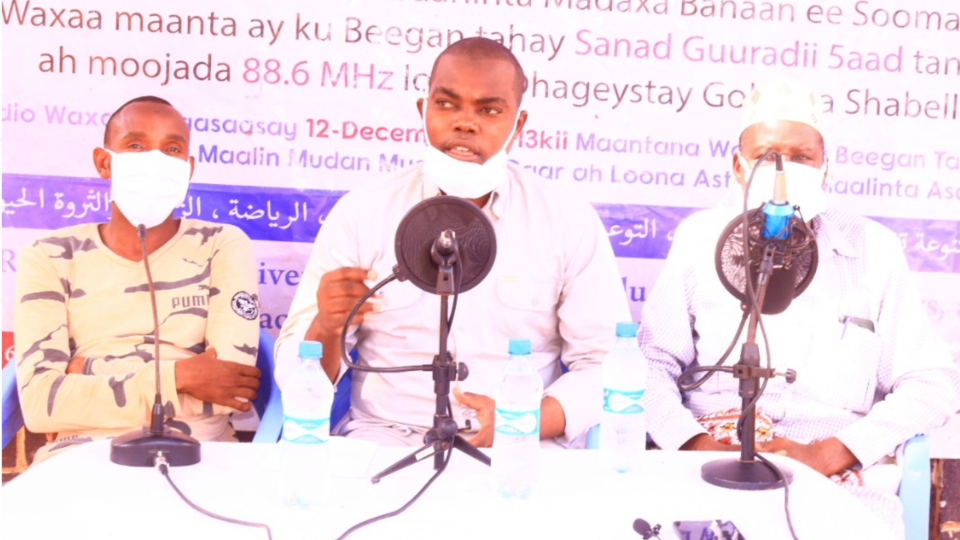 More Elders join the fight to End FGM After the death of Fartun, a 13-year-old girl who bled to death after undergoing FGM in July.

The talk show discussed the death of 13-year-old girl Fartun who died because of bleeding after being cut in central part of Somalia. This death really shook the nation and now more Elders are standing up to fight against FGM. Read more about Fartun here.

He called on Somali fathers to play their part in protecting the rights of children, especially girls, who are often vulnerable to various problems, such as educating their mothers and telling them that female genital mutilation FGM is not a good thing.

“If a girl is being cut, she will have no respect or love for her husband because an essential part of her reproductive tissues is being removed that affected her sexual and reproductive right.”

In addition to the persistent health problems that come with being circumcised, the recent incident of a 13-year-old girl being circumcised and bleeding to death is a case in point, Ahmed Sokeli was asked what he knew about Female Genital Mutilation and the family’s culture. He shared:

“I have talked to my sons and they have told me that there is a better and more comfortable life for girls who are not circumcised.”

He said young people love girls who have not been subjected to female genital mutilation, which he said is good sexual intimacy for her husband, urging parents and young men to play their part in educating parents.

“Boys are required to work with mothers or fathers to stop the practice against young girls.”