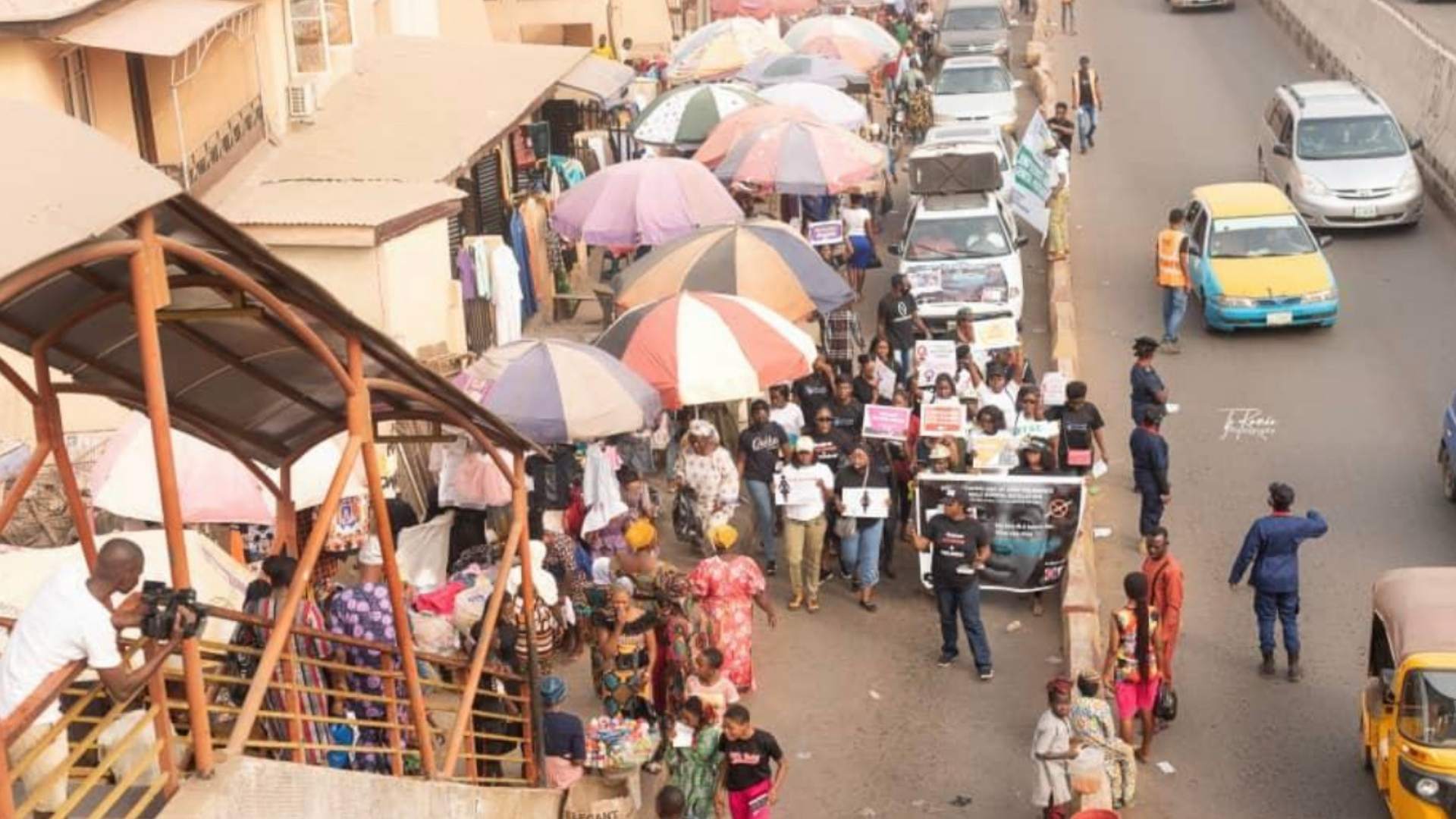 The project was a campaign against Female Genital Mutilation with members of the state chapter of the International Federation of women lawyers, fellow Journalists, the gender vanguard group of the National Youth Service Corps, NYSC, and FGM Activists.

We walked through the popular Oja-Oba Market in Akure, the Ondo State capital, NIGERIA.

Campaign materials included banners, flyers, and T-shirts with messages that explained the dangers of the practice and the need to end it. People moved around with their campaign materials to also have a one-on-one with market women and those moving around.

A disc-Jockey also accompanied us through the walk to share messages earlier voiced in local languages for easy understanding by those we intended to pass the message to.

Equally, the event was covered by Television Continental (TVC), Adaba Fm in Akure, Ondo state, and OSRC in Ondo State as well. Some other blogs also covered the event.

After the walk, we converged on the popular Democracy park and had snacks and water distributed to members of the campaign train before dispersing.

Here are some of the links and pictures of the stories created by newsmen to make the event memorable.