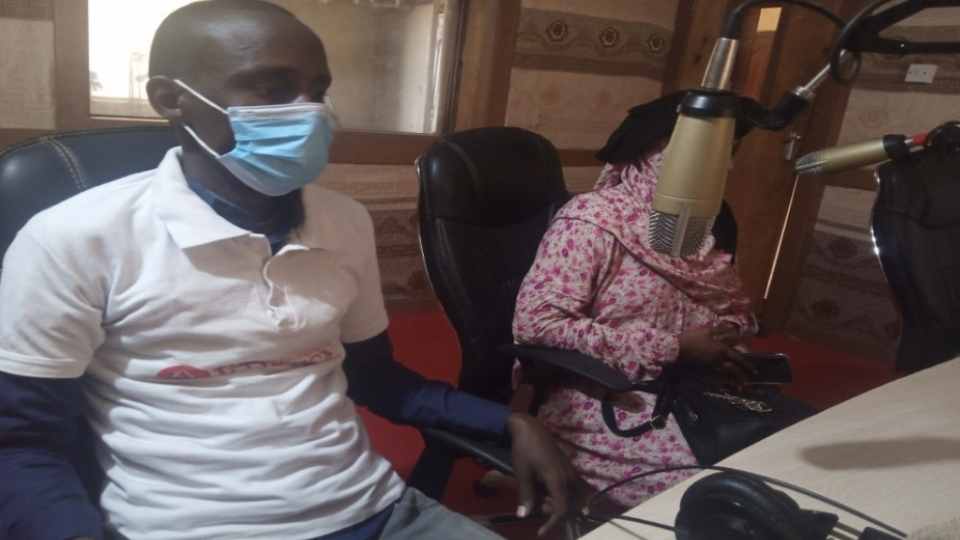 We have engaged the departmental heads to revitalize the fight against FGM in the sub-county. Headteachers of all the secondary schools, police, and local administration were our targets.

The headteachers ( matrons) are the second parents at the boarding schools they give guidance and counseling to girls on the impact of FGM, the police officers are there to maintain law and order within the society, therefore the police were there to give us the number of reported cases in Wajir county and how it’s decreasing recently.

Girls are the current survivors back at their home during holidays. The headteachers plan to put more effort into how to educate and rescue their siblings from harmful practice, the police are vigilant on how to handle reported cases of FGM while strictly adhere the constitution of Kenya.

Wajir community radio has the widest coverage and listeners and has an average listener reach of approximately 500,000 people.

The nurse was telling the callers about how innocent girls are dying every day as a result of over bleeding, and how the parents fear to bring their girls to hospitals.

The event was successful as I have engaged the team in planning, implementation, and evaluation of the campaign.

The reformed cutters are currently role models in society. Initially, they would hideaway, but recently they do roadshows to educate people on how to stop the harmful practice, also other stakeholders helped me to assist the reformed cutters with small businesses in the exchange of the cutting business which was their daily bread.

The strong message that came out through the media project was that identification is the main challenge. We currently have issues in tracking when and where the cutting is done.

We would continue to strengthen girl’s awareness against FGM. This remains very vital in the fight against FGM: