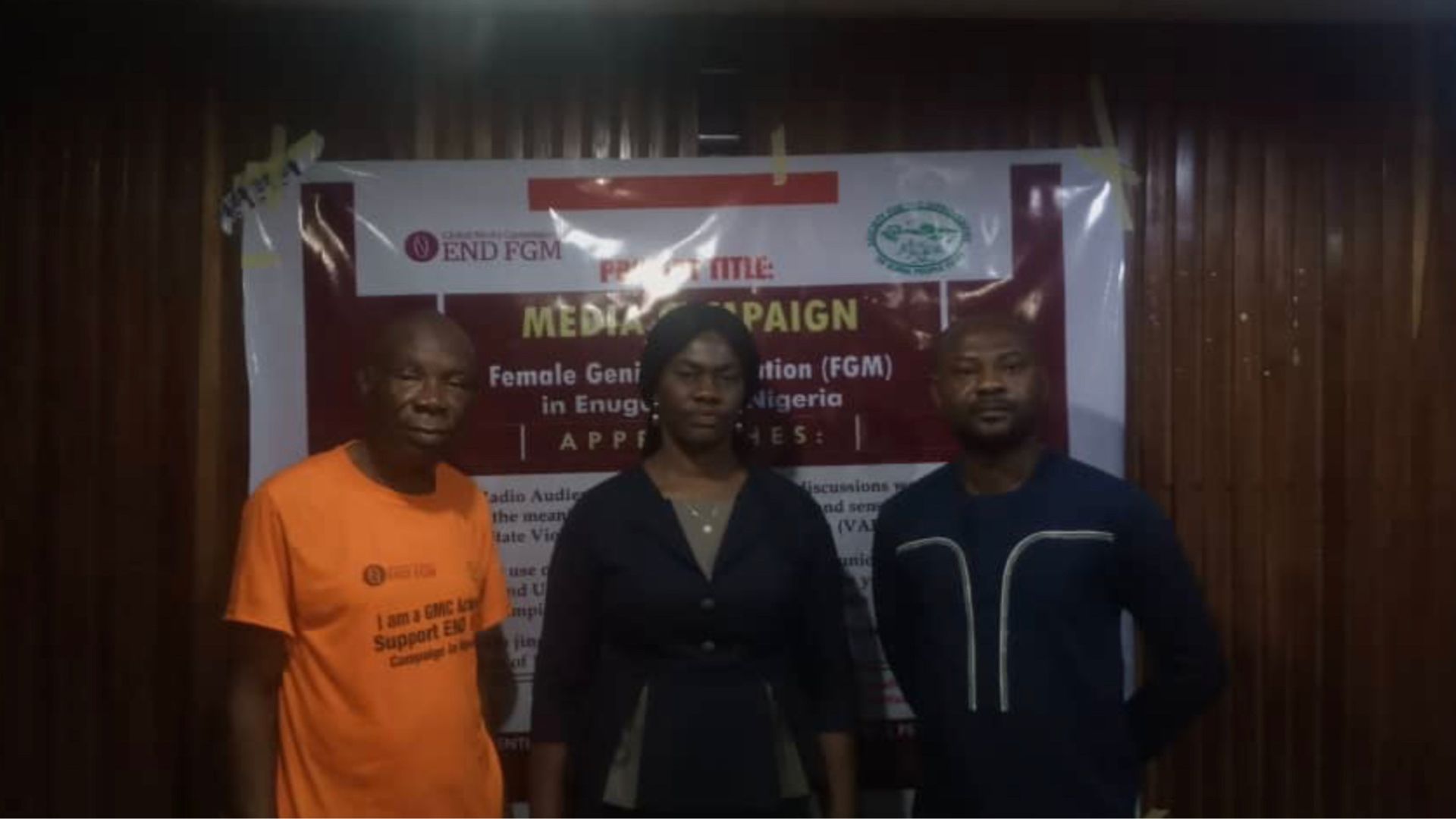 We have observed since 2017; the influx of young girls from the UK and America especially into Nigeria during the summer holidays of June to September of every year. Upon close observation and inquiries; we were able to identify that for hundreds of girls of Igbo and Nigerian descent in the UK the summer holidays mark the arrival of ‘cutting season’; when they are flown back to Nigeria to undergo FGM.

Activities are undertaken to mitigate and end the practice of FGM in Enugu State.

The phone-in programme defined FGM, the drivers and causes of FGM, and the consequences of FGM practice (both long and short term) on the girl child discussion was also held on Enugu State Violence Against Persons Prohibition (VAPP Law) 2019, and the consequence in the event of an infraction.

What came out strongly was the contribution by one Mazi Orji (from Okpanku Community) who called in to “complain” that it was since the aggressive advocacy against FGM practice that prostitution has been on the increase.

The implication of the above is that much as our advocacy using the media to end FGM practice is bearing fruit; a lot of work remains to be done with individuals like Mazi Orji who believes that cutting the girl child would reduce the incidence of prostitution in the State.

Seven ends FGM Champions were selected after a rigorous selection process was trained on Social Behavioural Change Communication (SBCC) approach for ending FGM participants were trained on how to use the SBCC approach to end FGM.

They learned that: “Through SBCC, they will be able to promote locally led and culturally relevant communication approaches to spark discussions and dialogue inspiring individuals and communities to question their own beliefs, creating an enabling environment for community-based intervention and broader policy and legal reforms and amplifying change where it is happening.

At the end of the Training, the Youths made the following declaration

“Today marks a momentous day in the global movement with support from the Global Media Campaign to End FGM. We are so excited to watch this movement grow from the minds of young champions and activists in Enugu State, Nigeria to a million voices all around the world”.

“We would take action by shattering the silence that surrounds FGM. By inviting others to join the movement, we are today taking a giant leap forward towards creating a world that is safer for our girls”

The role of the media in ending FGM can never be over-emphasized.