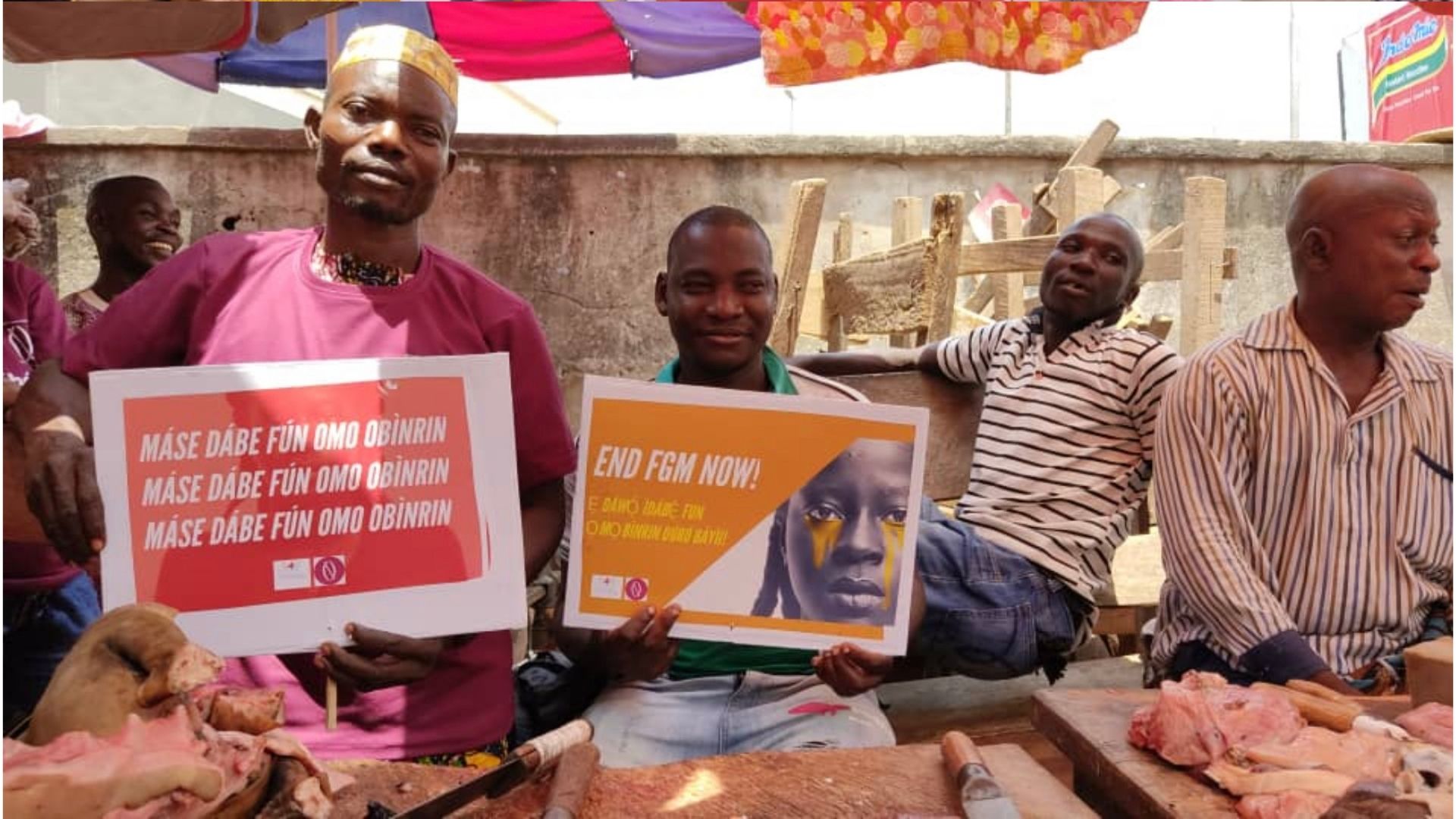 Monikanola Ogidan, an anti-FGM campaigner takes her campaigning to the markets in Nigeria, in hopes to raise awareness and end FGM.

I had a 3-in-1 campaign. A Monday through Friday 5mins package on why we need to end FGM both in English and our Yoruba native Language, scheduled during the peak period on one of the most listened-to radio stations in Ondo State (AdabaFM).

I presented publicity materials to the mother and child hospital in the State capital, and another most frequently visited health center by mothers.

Also, I was at the market square with some of my team members to sensitize some of the market women and men. We also had to make t-shirts with inscriptions about ending FGM in both English and our Native Yoruba language, went with our placards and had few engagements some of which came out very successful.