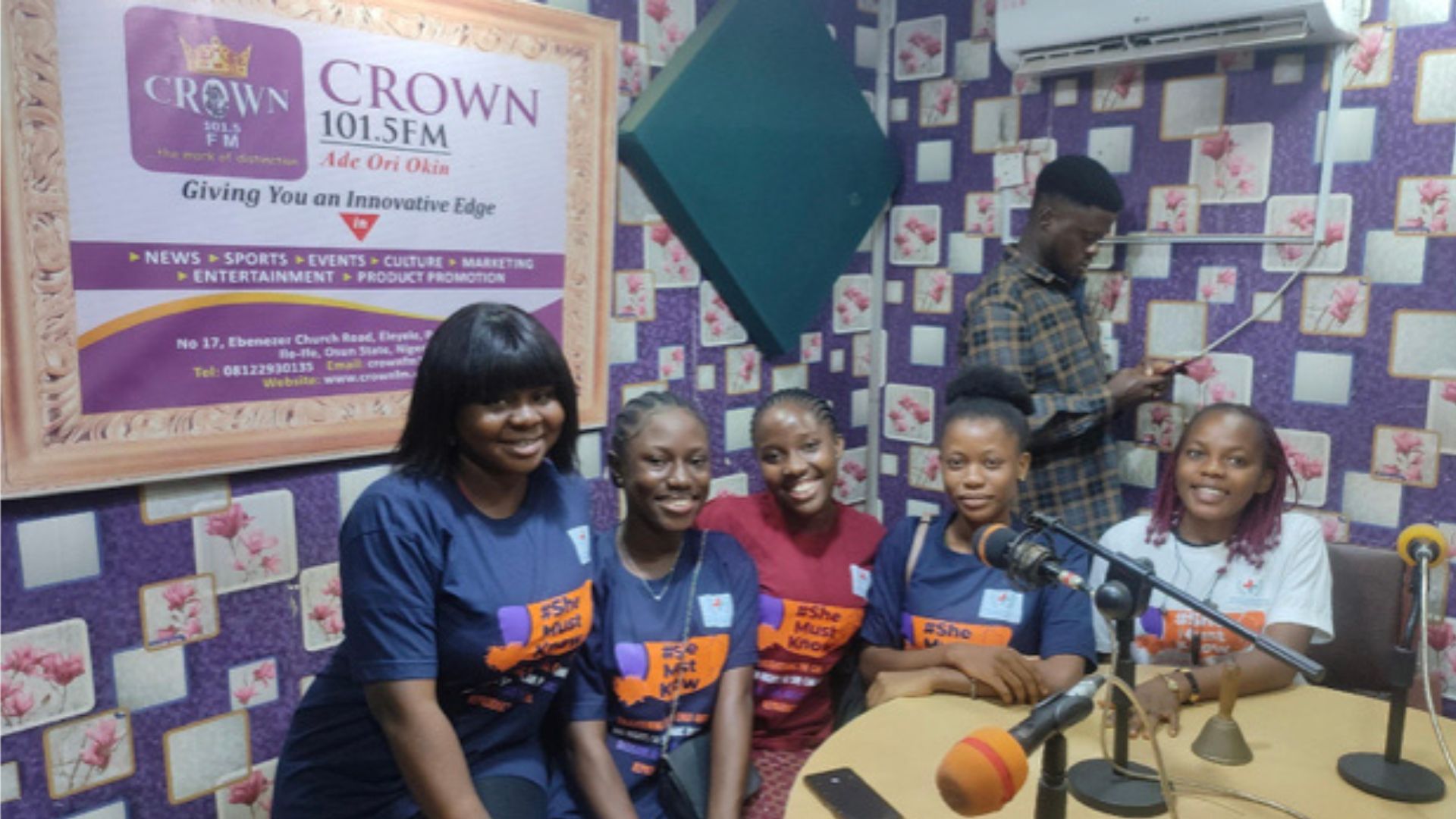 The media campaign series was a one-month radio sensitization programme held from 8th June 2022 to 29th June 2022 at 7:30 pm every Wednesday.

It was hosted in Ile Ife Osun State at Crown 101.5 FM Radio station situated at Eleyele Ile Ife. We got a one-month gig because of our previous relationship with the radio station and the input of Triple-A- Ayo Bello.

6 young undergraduates of Obafemi On University led the conversations. In the first week of the Media Campaign Series, we discussed Female Genital Mutilation. We spoke extensively on the types of FGM, the myths that surround FGM, the effects of FGM, the causes of FGM, etc. We had people call in to give their views on FGM. They all agreed that FGM is a harmful traditional and cultural practice that must end in our community.

During the second week of the Media Campaign Series #Shemustknow, we discussed SGBV; perpetrators of SGBV, effects of SGBV, causes, and solutions to SGBV. We emphasized Child Abuse and Early Child Marriage happening in society to commemorate the Day of the African Child which was a day after our radio programme. We spoke extensively on the rights of a child and how they should be properly managed. We had lots of callers phone in to share their experience with child abuse, and how it affected them. We had others call in to implore the listeners at home to stop the act of Child Abuse and Early Child Marriage.

The third week of the Media Campaign Series was a lot more interesting. Still, on SGBV, we talked about Domestic Violence ( Intimate Partner Violence) following the viral video that captured a man beating his fiancee for alleged cheating. We spoke on the VAPP ( Violence Against Person’s Prohibition) act and its domestication in Osun state. We had so many callers, each of them expressing their dislike for domestic violence and referring to those involved in that act as animals. The callers had so much to say as this was a very sensitive issue in society, but our time was fast spent.

We implored our listeners to avoid violence against one another.
The concluding week of the Media Campaign Series was a huge one. We had a guest speaker who is a lawyer/gender development expert, the founder of CPC person of Barr. Olaoluwa Abagun. She spoke extensively on what the law has to say about SGBV and the punishment/sanctions attached to it. We had people call in to agree to what the law says about SGBV.

Challenges while carrying out the project:

We had two different language audiences and we could only afford the English slot.

How we managed the Challenges:

The Media Campaign Series was highly welcomed and received by the residents of Ile Ife and neighboring towns. The project was a huge success banking on the collective efforts of the Volunteers of IGRHD ( Initiative For Girls Rights and Health Development), who also were the co-host of the radio sensitization programme, and also Triple-A- Mrs. Ayodeji Bello-Awodoyin who was there to guide us and also was a guest of the show.