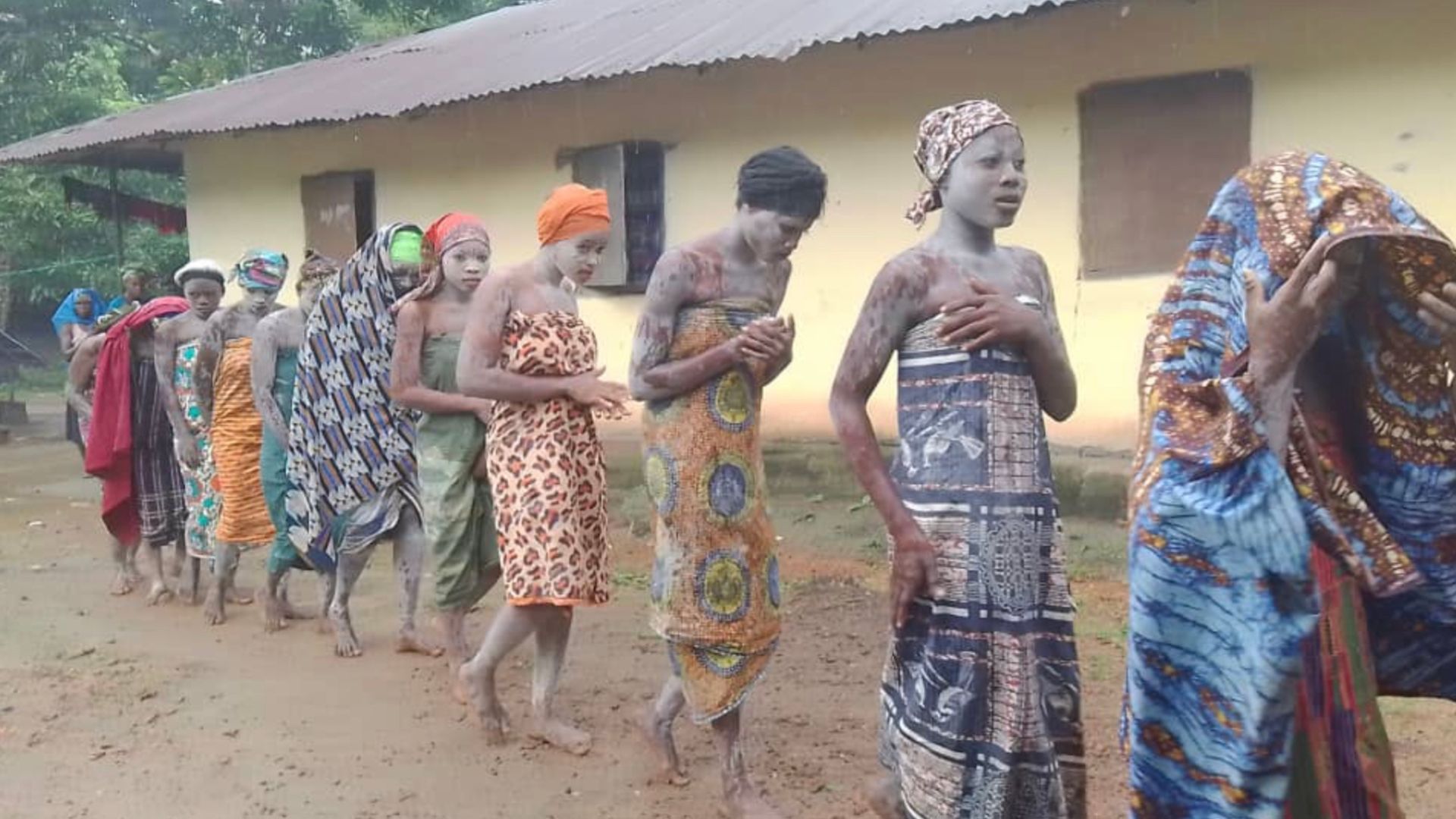 In Sierra Leone, we have more Bondo bushes than schools and parents will normally take their girls out of school to the Bondo Bush to be initiated into FGM.

AIM thought the best to reduce and control the rampant initiations is to work with local authorities and reduce the Bondo bushes thereby replacing them with the school.

This strategy will help the government to meet its commitment to education for all as its being implemented in rural communities. The project is implemented in two locations Rosenfbeh Village in the Port Loko district and Matotoka Tonkolili district.

Two schools are under construction after the Bondo bushes were removed. Under the project, a lot of other activities were implemented including the public declaration and alternative rite of passage.

On the 5th of August 2022, the Amazonian Initiative Movement Sierra Leone held its declaration activity for the practitioners of FGM fondly known as Sowies.

A day that will go down in history…

This historic event took place in the Matotoka community center in the Tane Chiefdom Tonkolili district. This event attracted several stakeholders within the Matotoka Community and its environs, and a total of 50 FGM practitioners have laid down their knives , blades, and symbolic head ties as a way to denounce their practices of FGM.

During this event, a total of 70 Un-Cut girls who are to go through Alternative Rite of Passage were present and can learn the basics of the practice of FGM and Sowie society especially the tools used and the negative effects it has.

The Alternative Rite of Passage:

Moreover, this event was followed by thorough medical screening of the Un-Cut girls. (Blood tests and Sexually Transmitted Diseases where all checked) and their ages documented before they were taken into the Bondo Bush for the Alternative Rite of Passage ceremony, after the screening process, a total of 50 girls were selected for the process and were taken into the Bush on the 7th August.

Eight days have already been spent in the Bondo Bush as of today where a series of activities have been observed so far ranging from attitudinal and behavioral change teaching and traditional rites that focus on traditional songs and slogans that show their belongingness to the Bondo Society.

These are the instruments used to produce Sounds for Bondo fanfares. These instruments are called Sambories aka Sangbas.

“You heard drumming everywhere live in Matotoka town where precious women are shown the way of their customs and traditions without harm and death. This whole night of drumming is to transfer the women from one stage to the other as a fulfillment of the alternative rites of passage.”