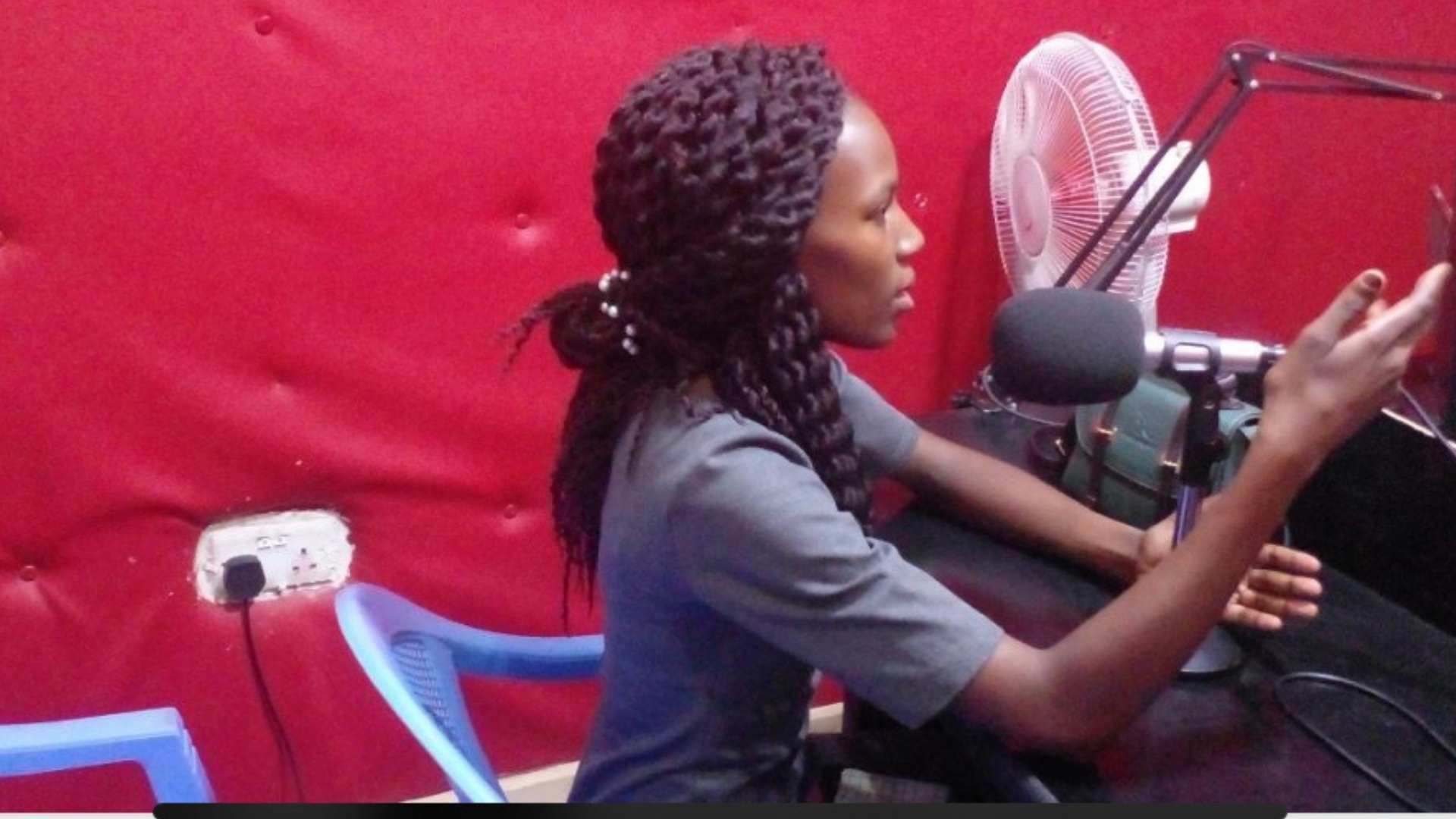 Theme: “ Sensitization and Education Awareness Creation on the FGM practicing community on the Education, Health and Economic Advancement on the African women and girls.”

We had one live Radio talkback show on Saturday, April 9, 2022 The show was carried out at Tana Broadcasting Service (TBS), which is a 24-hour FM radio station located in Hola town of Tana River county. The show was hosted by Mr. Dannis an experienced radio presenter who used to host our various regular live Radio shows. We continued to use this FM radio station due to its vast coverage and reach.

The media coverage and reach of this radio are over 1 million people that comprise Kilifi, Lamu, Garissa, and the vast Tana River county.

We engaged various partners that included Mrs. Sylvia Galia, a clinical psychologist based at Hola referred Hospital, Sheikh Rashid Kofa, a religious leader, Mrs. Amina Godhana, an FGM survivor and a member of Dayaa Women Group Mzee Khalif Omar, a traditional leader from Wardey community and Mr. Abubakar Farah Hargamso, who is the area administrator (Chief) from the state department of Interior.

We engaged these partners due to their years of experience in the campaigns against FGM as well as their outstanding commitments and contributions towards the effort and campaigns to end FGM and other harmful cultural norms. Each of these players gave a talk on the subject and as well engaged in answering questions during questions sessions and engaged in a radio talk back show.

Our media campaign project’s success was evident by the number of texts, comments, and suggestions from the audiences who showed lots of concern for ending FGM and other harmful cultural norms.

Such concerns were especially from male youth and married women who either said that they went through the procedure or for young men who said they prefer to marry uncut girls. Most of the questions were especially directed to either the healthcare provider or the religious leader.

Mrs. Amina Godhana who also gave a talk triggered emotions and didn’t hold back tears. The host and radio presenter, Mr. Dennis Maitha who hosted the program later interviewed her making her session lively with countless people either calling or texting.

Though the project was successful, however, there were some difficulties and challenges that we encountered. These were especially evident during the project planning and execution. The vastness of Tana River county remained the major challenge to bring to the radio key participants and partners. Due to the literacy level of the people in the county, many people who were engaged during questions sessions, especially the elderly people had a problem understanding some medical or health terminologies.

The vastness of Tana River county also remained a challenge especially in reaching out and bringing some of the key partners who live in some villages in the county.

The project was generally successful citing the audiences who either call in to contribute or asked questions with positive contributions. Some of the text messages we received also suggested the success of the project. Despite this, some callers had a different opinion regarding FGM, especially when the traditional and religious leaders were giving a talk.

These linked strongly FGM either to Islamic religion or traditional rite of passage. In nutshell, the strong message that came out during the talk was that FGM has negatively contributed to the huge school dropouts hence its effect on the Education of the girl-child. The message that came out through when the administrator or chief was giving the talk was FGM is to be blamed for poverty in Tana River.

Some unexpected wins that we realized and or achieved included the number of callers who strongly promised to help Dayaa Women Group in the fight against the vice.

If I were to carry out this activity again, some of the things I would have to do differently is included some other partners to give a talk such As FGM survivors who developed obstetric fistula to give a talk, to share their experience and history of the pain and trauma associated with the operation.