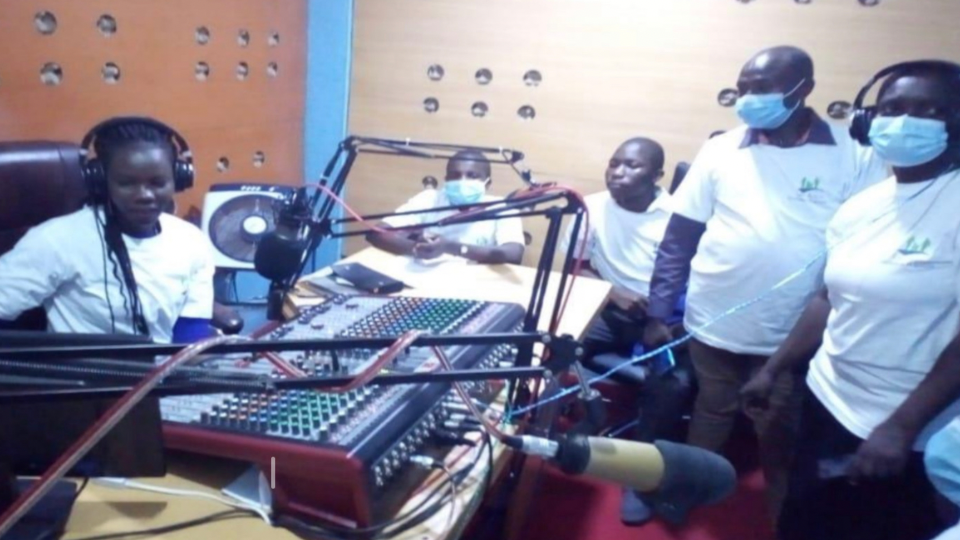 Vincent Ogallo is an anti-FGM campaigner, based in Kuria. His project included a live radio talk show where two child guests were invited on air to be role models to other children who might be at risk of undergoing FGM.

During this day of the African Child 2021, I conducted a radio talk show at Radio Togootane 88.3FM with the sub-county Mr. Jams Omondi – Children’s officer, Mr. Samwel Werema-sub-
county director of education together with two child guests.

The children’s officer was able to sensitize the community on air making them more aware of the rights of the children’s as enshrined in the key children protection policies, especially the children’s Act, 2014 that he touched on and he also enlightened the listeners on the child protection pathways and linkages in case of any suspected cases of child rights violation within the villages.

The Sub-county director of education was able to dialogues on-air on the importance of giving children access to quality and compulsory education as an alternative rite of passage rather than subjecting them to harmful cultural practices that violate their rights as children as she also shares education framework and statistics of school-going children from the sub-county on education to the community.

Being on the dialogue panel, I was also able to share with the community our county specific minimum service package and the county-specific costed action plan for ending FGM by our a county government that was launched recently that will help curb FGM if collectively implemented.

The two-child guests on the radio talk were able to share their thoughts on holding to education rather than engaging in things that might put their lives at risk with the children listening. They also, share with other children listening on what they should do when at risk of FGM and child marriages.

I was able to use Local Radio Togootane 88.3FM located in Kuria, Migori County, Kenya. We had a reach of over 800,000 listeners for the live radio talk show and also had an end female genital mutilation spot message running for a week before and post DAC 2021 at Togootane 88.3FM Radio.

The success of the project:

Radio Togootane 88.3FM is a local station in Kuria-Migori county Kenya that has been embraced by the Kurian Community hence has a wider reach of over 800, 000 listeners drawn from different categories of generations and this is the wide population which we were able to reach out to during this radio talk show supported by GMCtoEndFGM.

The panelists being chosen among the most influencers in the community of Kuria including key government officials and child guest, they were able to enlighten the listeners, share challenges and positive change stories towards the abandonment of FGM.

The Sub-county children’s officer for Kuria west; Mr.James Omondi was able to enlighten the listeners on the child protection pathways and linkages in case of any suspected cases of child rights violation within the villages.

Most listeners had the opportunity to ask questions and make comments during the radio talk sessions as a sign that local radio is a powerful tool. Some were supporting the panelist/influencers’ quest to end FGM and during the session most callers especially parents and guardians called to emphasize how they have been able to stand up to protect children with the help of sub-county children officers and local campaigners like Mr. Vincent. This was a plus to the discussions and an eye-opener to other listeners.

Some callers also applauded the children who were guest during the discussion for standing boldly to embrace education against mutilation and thanked office of the sub-county education office for supporting child education in Kuria.

In equal measure, some listeners made calls challenging us that FGM is a cultural practice.

Inviting more influencers especially the elders, local activists, and the FGM Survivors to forge their support publicly towards ending FGM.