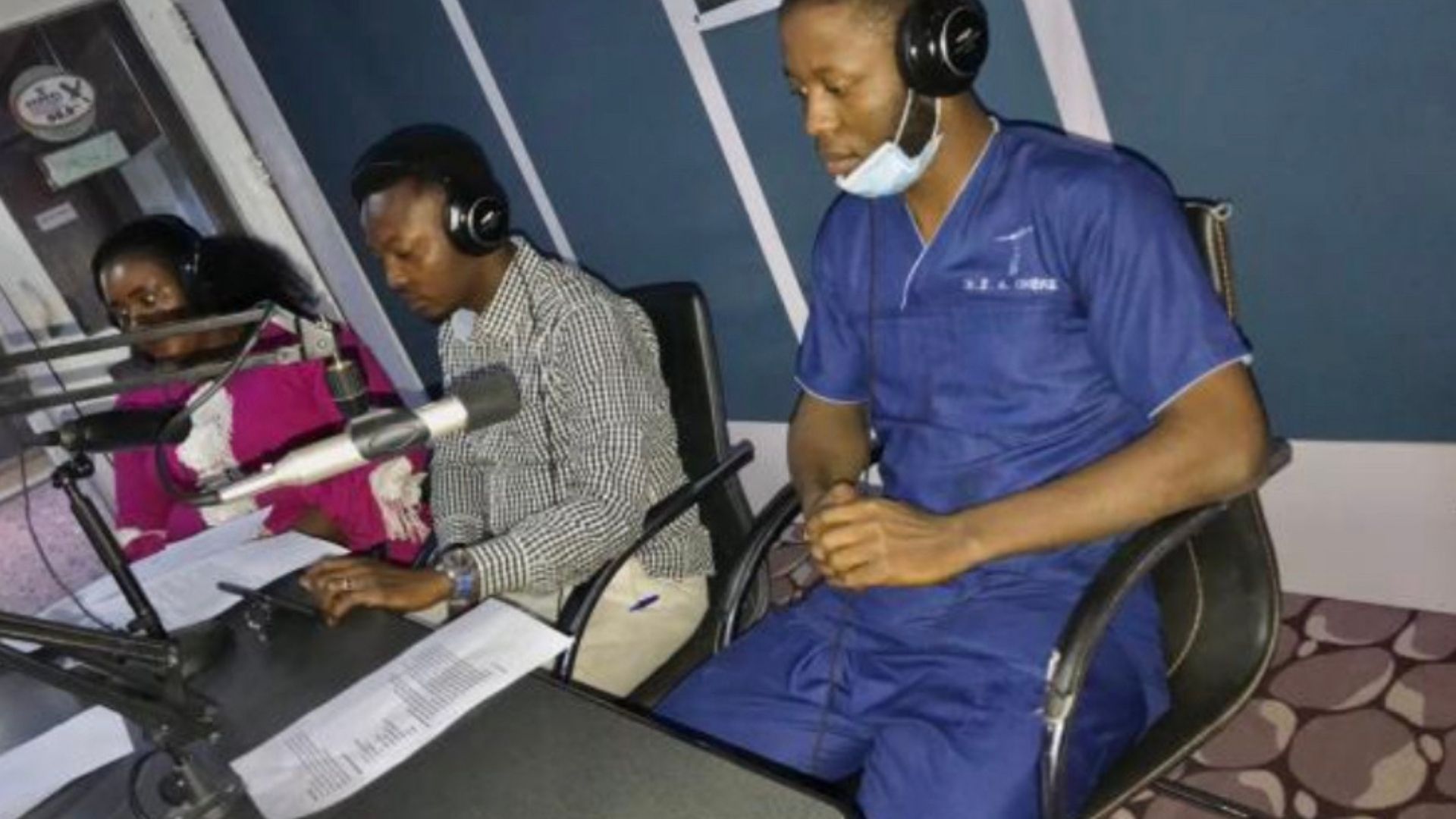 Mohammed Abdullahi reports on his work, where he engaged members of the community including community leaders’ human rights/gender advocates, and healthcare professionals across north-eastern Nigeria who serve as advocates against the practice of FGM.

The speakers include one male human rights advocate, two female gender advocates, one medical doctor, two female nurses, one midwife, and one religious leader (‘Imam’). These categories of individuals were engaged in the media awareness program because young people are predominantly affected and cannot voice out.

Aggressive awareness and sensitization in the TV and radio outlets and confronting the existing harmful traditional practices can help end this practice. Highlighting the harmful health implications to the audience and explaining that girls who do not undergo FGM grow up to be healthy women and no less female than girls who undergo FGM, would go a long way in changing the mindset of communities that are still practicing FGM. That is why we broaden the conversation to cover a holistic paradigm. To facilitate the awareness, we placed our jingle to last for a week and was presented in English, Hausa, and Kanuri Language.

We have utilized three languages (English, Hausa, and Kanuri) to communicate with the audience across the two states that the project was carried out, this contributed to high media reach. About 40% of the population can understand English, 80% understands Hausa and 55% understands Kanuri.

The TV awareness program was carried out in the English Language, where Mohammed Ibn Abdullahi, a Nurse and gender advocate together with Dr. Zara Ahmad, a Human right advocate who discussed extensively the FGM, health consequences, and the role of the community, religious and traditional leaders, civil society organizations and the government in the campaign against FGM. They also cleared out some of the misconceptions that are tied up to FGM.

This was followed by a radio program in the English language and then the last radio program which was presented in Hausa and Kanuri. The TV and radio programs are projected to have 4 million media reach across the two states.

This project was implemented with very little challenge. The only difficulty that was encountered was coordinating the activities in two different states, it was a bit challenging because of temporary movement restrictions between the two states due to some security operations along the axis.

“To cut up the sensitive sexual organ of a girl is directly against the honesty of nature, a distortion to her womanhood and an abuse of her fundamental human right’’

“The best way to make a girl abstain from pre-marital sex is not by cutting her genital, but by educating and mentoring her’’

“Girls are well created and perfected, and it is unnecessary and irrelevant to cut any part of their bodies”

“You or any of your family members may not have practiced FGM, but that is not enough reason to keep silent about it. You need to speak out against it to discourage others from the practice”

“When you cut a girl, you affect her womanhood”

Our discussion has generated a lot of conversation within Yobe and Borno State, as such, about 5 people have reached us via phone requesting more of such awareness and asking us how to join such campaign. Furthermore, Dandal Kura Radio International has recognized our FGM campaign and has pledged to grant us free monthly airtime dedicated to FGM awareness using local languages. This will be part of their effort to support the campaign against FGM.

What we would do differently next time

If given the opportunity, we will like to implement a training session with young people who are active on social media, to train them on how to use social media to raise awareness about FGM using multimedia messages (pictures, videos, audios, infographics, etc.) with this, we can be able to reach more people online with end messages across Nigeria.

With Global Media Campaign (GMC) supported media activities, we were able to strengthen our working relationship with numerous media outlets especially NTA, and Dandal Kura Radio International. They have now clearly understood the detriments of FGM and have also picked interest in the campaign as journalists.

Both television and radio media were used to reach out to the target audience using English and local languages.

The project was implemented in two states.

About 4 million media reach in the television and radio.

8 seasoned speakers/FGM campaigners were engaged in two sessions of the Radio program and one session of the television program.