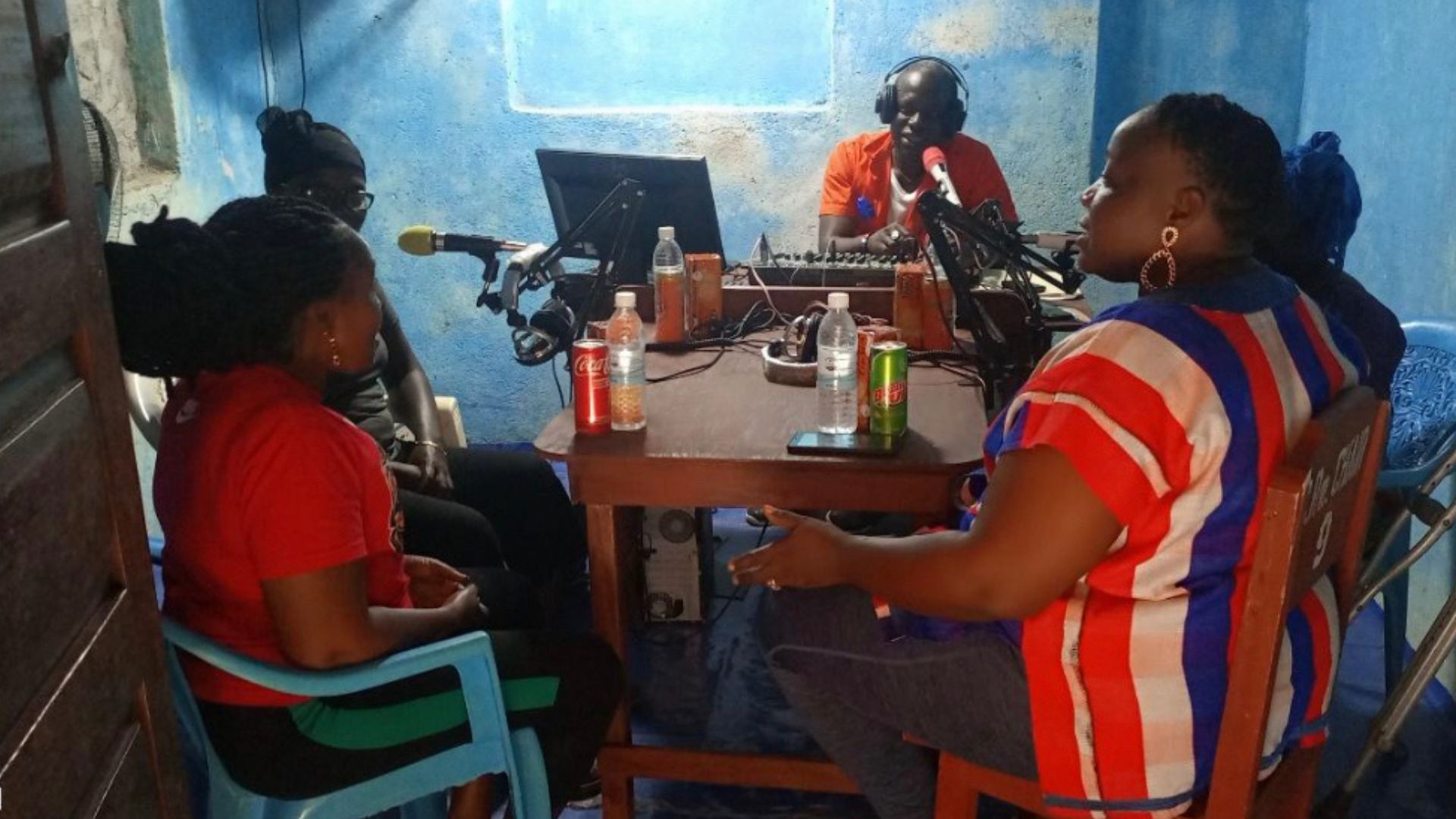 Team Save our Women and Girls comprises an activist as the team lead, a journalist, and a religious leader aiming at raising massive awareness on ending FGM.

As part of efforts to end FGM, we as a team with support from our partners (GMC) and (UNFPA) hosted two live radio talk shows to increase awareness by reaching thousands of people on our community radio stations which is Radio Kintoma 101.1 MHz that is owned and operated by the community.

The first radio talk- show that we hosted was on August 6, 2022, with team lead Deddeh Kanmoh of the National Rural Women, Bro Edwin Darwolo of the Teachers Association, Mr. Mohammed Sesay of the Independent National Commission on Human Rights, and Iman Alhaij A.M Kabbah of the Muslim community as well as Journalist Tokpa Tarnue as host at Radio Kintoma.

For this summer like other past activities, the discussions with our studio guests were all about the general effects and health implications of FGM and also ways to end the harmful practice (FGM) and how we all can promote formal education for our girl’s children and end the slavery against them.

These campaigners and actives from various sectors of our society during this summer’s GMC campaign activities were indeed up to the task as we expected to collectively put an end to FGM.

During their various presentations, they outlined named men walking out of some relationships after discovering that the partner went through FGM, the inability of some of the survivals to get pregnant, health complications during delivery, and profuse bleeding among others as some of the after math of FGM and do all believed that ending FGM is not one person’s business but rather a collective fight involving all.

In conclusion, we want to highly appreciate the GMC team and the UNFPA, and all of the other partners in this fight for all the support to our team.