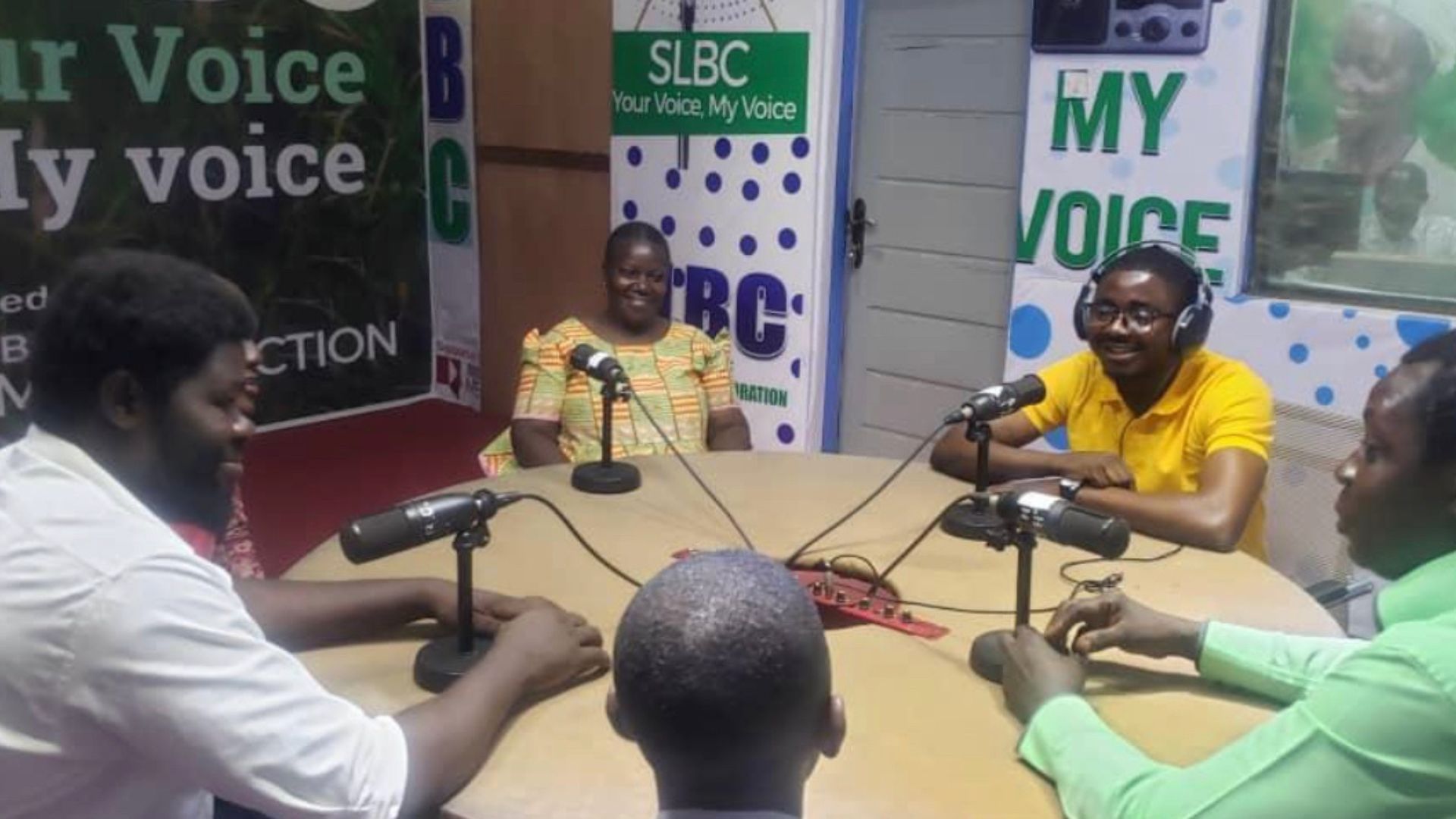 The Global Media Campaign funded Team Kailahun for this year’s end-FGM Campaign. Kailahun District is amongst other districts that still record a high number of FGM cases in Sierra Leone, thus the need for such campaigns.

Based on this context, we held a radio discussion program on SLBC Kailahun radio station to discuss ways to end FGM in the district by bringing various players into our studios. The programme was simulcast on radio Luawa radio in Kailahun District.

TOPIC: ENDING FGM IS EVERYONE’S RESPONSIBILITY TO SAVE THE NATION

Sowies, community stakeholders including a teacher, educate the public on the need to end FGM within the district before or by 2030.
The radio talk show was a success based on the responses we got from our listeners through text messages and calls. Many listeners that called in were pupils asking for support on how to say no to FGM. Some senior community personalities also phoned in.

The Sowie in the program is to educate their peers on the stop cutting our women and girls. The said Government should fully commit to eradicating FGM practice in Sierra Leone, noting that many women and girls have passed on as a result of FGM. Community stakeholders said Politicians see it as an access point to the campaign.

Although the implementation of this year’s campaign in the district was good, due to the level of acceptance from the public through their various input on the programme through texts messages, more and continuous media and community engagements need to be done to end FGM in Kailahun.

GMC should continue to support journalists across the county and other interested organisations in a bid to prevent our women and girls from dying because of FGM.