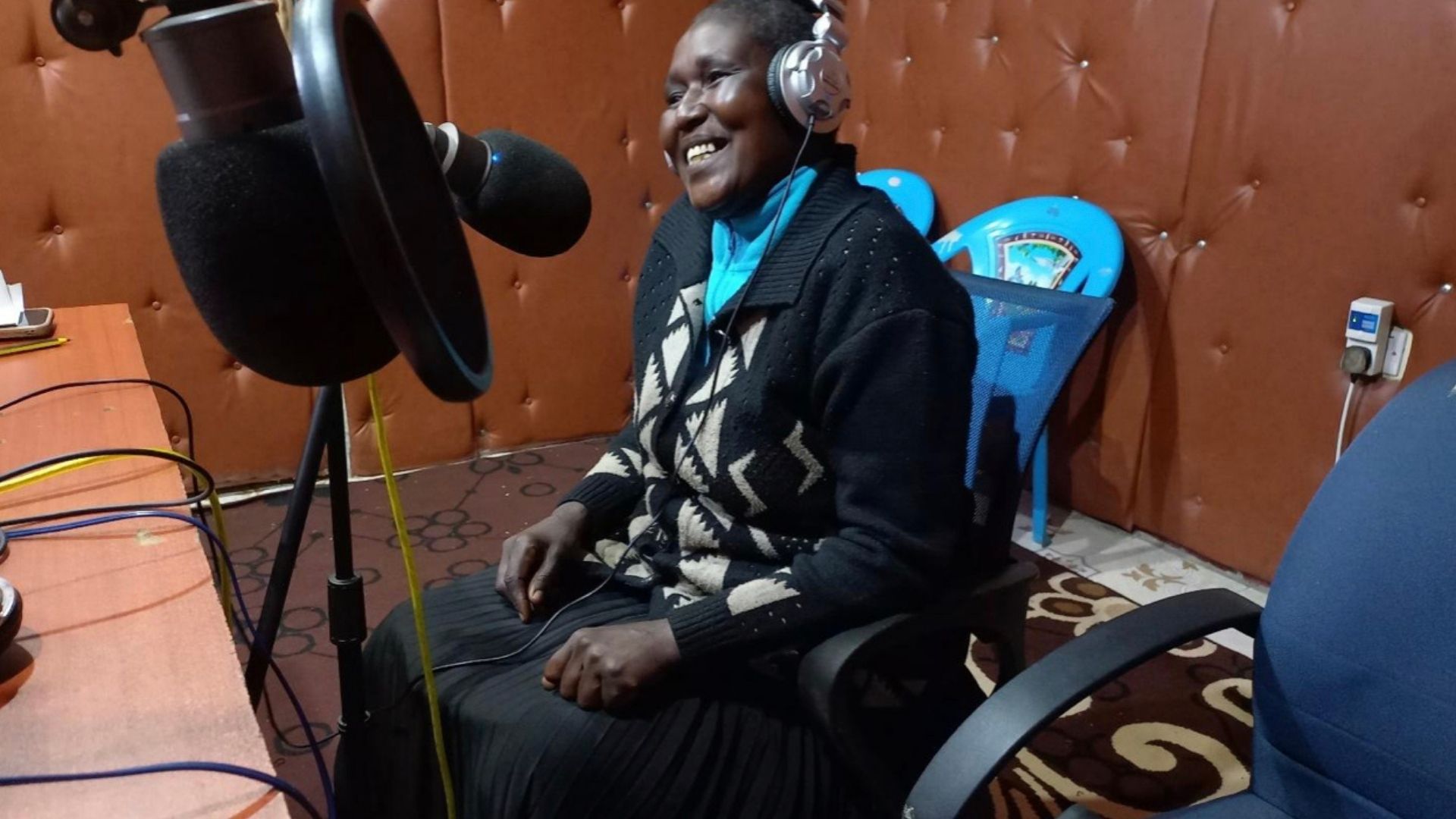 I’m Kiptei Isaac an activist against all forms of SGBV based in Bungoma, Trans Nzoia, and West Pokot counties in the Western part of Kenya.

The media project was directed at engaging the Kalenjin communities living in Trans-Nzoia and Bungoma counties extending to Eastern parts of Uganda bordering Kenya. These communities are Sabaots, Pokots, Nandies, and Sebei’s of Uganda.

The discussion majored on alternative rites of passage as well as cross-border FGM. This provided a platform for discussion on the effects of FGM on the girls and community as a whole, school drop-outs, and teenage pregnancies. This has been the biggest threat to the community as the young youthful generation is deteriorating immensely.

The discussion consisted of the Rtd Chief Mr. Alfred Lawendi who is also a member of the Sabaot Council of elders, mama Sarah Cheptoo who is an FGM survivor and an advocate against gender-based violence, Mr. Kiptei Isaac who is a young activist again all forms of SGBV and advocate for communal change a better youth and the media personality represented by the presenter, Mr. Daniel Ngeywo. The discussion took place in the Kalenjin dialect on Tulwoob Kony Radio.

"FGM is a bridge to marriage in our community. The moment you undergo the process, the next thing is dowry negotiation. It’s an outdated culture and we should do away with it to save our girls."Mama Chelimo from Cheptais Mt Elgon Click To Tweet “FGM is traumatizing, it lowers the dignity of a woman hence making men always superior. This leads them never to stand for their needs. This should change with immediate effect or we continue suffering like fools.”Peter Sirkwo, Bodaboda… Click To Tweet “We have a lot of school dropouts leading to early marriages within our region. All this is due to the lack of the right rite of passage for the girls on abandoning FGM. Something should be done about it.”Emmanuel Kiprotich from, Kaptama Click To Tweet

Through the responses from the members of the community, they appreciated the discussion and maintain that indeed the community has gone astray in terms of the children’s conduct leading to a high rate of pregnancies and school dropouts.

Some argued that FGM was playing a major role in shaping up the community but through the discussion, they realized that because of the major negative implications it has on girls, there is no need for the continued practice. But still, they maintained there is a need to have an alternative rite of passage.

The major hindrance still lies in limited time allocation on air. Convincing the presenter to have FGM as a major subject becomes another setback as most see it as a cultural issue that is not supposed to be discussed on air.

Mr. Alfred Lawendi identified that the cultural rules and norms were set by men and were supposed to be obeyed without question. This was like dictation on what the ladies and children can do as they were considered to be the same in front of men.

Mr. Lawendi regretted how FGM has impacted negatively on ladies more so when it comes to childbearing yet it was meant for good of the community. He strongly advised the community to do away with FGM as its time is much gone. He highly advocated for the girl child education stating that this is the only way the girls will open up to know themselves.

Mama Cheptoo said that, for a girl to identify herself in the community, she has to change her perspective towards life and ensure education becomes a key in her life. It doesn’t matter if it’s formal or informal. She reminded them that during their times, a girl was prepared to take care of the community. That’s in terms of child upbringing and taking care of the family property. Though the girl should be educated on her rights, she should always identify her space in the community lest she comes into collision with the men. She is always a helper and companion.

The girl should identify with her culture. She should sort out which culture is good and which one should be done away with.

“The girl should be a leader, from home to the outside world. They should not fear being in a leadership position as they are agents of change.” Mama Cheptoo Click To Tweet

Mr. Kiptei challenged the parents on their roles. He stated that the parent should create a family background where each child can identify. Let the parents provide for their children’s needs because most teenage pregnancies originate from the teenagers lacking basic needs like the pads among others.

They should also give their children freedom of expression to know how they are going on in school and their friends and their background.

Mr. Daniel asked parents to ensure they check on what their kids are doing always-on social media as is the source of information and also all evils.

The members of the community appreciate the fact that girls need to be protected against any evil directed against them, with or without their conscience.

Since the radio conversation : Mr. Lawendi reported back that he has been engaging the elders to come up with an alternative rite of passage. This is good news as it brings an end to FGM. Click To Tweet

The major challenge was resources for mobilization and going to the interior part of the community. Some of the community members don’t hear English or Kiswahili, they need to be told in their mother tongue.

Since the radio conversation : The elders accepted to change how the community view a girl child, from a weak vessel to a source of change and a voice of reason. Click To Tweet

This leads them to come up with an alternative rite of passage.
Most of the listeners stated that the high rate of pregnancies originates from home. They accepted that as the parents they were not playing their role well. Thus, resolved to provide for their children. The community members also resolved to ensure that all children attend school, be it boys or girls.
Also, the media being a major mainstream that can reach the majority of members in the community, promised to keep on educating them on the different vices.

The elders being the custodians of the community secretes, will be able to give their ideas of ways forward on the new changes and more so when it comes to the FGM issues, gender-based violence among others.

The ladies will be able to outline the gender mainstreams and the roles of each in the community.

The youths who are the successors will carry the messages back to others and be able to educate the community about the new way of life and how to maintain the dignity of the community while eliminating the bad culture.

This should be done at the communal level to include everyone.