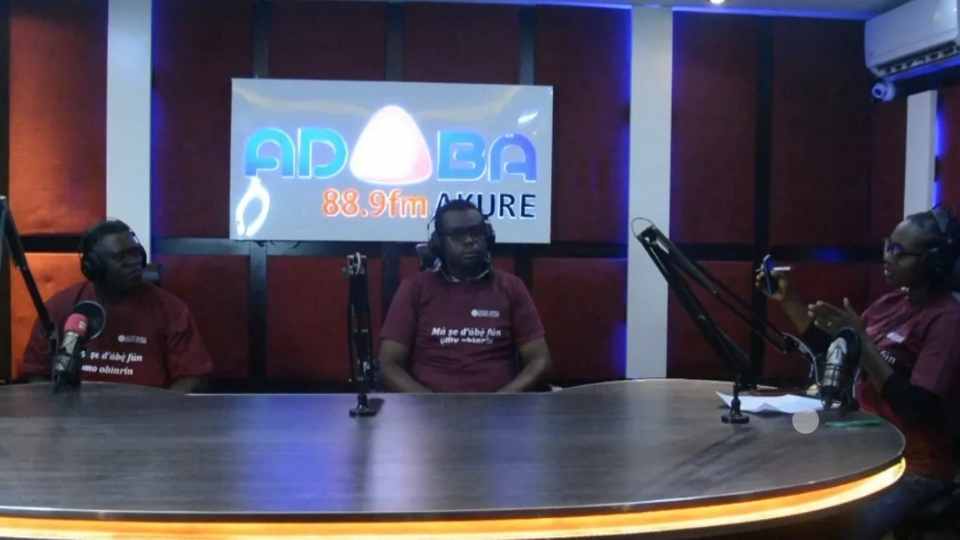 The activities for the day of the African Child started with the production of radio adverts and audiovisuals scheduled as jingles on Adaba 88.9FM during the morning belt peak periods. Adaba FM is a radio station situated in Akure, Ondo State and it conveniently covers six neighboring states of Ekiti, Edo, Delta, Osun, Kogi, and parts of Kwara State.

The major event for the day was our 45-mins radio engagement, where we had the personal assistant to the Deji of Akure, Chief Cele Fagite, social worker and co-end FGM activist, Ireti Adesida, and the chief medical director of the Mother and Child hospital in Akure, Dr. Banke Oluwafemi who joined us on phone.

On the program, the traditional ruler’s representative stressed that they would love that a hand of fellowship is extended to them for future collaborative works seeing that they are closer to the people at the grassroots.

One of the success stories of the program is that 98% of those who called in to participate in the program hailed the initiative to discuss an end to female genital mutilation practice and also celebrated the fact that the traditional rulers are joining their voices to an end in the practice even though this practice is rooted in cultural and traditional practices.

Going forward, what I would do differently, is to, first of all, have an on-the-street engagement before a studio version.

Also, branded shirts were made available with inscriptions on ending FGM which were handed over to guests on the program.

At the end of the program, we had a news item out of the program which was used both online and on electronic media. Here is the online link to the story carved out from the program: