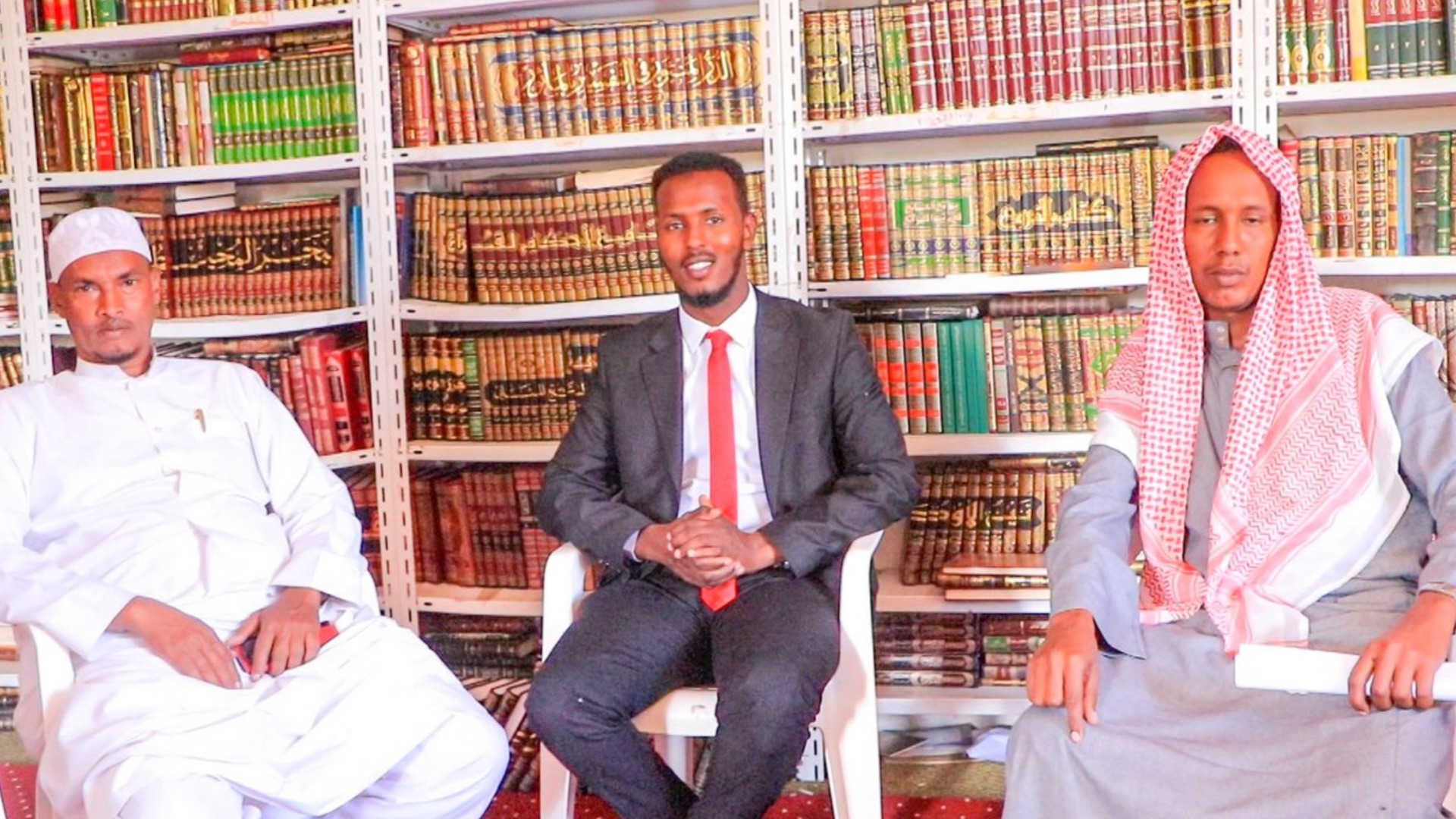 My name is Muhiyadin Mohamed Aden, I am a Somali journalist from Goobjoog TV Jigjiga Office and vice director of the Somali region journalist Association. For the past years working different media houses in the region.

Type of Media and its reach:

Type of media: Television known as Goobjoog TV Jigjiga Office. Goobjoog TV covers and reaches around the world and is viewed by millions of viewers and followers. It has very interesting programmes and films which are viewed in Eastern African countries in particular.

After I won the Media grant funded by a global media campaign to create an awareness Campaign. I held a panel discussion programme on the role of Imams in mosques, who can help with the community awareness as they regularly present lectures to the community after the prayers.

I have invited Islamic scholars from the largest mosques in Jigjiga the capital city of the Somali region in Ethiopia, the most populated mosques, to convey the message of female genital mutilation to the worshipping community.

Since I joined the media campaign in this region for the eradication of Female Genital Mutilation. I have participated in panel discussions and other programmes that I have made from the support and grants of GMC.

The media is a golden opportunity to easily inform the public about the harm FGM causes to young girls.

In this programme which lasted for more than 20 minutes, the scholars discussed how to end the problem of female genital mutilation and the role of the Imams of the mosques in the media campaign to end FGM in the Somali region.

The Imam of the Al-Aqsa Mosque in Jigjiga said this while speaking on the GoobJoogTV programme:

The Imam of Masjidul Hashimi who was participating in the GoobJoogTV panel discussion said: FGM is a cultural practice that harms the health of girls.

"I am telling the parents who believe FGM circumcision to their daughters can be protection is wrong belief but they will be safe if their children are raised well and their morals are protected while they are getting mature." Imam of… Click To Tweet

Impact of the Programme:

At the end of the programme, which was an interesting discussion, the Imams condemned the act of FGM circumcision of young girls, which harms their future.

when this panel discussion was recorded and broadcast have the following impacts:

The success of the Programme: