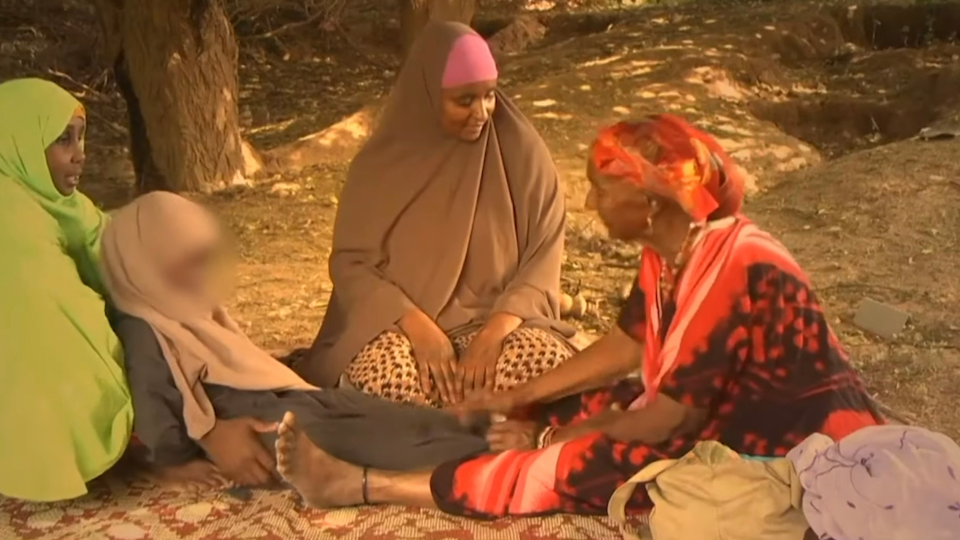 On the day of the African Child 16 June, Somali National TV broadcasted a program about FGM in Somalia.

The programme was attended by Adar Ali Mohamed, the Director of the Department of Children and Family Affairs and the Federal Ministry of Women and Human Rights, Sheikh Ali Wajiis, a prominent Somali religious scholar, Drs Shamsa and Ifrah Ahmed, FGM activist. The guests are very popular in the community and that is why I invited them all to the programme.

Somali-speaking communities around the world can access to watch the Somali National TV which is based in Mogadishu. And my program on African Child Day was watched around the world.

The impact of FGM on Somali girls cannot be overstated

Adar Ali Mohamed is the Director of the Department of Children and Family Affairs in the Federal Ministry of Women and Human Rights.

Women and girls living with FGM face serious risks to their health and well-being. These include immediate consequences after being cut, such as infections, bleeding or psychological trauma, as well as chronic health conditions that can occur throughout life, said Drs Shamsa who attended the program.

Therefore, on African Child day the attendees call on the Government to revive efforts for passage of the FGM Bill which has been stuck in the legislative process for several years.