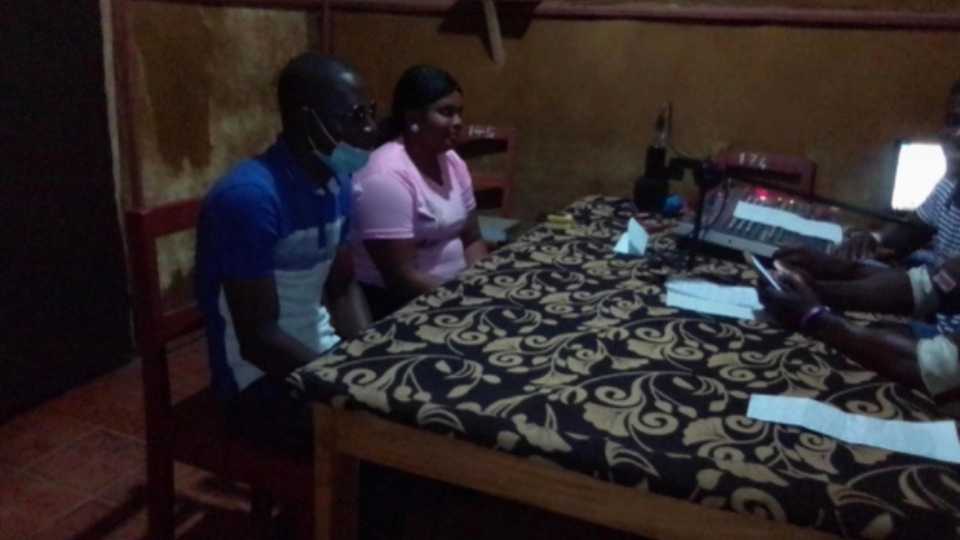 The team was massively involved in radio and community sensitizations on the Easter Cutting to end FGM within the district. Through our media campaign and community engagement we can reach 205 thousand listeners in broadcasting FGM messages and changed their perception.

We engaged the Fulla Chief to discuss on dangers of FGM initiations because the Fulla’s initiates their girl child below the age of 8 years without beating or sounding drums.
An activist by the name of Abdul was also hosted to discuss the issues affecting girls and women more especially in the areas of FGM concerning the cutting of girls.

Thirdly we engaged the Limba youth leader of Wara- Wara Yagala chiefdom who talked about the economic implication in the country as the Limba’s gather people, beating drums, cook a lot of food, eat and drink during FGM initiations ( Bondo) at the end they left with nothing but debt which makes life difficult for them and no proper planning for their cut girls, he, therefore, encourage the Limba community to turn away from such acts.

Our media campaign was successful because we can get our studio guests on air to educate listeners, the interventions of team Koinadugu with key messages has created significant impacts in raising awareness on FGM, and also their responses are positive which shows that they have a better understanding towards this Easter Cutting Media campaign in particular.

There are challenges in the implementation such as;

The Messages that came out of this Easter Cutting Media campaign are as follows;