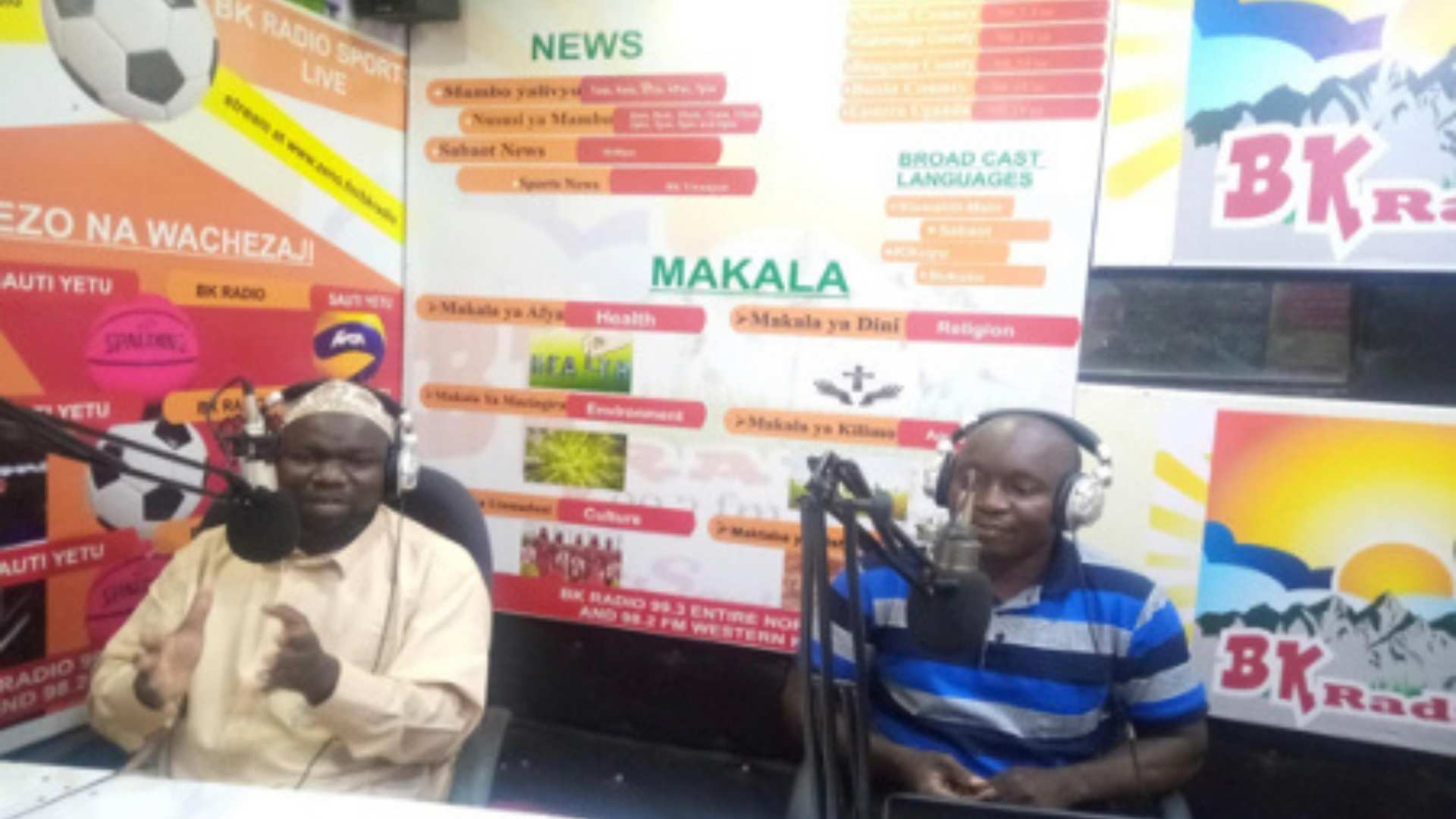 We had a two weeks radio jingle on BK Radio and a one-talk show that was held on which involved sheikh Mohamed Ali of Pangani Muslim community mosque and Bishop Ken Senelwa of Voice of Trumpet. The message is the religious upbringing of our children does not include FGM in the holy books.

The reason for having the spiritual leaders is to get a deeper understanding of what the Bible and Quran say about circumcision especially female genital mutilation.

The messages that came out from the two clergymen were so powerful. Both of them agreed that circumcision was meant to create a covenant between man and God but neither of the two holy books support female cutting. The radio talk show also reached an estimated 500,000 people from Mt Elgon, Trans Nzoia, and the North Rift region.

Radio End FGM Impact: While discussing another preacher called in live to support the program and requested to be hosted for the same discussion. Click To Tweet
Tags: Soloman Kiterie