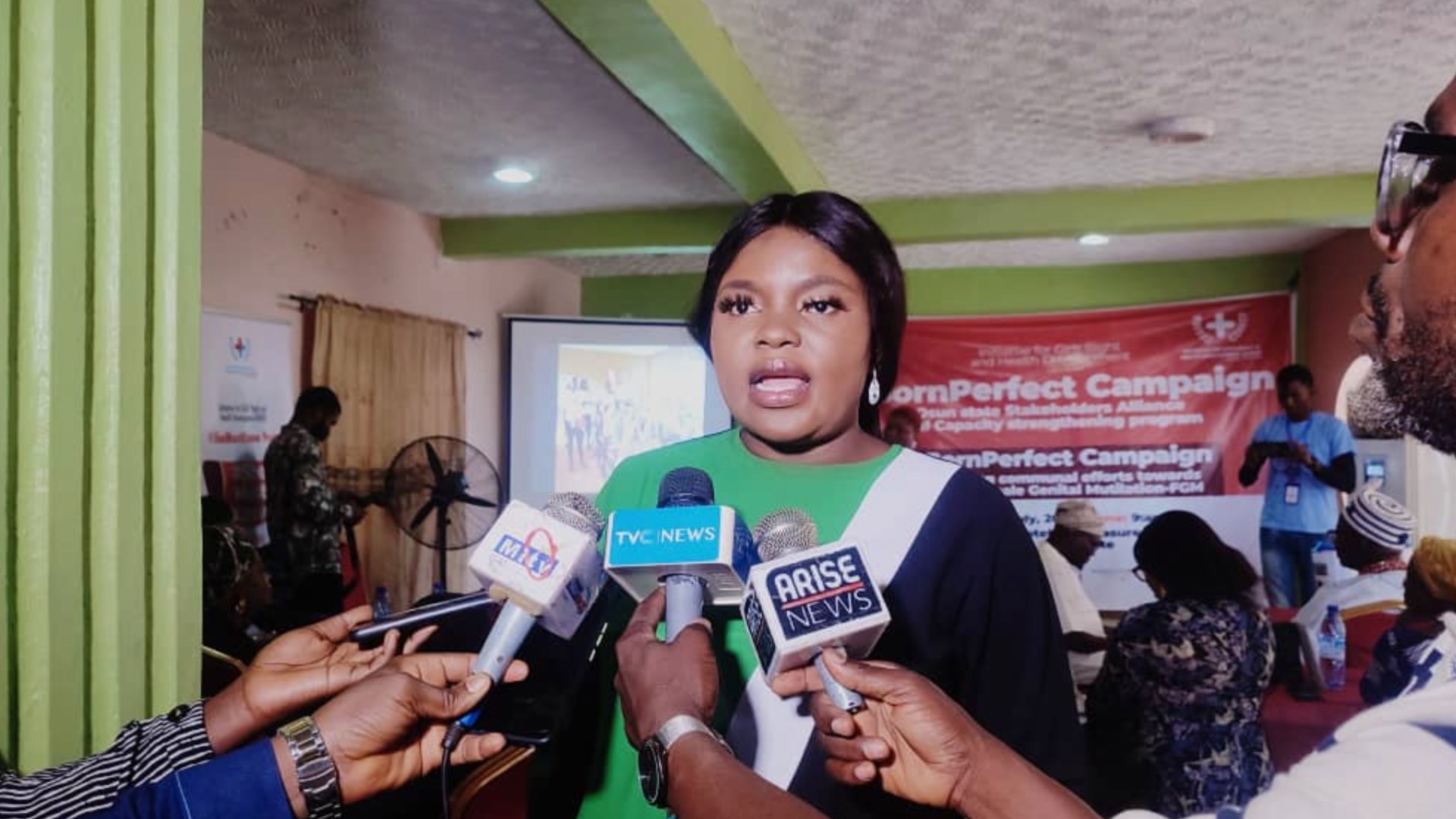 I introduced the #BornPerfect campaign to the Stakeholders and shared the efforts of GMC in ending FGM in the state. I told them having laws against FGM or domesticating the VAPP Act isn’t enough if the laws are ineffective as there has been no record of persecution in the state.

I explained to them the power and influence their respective titles and offices hold and how it can help speed up the total eradication of FGM by 2030.

I simply asked them to support our campaigns, and use their voices and offices to influence their followers, subjects, audiences, and fans against FGM.

“…It is imperative that people of high power and high influence join hands with local grassroots Activists in their campaigns if FGM must end by 2030”.

All represented Stakeholders agreed to be on the frontline of the campaign. Some have promised to make our time to be guests on radio and TV programs to speak against FGM, some have offered to give out their spaces and palaces for free for any type of anti-FGM gathering