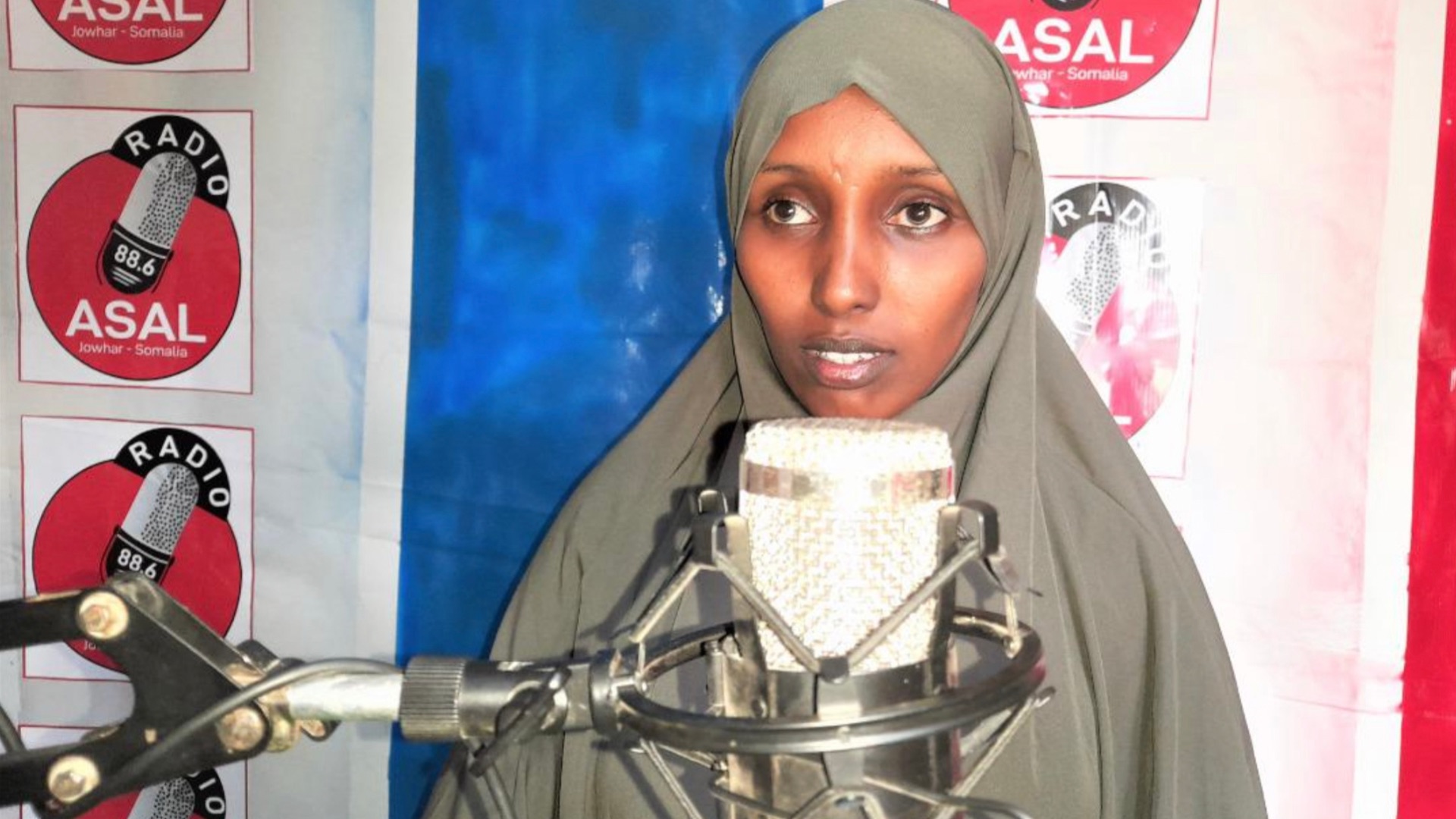 The debate was moderated by Adan Hussein Da’ud the director of Radio Asal and a member of the journalist’s movement to stop female circumcision.

Fatima Hassan Ali is one of the staff of UNICEF Jowhar. Fatima shared the discussion programme on the problems of circumcision for girls, which said that society still needs more awareness.

“When our offices visit the community, we work with them to stop violence against children in Jowhar.”

“Female circumcision is a bad thing because I was present at an incident where a young girl was circumcised and was brought from a village outside of Jowhar city, She bled a lot while being taken to the Mother and Child Hospital in Jowhar, and the doctors gave the little girl blood because she was bleeding profusely while being taken to Jowhar.”

“I request parents especially mothers to stop this circumcision is not good doctors told us to stop circumcision and please stop the abuse that is being inflicted on your daughters.” Fatima Hassan

On the other hand, Nastexo Abukar Omar is the director of Radio Heals. Nasteho told the truth about the problem of female circumcision and said that there are mothers who still cling to the wrong idea that girls should be circumcised and that will harm the girl’s mind and her health.

We at Radio Heals broadcast programs on stopping female circumcision. We work with organizations like GMC & Ifrah Foundation. I appreciate the joint efforts of the organisations I have mentioned.

Strong messages from the Media Campaign: