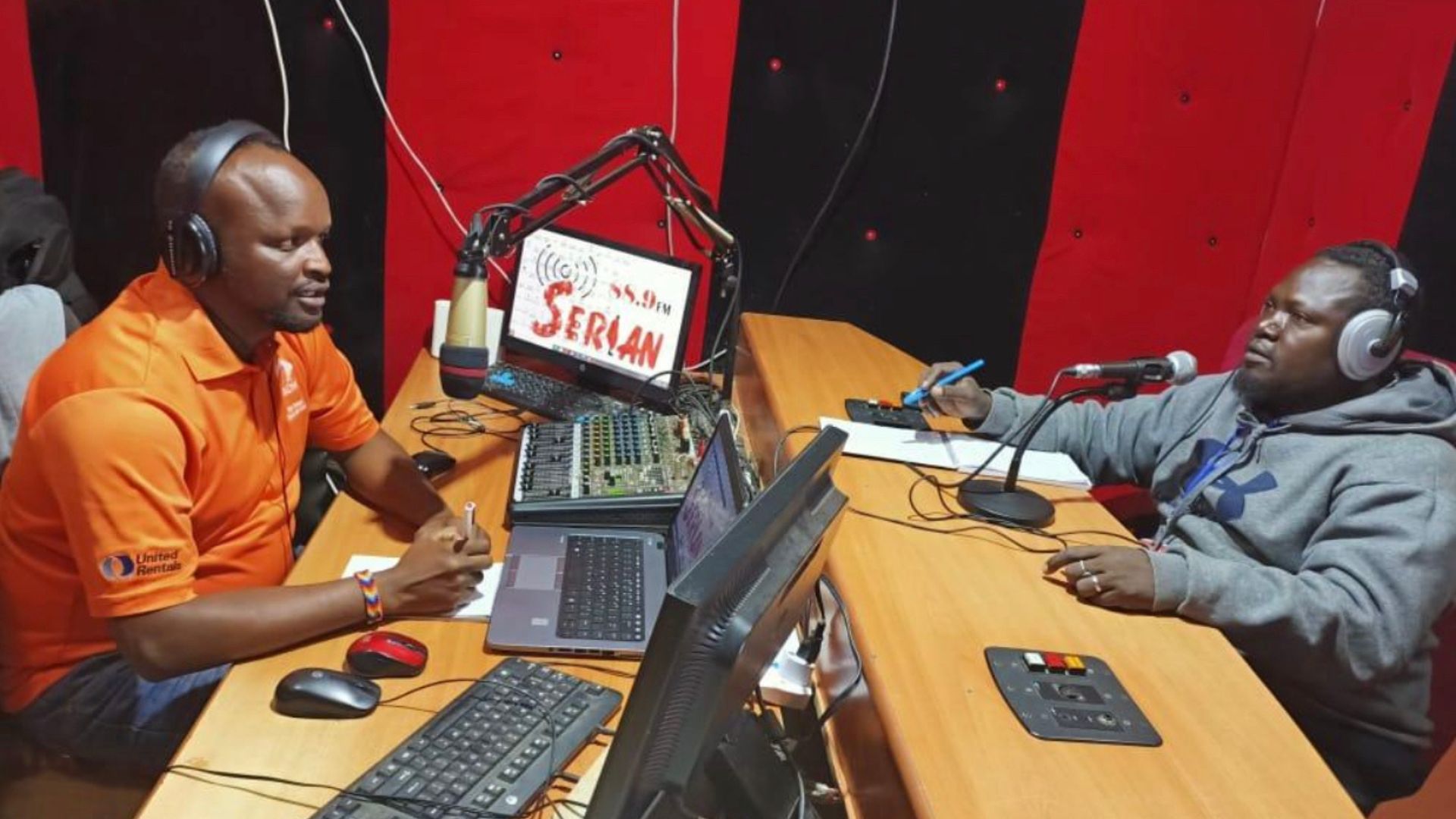 During this reporting period, the project has made good progress toward its goal of reducing incidences of FGM and child marriage outcomes. Girls and women suffered mutilation on the basis of the rite of passage to womanhood which is considered unclean and unsuitable for marriage.

FGM prevalence is 86% in the Samburu community, the practice is deeply rooted in Samburu, narrowing of the vaginal orifice with the creation of covering seal by cutting and opposition the labia minora or labia majora with or without excision of the clitoris.

Dr. Letiwa speaking on the effects of FGM

The project focused on more responsive community members and duty bearers with increased capacity to prevent and respond to FGM and child marriage; as a result, the project has reached more than 8,000 members of the community which include girls and boys, men and women, youths, service providers (health practitioners, police officers), teachers, and chiefs. This was achieved through active participation and contribution from the radio show session in partnership with the Global Media Campaign To End FGM(GMC).

The radio show empowered the community members on child rights and protections and the importance of education.

The Pastoralist Child Foundation has devised innovative and comprehensive approaches to prevent FGM/C in Samburu not only in the short-term but also in the long-term. The organization’s approach has seen it widen the scope of its advocacy.

The community is willing to accept the change, women did confess in the discussion that their daughters will not be mutilated. Some elders did agree but they requested that an alternative to the FGM as a rite of passage to womanhood and marriage be introduced. The ARP should be in line with the community norms and customs.

The team also empowered on child rights, life skills management, career guidance, self-awareness, reproductive health, and alternative rite of passage. We were able to advise members to take initiative and be change agents at the family, clan, and community levels.

Health reproductive Officer Samburu-Dr Lerte with Nick Lenyakopiro speaking on reproductive health issues and How FGM has NO health benefits.

Pastoralist Child Foundation has learned that there’s a great thirst for knowledge in the pastoralist community. When an organisation working on the ground dedicates its work to the empowerment of its own community the people are supportive. We now have elders cheering us on and saying, “No FGM!” community members who have attended our radio show share what they’ve learned with us at the end of the show.

Most elders and men are completely clueless about the magnitude of harmful effects FGM has on their daughters and wives. When females complain of physical pain, they often disregard the cries. Now they know the reasons for the physical, emotional, and psychological scars, wounds, and pain. We view it as the era in which the light has begun to shine, and the efforts to ensure continuity of shine are our focus.

Progress towards outcomes and outputs:

Outcome 1: More responsive community members and duty bearers with increased capacity to prevent and respond to FGM and child marriage.

Outcome progress: Community members, government staff, and other stakeholders are handling child protection issues and also responding to FGM and other related concerns. Youths and morans are willing to accept change, some have already married uncircumcised ladies, and trained girls said NO to FGM and child marriage. This has been attributed to the meetings and training conducted by the project in partnership with other stakeholders.