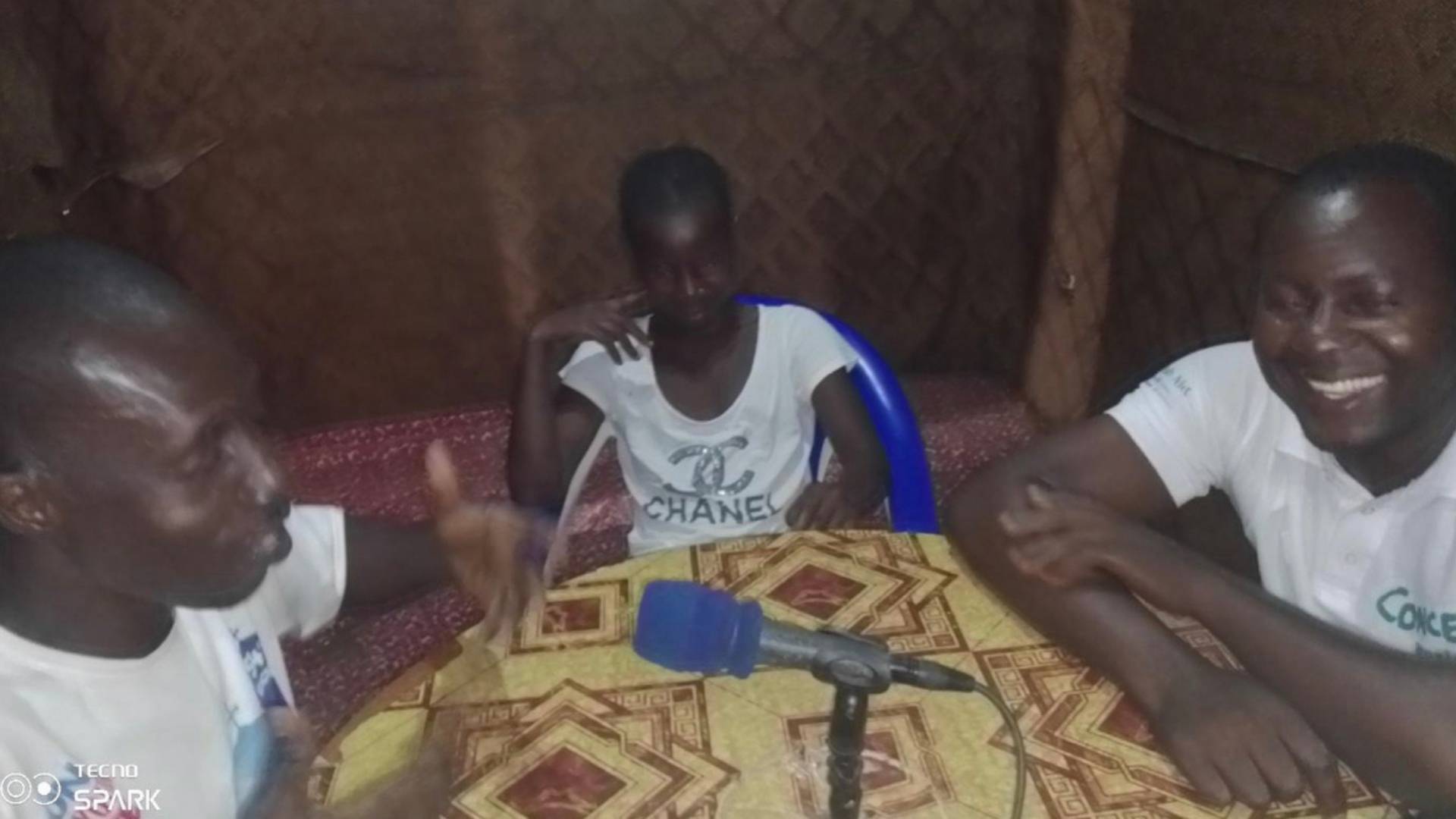 At the Gbonkolenken Radio 93.7 FM in Yele Town, Team Tonkolili’s most recent campaign ended up an hour radio program with an audience of over 67,000 listeners that appreciated the good work of the team.

The team invited stakeholders including teachers, students, and religious leaders to our one-hour program. The team and guests discussed the essence of the dangers of FGM and the effect on initiating girls.

The team recognized that those that are engaging in FGM initiations, often lead to many girls abandoning their academic pursuits due to the practice.

The team preached against subjecting women and girls to a practice that retrogress or have no benefit for women and girl.
The team and its guests also spoke on the practice’s economic implications, health hazards, and social and moral retrogression.

One of the guests, Pastor John Benjamin Koroma appreciated the team and the sponsors for the work on ending FGM in Sierra Leone, especially Tonkolili District.

"Tonkolili has a high prevalence of FGM initiation in Sierra Leone therefore sponsoring to end the practice in this part of the country speaks volumes this will bring the barbaric practice to a halt."Pastor John Benjamin Koroma,… Click To Tweet

Pastor Koroma also spoke on hour Easter period has been designated by Soweis and some chiefs to undertake the practice of FGM.

He appealed to sponsors especially GMC to do more because seldom campaign will not end the practice but it requires frequent campaigning.

A challenge to accessing communities as the roads are deplorable.

With the availability of funds, the team intends to cover the 19 chiefdoms in Tonkolili District as well as cover the 6 Radio stations in the district.