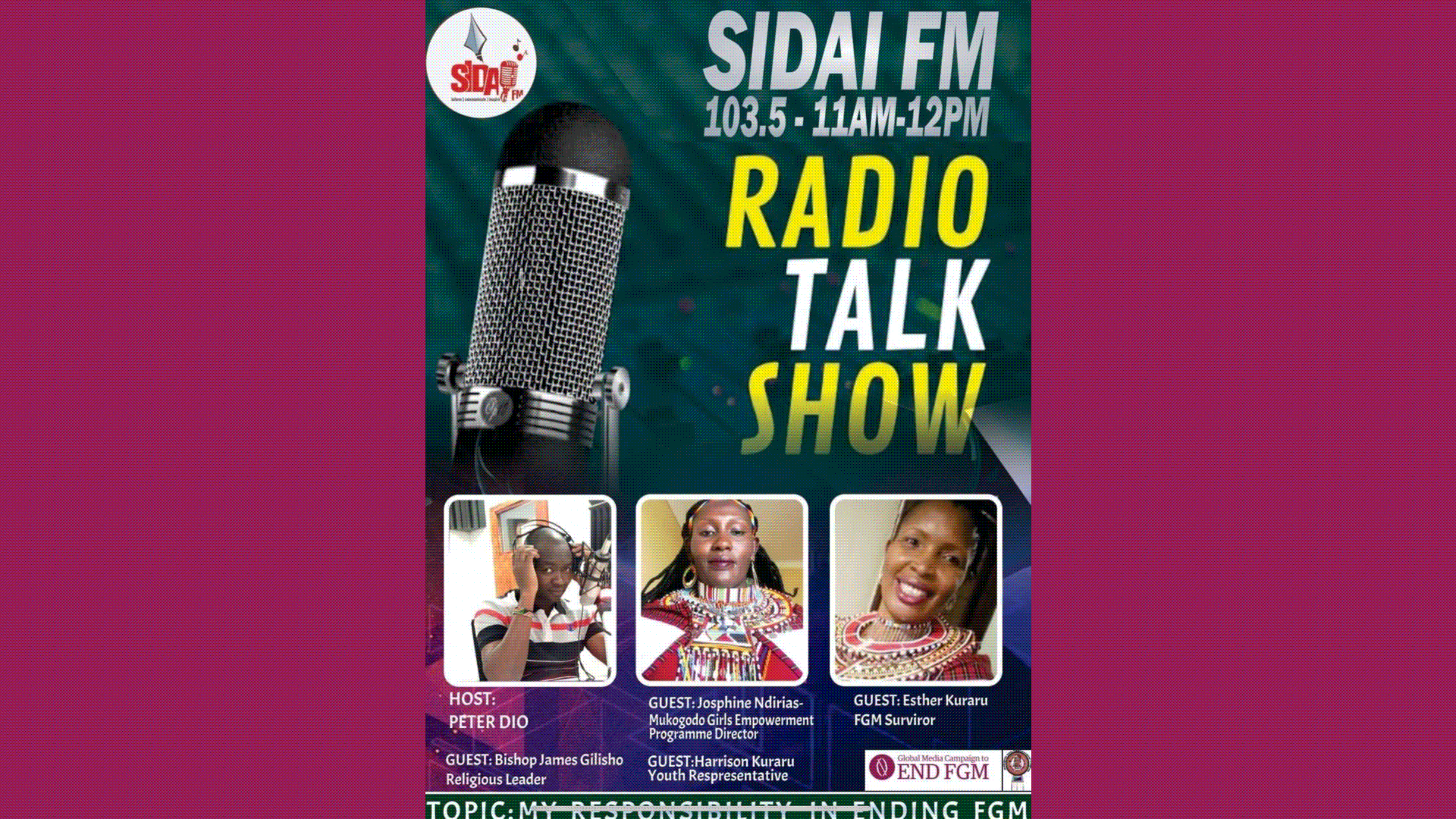 Josephine Ndirias is an anti-FGM campaigner that organised a radio show about the effects of FGM. Covering the areas of Laikipia, Narok and Samburu.

A brief description of the project

For the last three years in my community, a drastic change of norms has been noted whereby the girls cutting is no longer celebrated and it is done on another occasion or at night.

Christmas Holiday has lately been the peek for cutting girls. Mukogodo girls empowerment programme hosted a two-hour radio talk with sidai FM a Maasai radio station that is listening in all maa speaking counties, Laikipia, Narok, kajiado, and Samburu.

We had four speakers, two survivors, a religious leader, and a young man. Survivors are very influential in the sense that they have gone through all this complication associated with FGM complication so them narrating their pain will scare the listeners not to make their daughters go through the same pain.

Religious leaders are very much respected in the community and have 90 % of followers in the community so his message based on the biblical aspect, will be much respected and adhered to. In my community, we have hard girls saying they must go through FGM so that they can get men to marry them, so we had a young man declaring on behalf of other young men that they will marry girls that are not cut.

The show was successful as we got feedback calls and interactive calls from three counties, Laikipia, Narok, and Samburu. We also had a lot of online reactions and applause on social media platforms. A recording is attached.

The response from the listeners was encouraging that almost everyone in the society knows that FGM is harmful to the girl child and those who are still practicing are just trying to be slaves of their own culture.

My biggest unexpected win was the number of people reach instantly on the radio station, the response was amazing. An expected challenge was getting a chance in this local radio station.

If we do another project…

Having known that radio station reaches a lot of people instantly, I will do more mobilization and preparation to engage more dialogue and participation.